Want to know more about Bosnian food and cuisine? The Bosnia and Herzegovina cuisine has both Eastern and Western influences. It’s a mix between the former Yugoslav, Middle Eastern, Balkan, and Mediterranean cuisines.

In Bosnia there are several delicious and interesting dishes to try. From soups and different kinds of meat dishes to pies and stews – the food scene in Bosnia is ready for you to be explored. Here are 12 traditional dishes that you can taste in Bosnia and Herzegovina:

Cevapi is a classic dish to eat in Bosnia and Herzegovina. It’s basically small kebabs made from lamb or beef.

The meat is grilled and served in a Bosnian pita bread (somun) along with raw onions. It’s a popular dish to eat for lunch, dinner, or as a snack if you’re hungry. 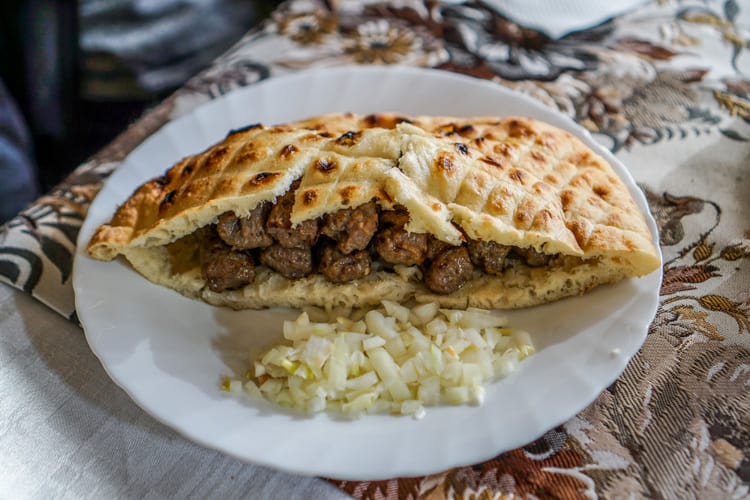 When ordering the dish Sahan you’ll get a big plate with mixed grilled meats. It’s usually lots of food, so if you’re not super hungry, I would suggest to share this plate and order some local side dishes as well.

It’s a nice dish to order, since you get a variety of tastes in one plate.

Begova Corba is a soup made of slow cooked chicken and various vegetables such as potatoes, celery, and carrots.

It’s boiled into a thick and creamy soup, and is served warm as an appetizer. 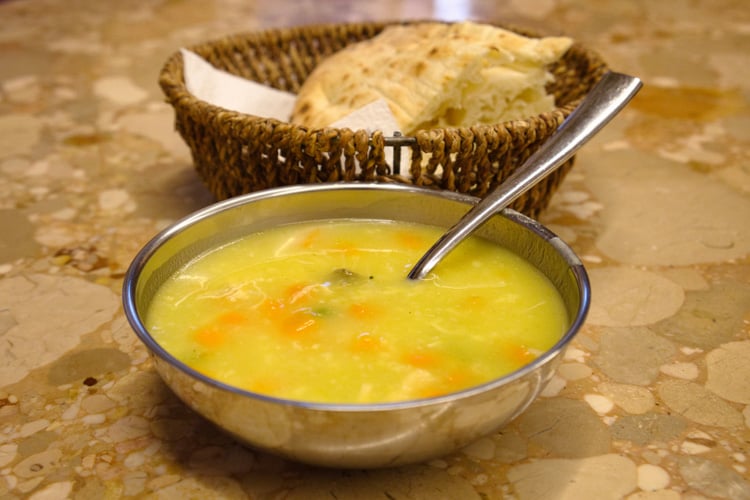 Burek originally comes from Turkey but it just as popular in Bosnia. It came to the country by the Ottomans and has stayed as a favorite ever since.

It’s a flaky pastry filled with either meat, cheese, or spinach.

You can buy a burek at every bakery in Bosnia. It’s a perfect on-the-go snack when exploring Bosnia! 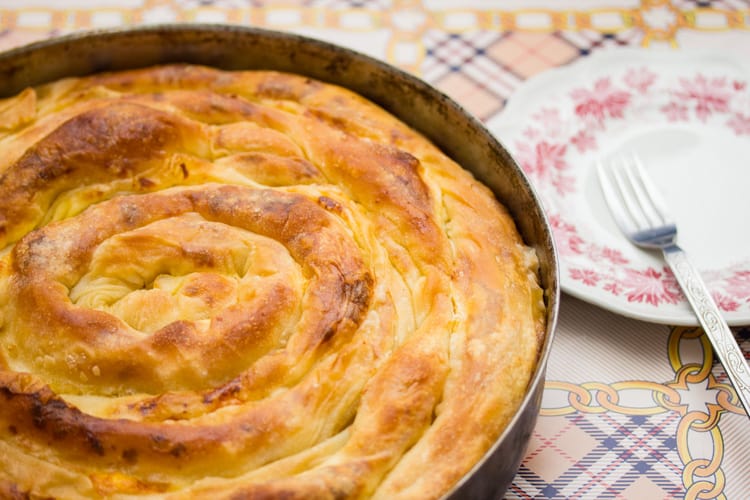 Ražnjići is a Serbian meat dish that’s very similar to the Greek souvlaki. It’s a popular dish in most former Yugoslav countries.

It’s made of small pieces of meat that are grilled on skewers. Simple, flavorful, and delicious.

If there would be a national dish of Bosnia, this would probably be it. Bosanski Lonac is unique to Bosnia and is a vegetable and meat stew.

It’s been made in the same way for hundreds of years. It’s made of big chucks of meat and vegetables that are layered in a pot. Water is added and is cooked for about 4 hours until ready.

When it comes to Bosnian food, this is one of the dishes that you have to add to your Bosnian food bucket list! 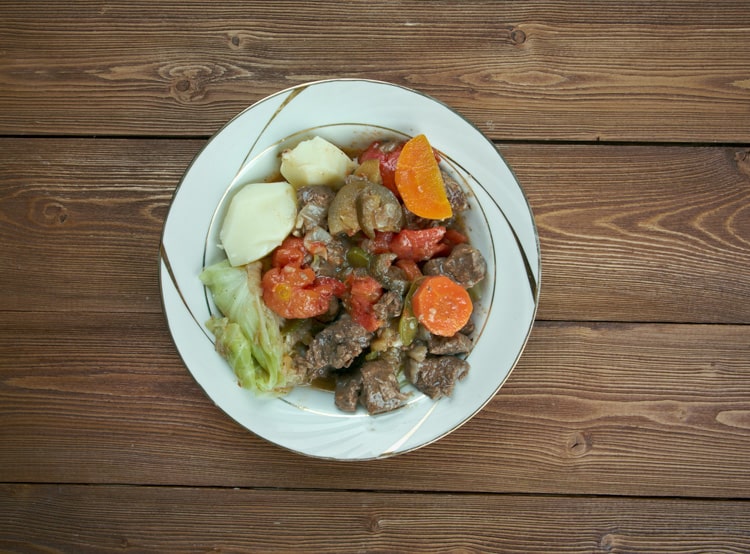 Dolma is a popular dish in Bosnia, as well as in other countries around the Mediterranean and Balkans.

It’s made with vegetables such as zucchini, eggplant, and peppers, and is stuffed with either meat or rice. The meat dolma is served warm with a lemon sauce, and the rice dolma at room temperature with a yoghurt garlic sauce.

When in Mostar, make sure to taste the regional dolma dish that’s made of rice and meat filled onions. It’s called ”Sogan Dolma”.

Trahana is a delicious soup that’s loved by the locals in Bosnia, as well as the locals of many other countries such as Greece, Turkey, Bulgaria, and Albania, etc.

It’s a tomato-based soup with pasta and vegetables. The sour dough pasta has been fermented for several days, which gives the soup its unique taste.

If you see this dish on a menu in Bosnia, make sure to order it! 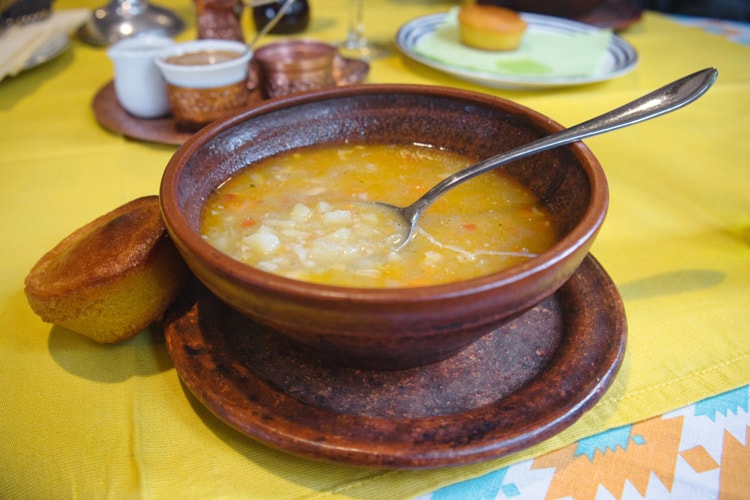 Đuveč is a stew made from meat (chicken, pork, lamb, or beef) and various vegetables such as onion, peppers, zucchini, eggplant, tomatos, potatoes, carrots and peas.

It’s flavored with vinegar and paprika, and is seasoned with various herbs.

Ajvar might not be a dish, but it’s a type of sauce that’s popular to eat with several dishes in Bosnia.

It’s made with roasted red peppers, oil, and salt. But can also contain roasted eggplant, garlic, chili, and various spices.

It’s common to eat with the dish Cevapi, but also as a spread on bread. 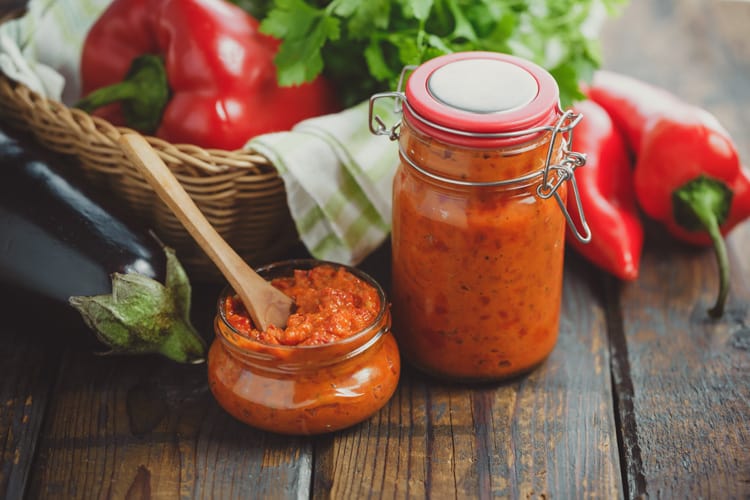 Klepe is the Bosnian version of the Balkan-style dumplings. It’s made of dough filled with meat (beef or lamb) or cheese.

The dumplings are then steamed until they get a soft texture. They’re served alongside a yoghurt or garlic sauce.

Grah is a traditional Bosnian bean soup made of Peruano beans, onions, carrots, and bell peppers. Sometimes meat is added to the soup as well.

It’s served hot, and is popular to eat during the cold winter days in Bosnia. 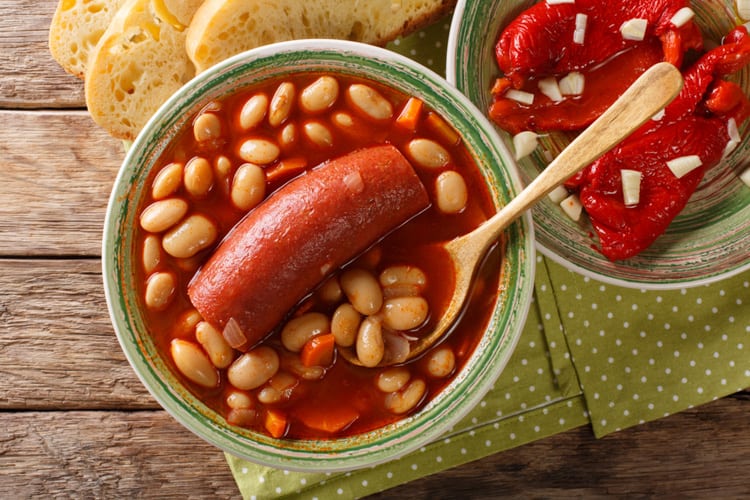 Bosnian food is usually made with several spices, and common ingredients such as potatoes, onions, garlic, tomatoes, spinach, and bell peppers.

Milk, and the creams called kajmak and pavlaka are also staples in the Bosnian cuisine.

When adding meat to the local dishes, beef and lamb is the most common due to the Islamic dietary laws. However, Bosnian Croats and Bosnian Serbs consume pork as well. 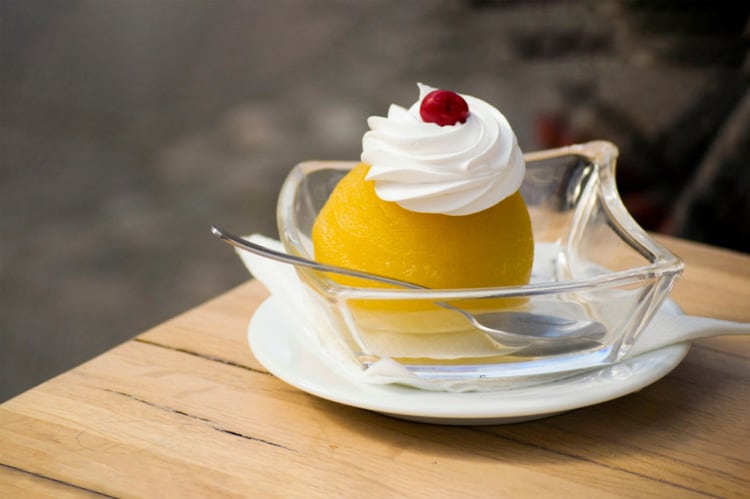 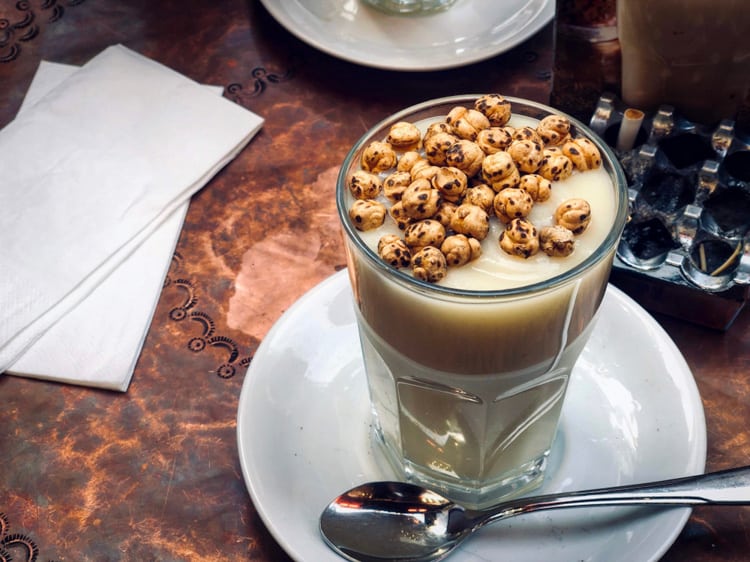 Do you have more questions about Bosnian food and cuisine? Leave a comment below!