11 British Desserts and Cakes to Taste

There are so many delicious desserts to taste. From the classic fruitcake and eaton mess to bread & butter puddings and fruit fool – your taste buds are going to love these sweet treats.

Here are 11 British desserts and cakes to taste during your next trip to United Kingdom:

The arctic roll is a classic frozen dessert in the United Kingdom. It’s made of light sponge cake, vanilla ice cream and a delicious homemade strawberry jam.

It’s a simple but delicious dessert, so make sure to taste it if you see it on a menu at a restaurant or café in the UK. 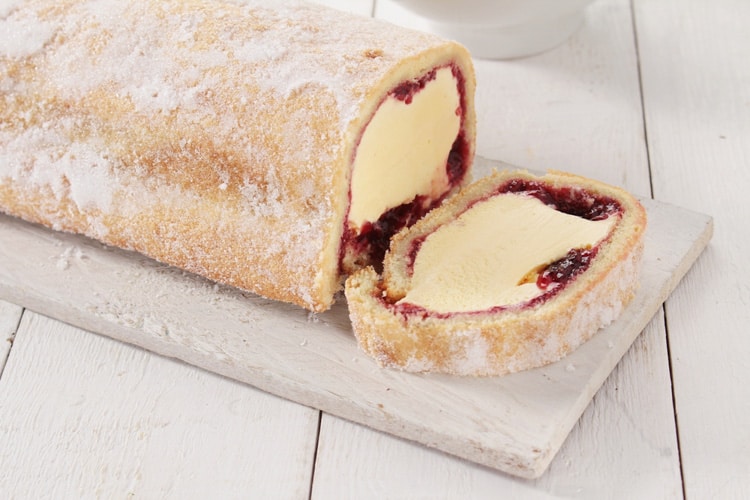 This dessert was made by poor families to make an inexpensive dessert and to save stale bread instead of throwing it away.

It’s made of layering slices of stale buttered bread with raisins and an egg custard mixture. It’s baked in the oven and served with some custard or cream, as well as some sweet and fruity jam. 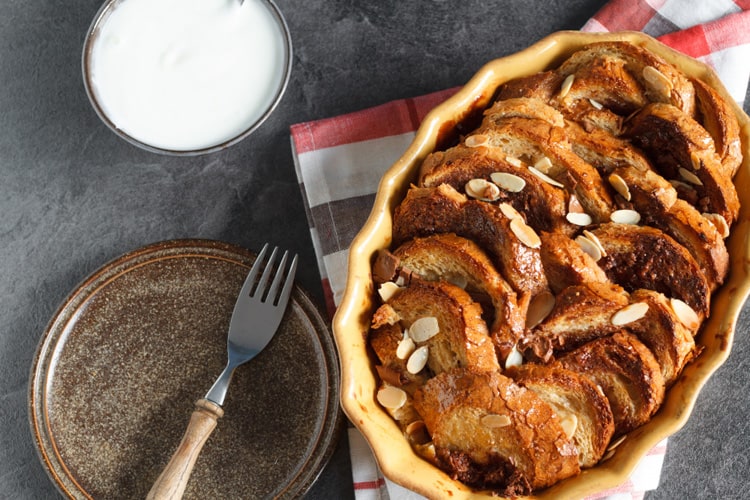 The banoffee pie has been around since the 1970s, when it was invented by the chef and owner of the Hungry Monk Restaurant in East Sussex.

It’s a pie made of bananas, cream, and toffee on a buttery biscuit base. Some recipes also include chocolate and coffee in the banoffee pie recipe. 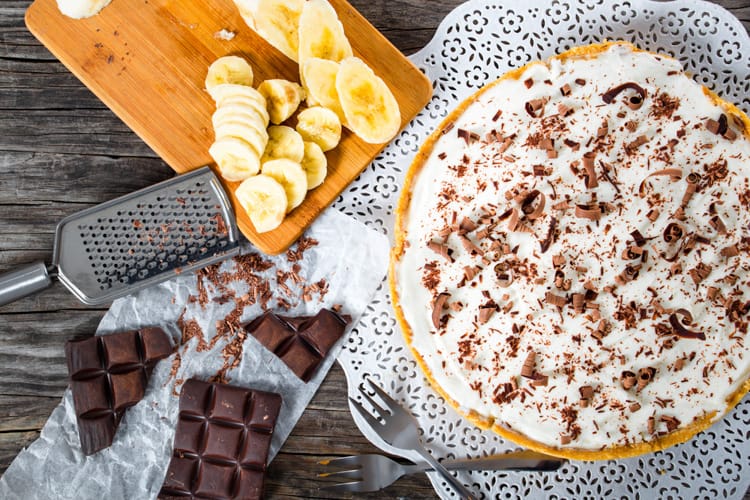 This is a layered ice cream sundae served in a large tall glass. It’s made of ice cream, cream, fruits, and meringue – all put into layers and eaten with a long spoon.

The knickerbocker glory may also be topped with various syrups, nuts, whipped cream, and a cherry on the top. It’s no doubt one of the most delicious British desserts. 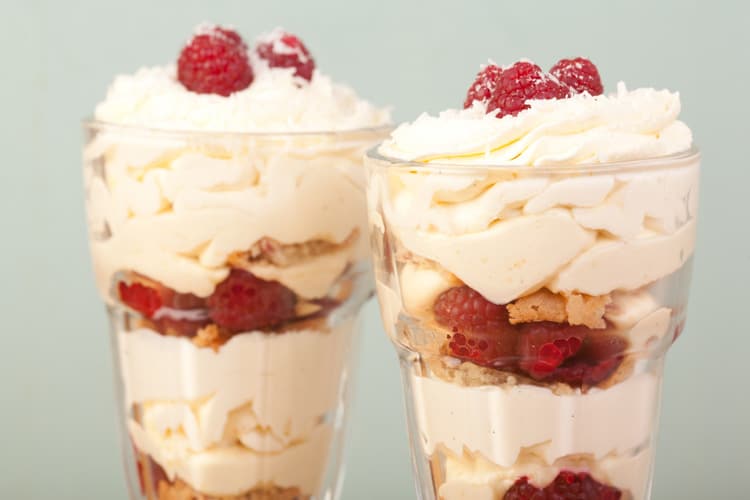 The railway cake, perhaps better known as the ”spotted dick”, is a British pudding made with suet and fried fruits (usually currants or raisins).

It’s believed that the funny name comes from the word ”dough”, and the dried fruits that looks like spots. 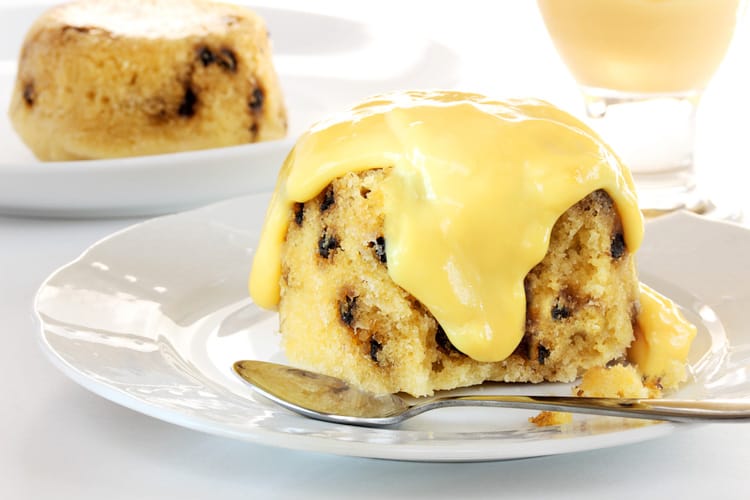 This is another simple dessert that is traditionally made by folding pureed stewed fruit (usually gooseberries) into a sweet custard. However, some modern recipes uses whipped cream instead of the custard.

Raspberries and rhubarb are also common to use in this British dessert. 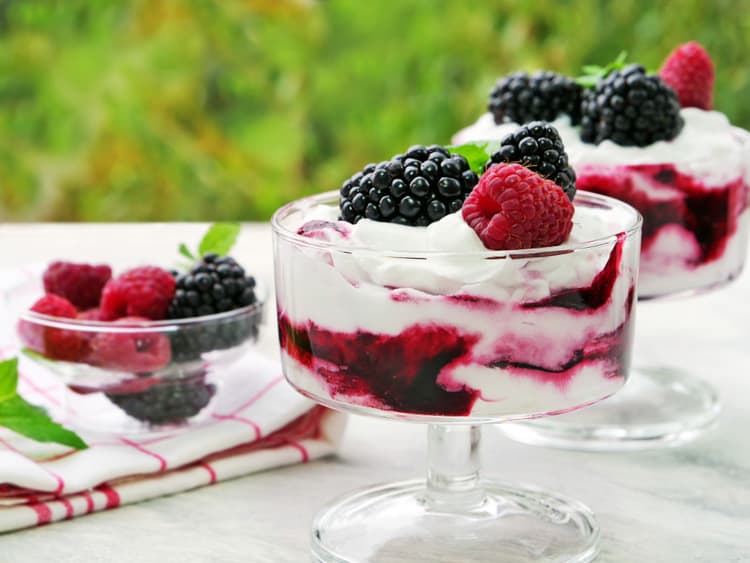 The classic British fruitcake dates back to the Middle Ages. Back then it was a good cake to make since it lasted for a long time thanks to the fruit and alcohol that worked as preservatives.

It’s truly a classic dessert that has long been served as a traditional cake as royal weddings.

In Ireland they have their own version of the fruitcake, which is known as the Irish barmbrack. The only difference is that this Irish dessert soaks the fruit in Irish whiskey before being baked in the oven. 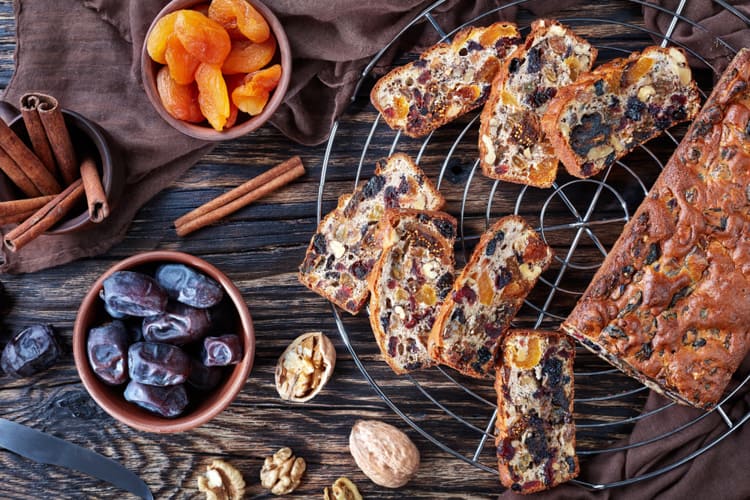 Eton mess is a traditional dessert made of strawberries, meringue, and whipped cream. This dessert is believed to originate from Eton Collage and is served at the annual cricket match. The word mess refers to the appearance of the dessert.

Another version of this dessert is the Lancing mess, which is made with bananas instead of strawberries. 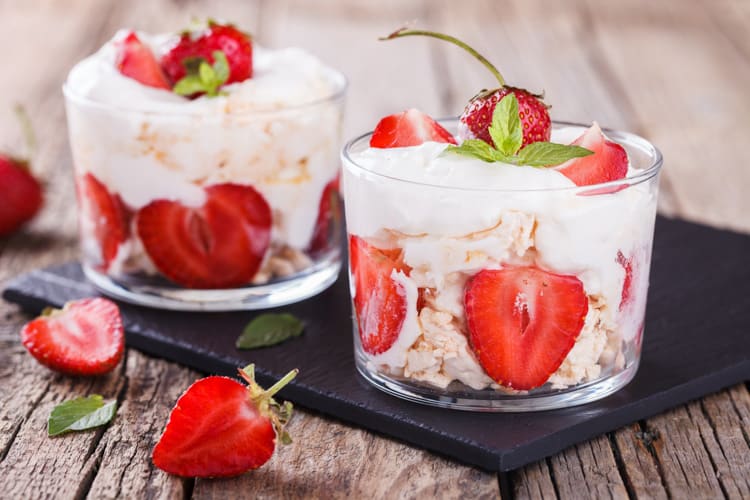 In United Kingdom, everyone’s familiar with this delicious British dessert. It’s a rolled pudding with layers of fruity jam that’s been steamed or baked in the oven.

Roly-poly is usually served with hot custard. It’s a classic school lunch dessert in the UK. 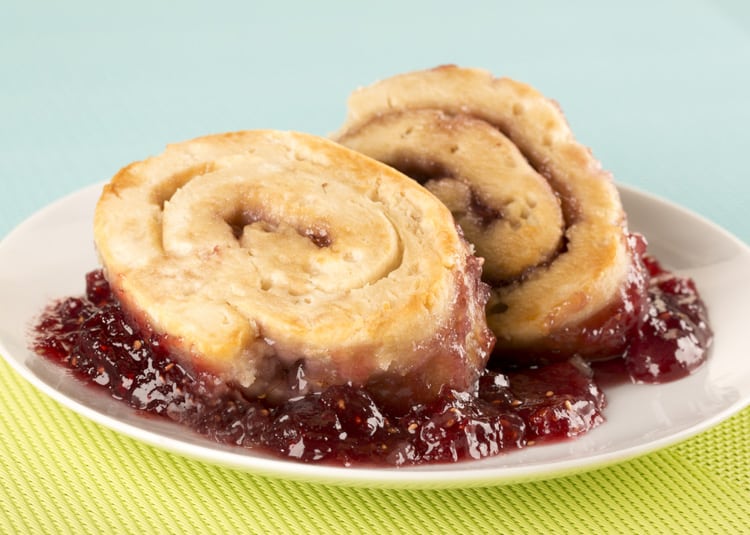 Sticky toffee pudding is a British dessert made of sponge cake covered in a delicious toffee sauce.

This pudding is served warm with some vanilla custard or vanilla ice cream on the side. It’s a simple, but delicious British dessert. 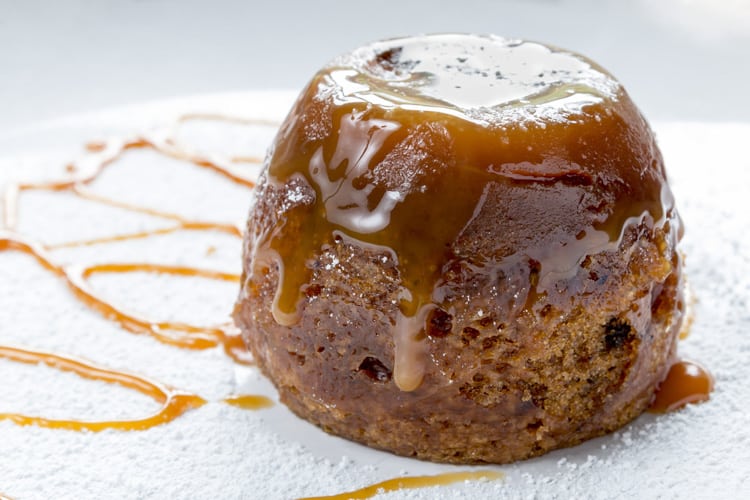 This dessert is made with sponge cake, custard, jelly, whipped cream and berries. It’s a pretty simple dessert to make, but is still a big favorite among the locals.

It’s a classic, so make sure to taste it while you’re in the United Kingdom. 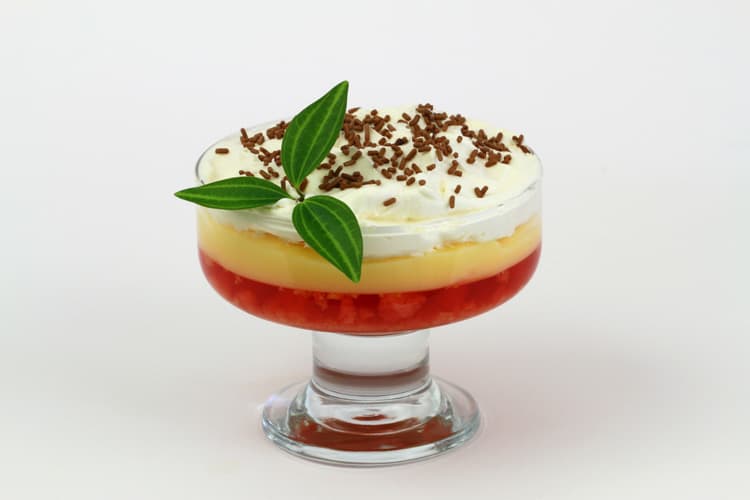 There are so many delicious British desserts that you can taste while traveling around the country. 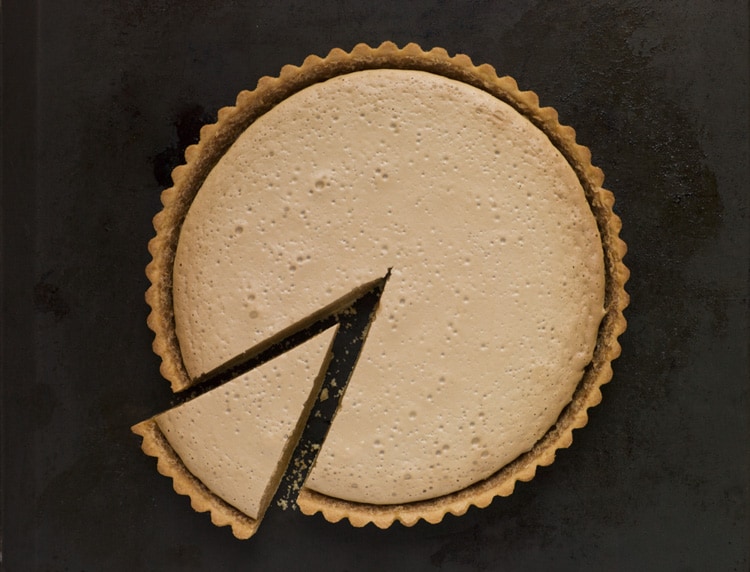 What are your favorite British desserts? Leave a comment below!