Do you want to see some New York castles? Here are 11 Magical castles in New York that you can visit during your next trip:

Bannerman Castle was built in the early 1900s and was used to store military equipment. Today it’s most ruins left of the castle, so it’s not open to the public.

However, through guided tours, you can see the castle ruins as well as some other cool sights on the island. 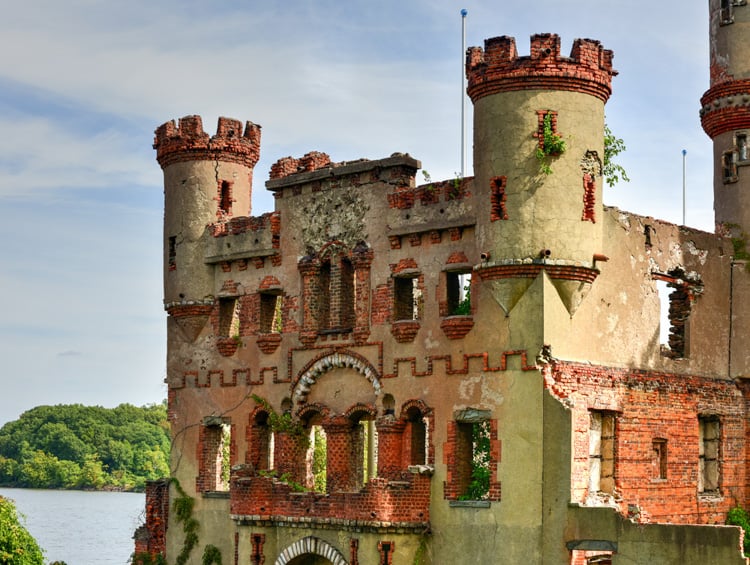 This little castle was built in 1860 inspired by the castles in Ireland. Today it’s mainly used as a restaurant and wedding venue.

It’s said that the Beardslee Castle is hunted, so you might be lucky to see ghost or two. They also arrange Murder Mystery dinner shows at this castle if you’re into those kinds of spooky experiences.

On the North Shore of Long Island in West Hills, you’ll find this beautiful chateau-style castle. It was built between 1914 and 1919 to be a luxurious country house for Otto Hermann Kahn. 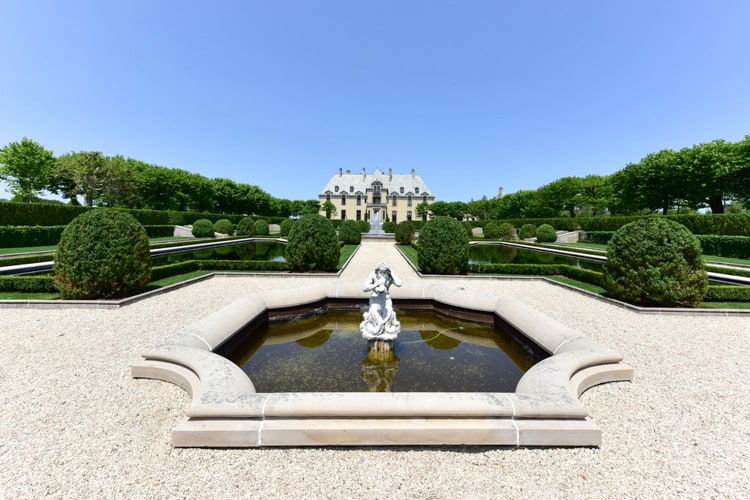 Lyndhurst Mansion is located in a 67-acre park next to the Hudson River in Tarrytown. It was designed by Alexander Jackson in 1838 to be a country house.

Thanks to her, this Gothic-style building is today open to the public, ready to be explored by its visitors. 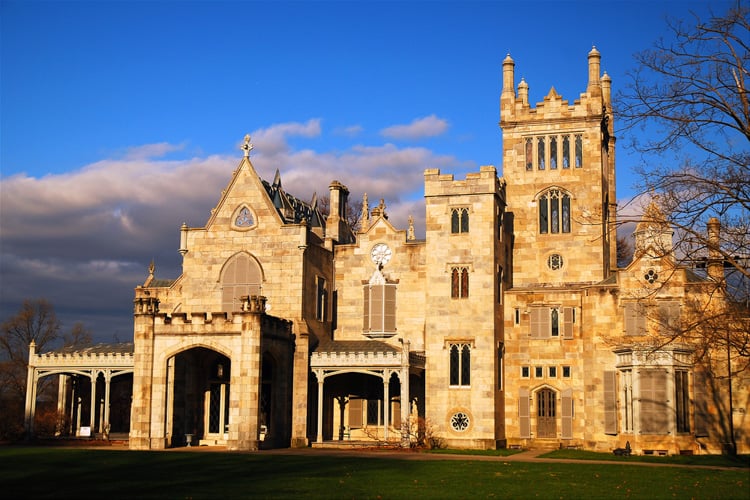 It was built between 1905 and 1960 by the Bourne family and features 28 rooms, a boathouse, and a four-story tower. The castle also has several tunnels, underground passages, and dungeons.

Today it’s popular to visit the castle through guided tours. It’s also a popular wedding venue, and they’re famous for its Royal Suite, where you can overnight if you like! 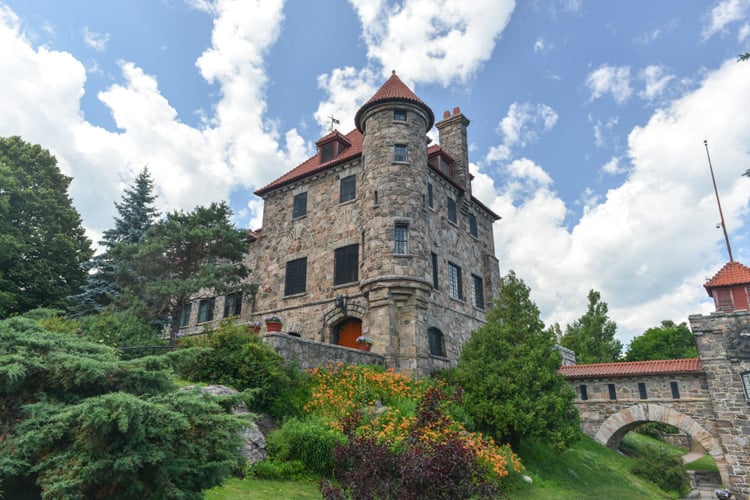 Boldt Castle – One of the most magical castles in New York

Boldt Castle is located on Thousand Islands in Alexandria Bay. It was built by the millionaire George Boldt to show love for his wife, but tragically she died before it was completed.

It’s a 120 room castle that’s very well preserved. Through guided tours, you can visit the castle to see its beauty in person.

This is no doubt one of the most magical castles in New York. 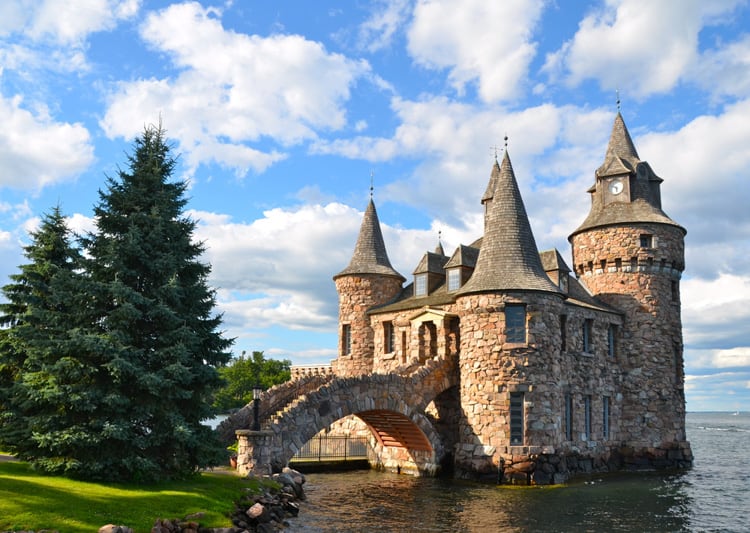 It was built by a local family in 1978 to fulfill their dream of living in a castle. In 2010 they decide that they wanted to make their property available for other people to enjoy, so today it’s possible to stay here.

You can book a small castle cottage, a royal bedroom, the king suite, or the whole castle if you like.

It’s a popular spot for weddings, family vacations, or just among those who want to experience how it’s like to stay in a beautiful castle.

In 1947 there were plans to turn this mansion into a shopping center, but a few years later the Manhattanville College purchased 250 acres of the estate including the Reid Castle.

Today the Reid Castle is located on the Manhattanville College campus and is a popular spot for weddings, bar mitzvahs, conferences, and meetings. 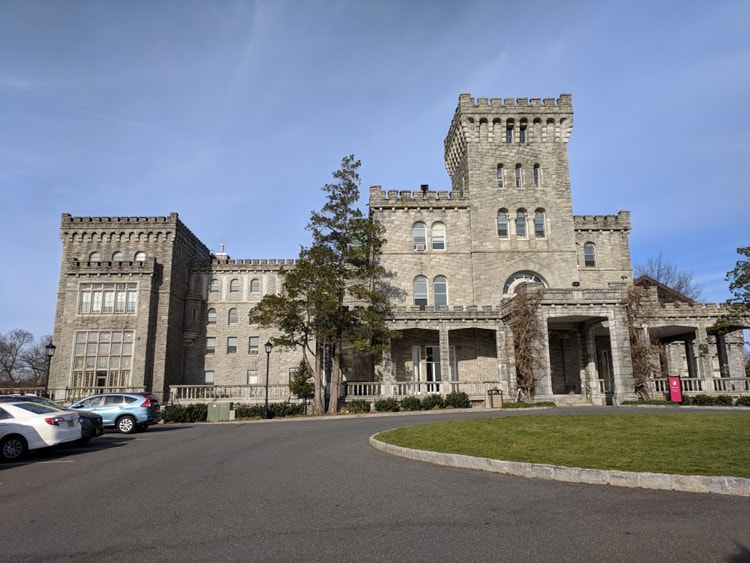 One of the most beautiful spots in Central Park is the Belvedere Castle.

The Belvedere Castle is a folly, a building that was constructed primarily for decoration. However, it’s still one of the most magical castles in New York.

It was designed by Frederick Law Olmstead (who designed Central Park) and Calvert Vaux during the late 19th century.

Inside this cute little castle, you can visit the exhibit rooms and the observation deck, which offers some beautiful views of Central Park. 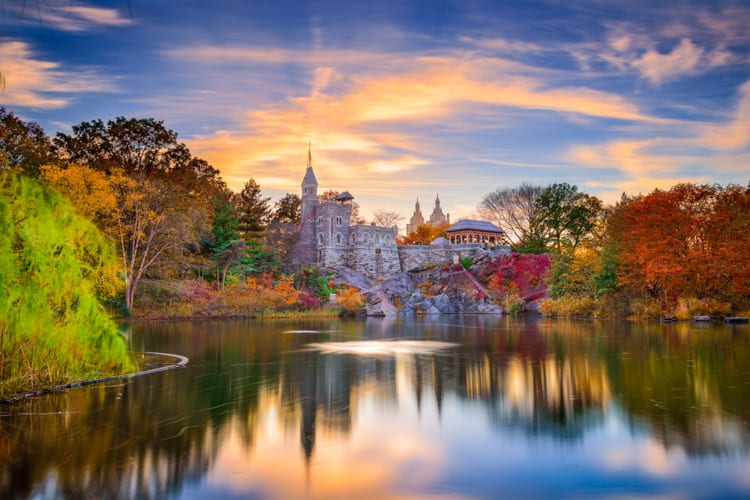 Belhurst Castle was built in the late 1800s and is located on the shores of Seneca Lake in Geneva. Once used as a private residence and as a speakeasy during the Prohibition era, today its a luxury hotel, restaurant, spa, and winery.

It’s a popular castle to visit for their wine-pairing dinners, as well as for weddings and other special events. 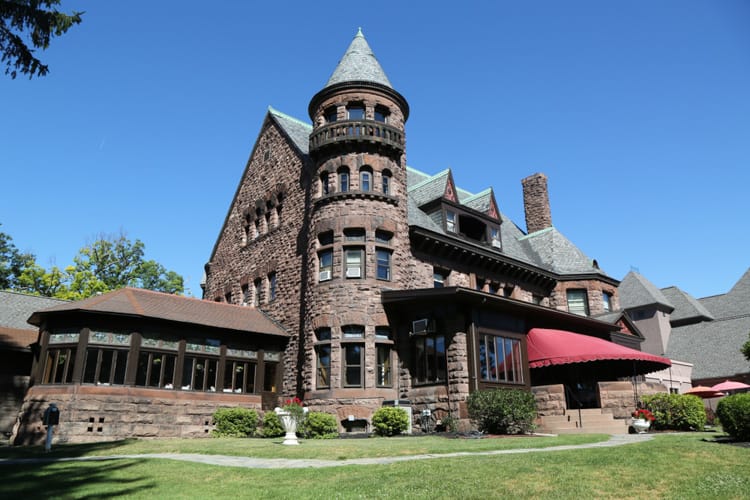 It was built in 1970 by Peter and Toni Ann Wing. A couple with a big love for castles, so they built a castle to become their home.

Today this is one of the castles in New York where you can overnight since it has been turned into a bed and breakfast. In addition to that, it’s a unique accommodation, they also offer guided tours and several events throughout the year, summer camps, etc.

The Olana Historic Site has during a long time been home to the famous landscape artist Frederic E. Church. In this house, some of his most famous paintings have been created.

Today the Olana Historic Site is a museum and National Historic Landmark. It’s one of the most visited castles in New York state. 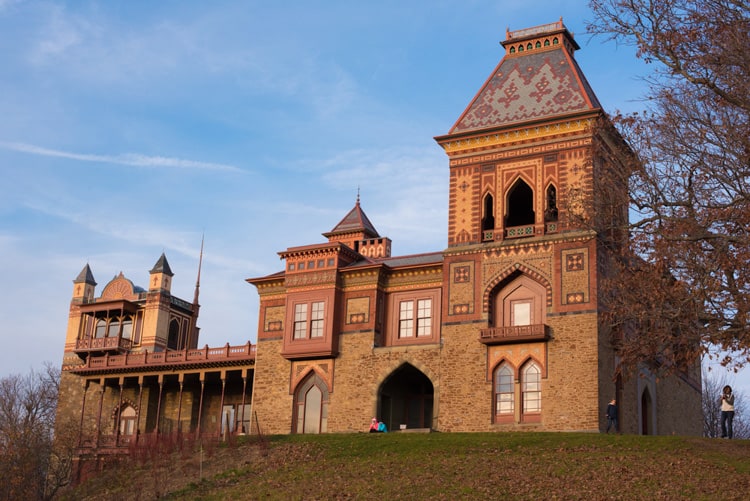 Castle Rock was once home of the former Illinois Central Railroad president William H. Osborn. It’s beautifully located up on a hill overlooking the Hudson River.

It was built in 1881 by J. Morgan Slade to be a summer residence and has ever since been listed on the National Register of Historic Places.

Castle Rock is one of the castles in New York that can, unfortunately, not be visited since it’s not open to the public. However, the surrounding nature is beautiful and is a popular spot for both mountain biking and hiking.

From several spots in the nearby area, you can see this beautiful castle high up on the hill.

The Hempstead House was built in the early 1900s by Howard Gould, son of the famous railroad tycoon Jay Gould. It was once owned by the US Navy, but in 1971 it was handed over to New York state.

Today both concerts and lectures are held at the Hempstead House throughout the year. Tours are also available for those who want to explore it. 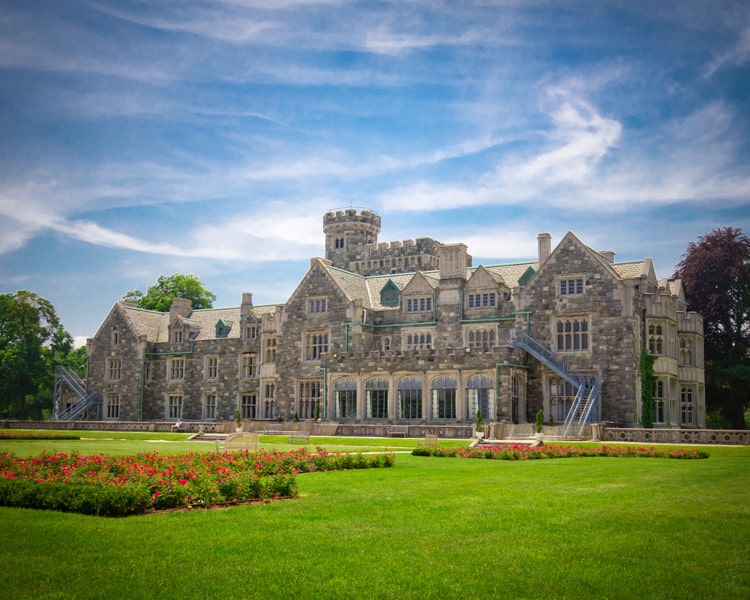 Do you have any other questions about the castles in New York? Leave a comment below!