12 Chinese Desserts and Cakes to Taste

Want to taste some Chinese desserts during your next trip to China? China is a country that’s full of surprises when it comes to desserts. Bean popsicles, mooncakes, black sesame soup, and grass jelly, are just to name a few interesting Chinese desserts.

There are so many delicious things to eat and new flavors to discover. Here are 12 Chinese desserts to taste during your trip in China:

Tangyuan are small balls made from glutinous rice flour mixed with water. These balls can be unfilled or filled – normally with ground black sesame seeds mixed with sugar.

They’re served in boiling water with fermented glutinous rice or in sweet syrup, but can be fried as well. This is a popular Chinese dessert that’s traditionally eaten during the Winter Solstice Festival, Lantern Festival, and during Chinese weddings. 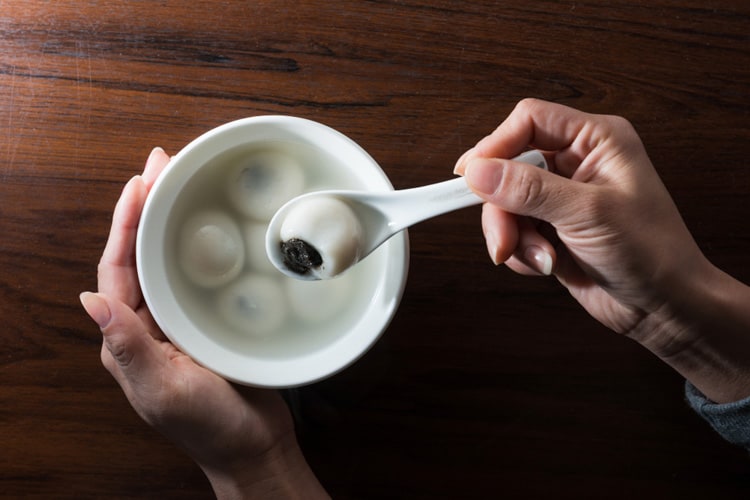 Mooncakes is one of my favorite Chinese desserts. It’s a round pastry that’s made from lotus seed paste, red beans, and egg yolks. It’s a delicious Chinese dessert that’s traditionally eaten during the Mid-Autumn Festival.

It’s a must to taste while you’re in China. Just me careful, they contain lots of calories so don’t eat too many. 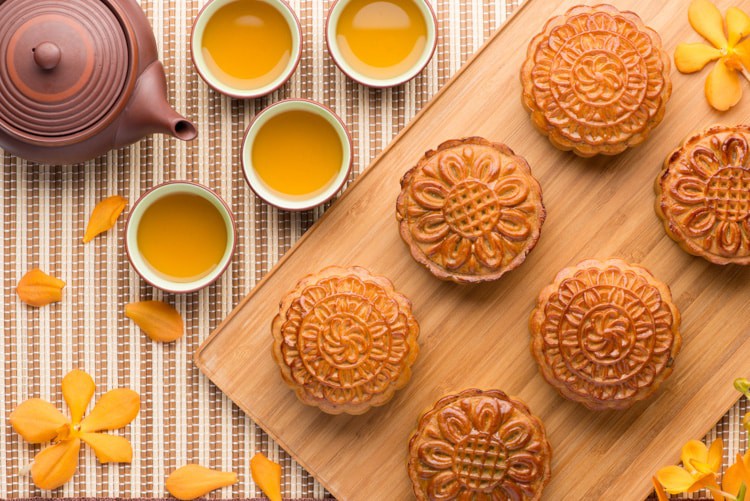 Tanghulu (shanzha in Mandarin Chinese) is a popular sweet in Northern China. It’s basically fruits covered in hard candy on bamboo skewers, with a sweet and sour flavor.

Chinese hawthorn is the traditional fruit for these sweets, but nowadays you can find all different kinds of fruits used.

When using the hawthorn, they’re emptied out and filled with a sweet red bean paste before being dipped in the sugar coating. This is one of the Chinese desserts that you have to taste when you’re in the northern part of the country. 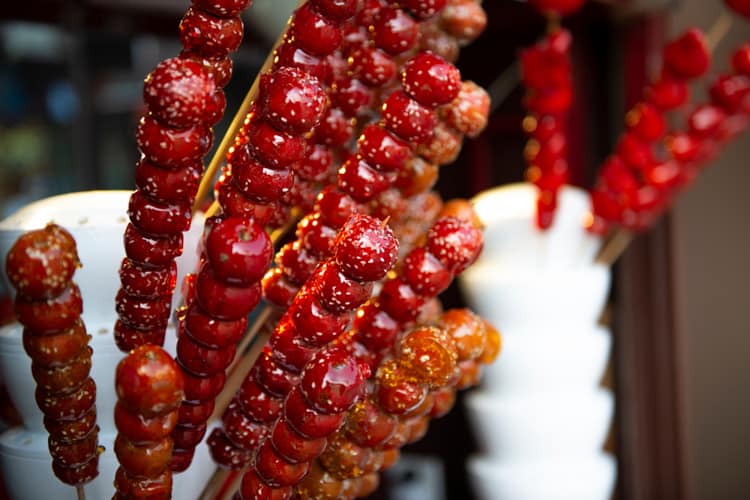 The Mung bean popsicle is a popular dessert during the hot summer months in China. It’s made from mung beans, which might not sound that delicious – but they’re actually not that bad.

In addition, they’re not very expensive to buy, so it can be worth paying 1-2 yuan just to taste it.

Deep-fried mantou is a plain unfilled bun that has been deep-fried and dipped in condensed milk. It’s like a Chinese version of an American donut.

They’re simple and delicious, and a must to taste in China. 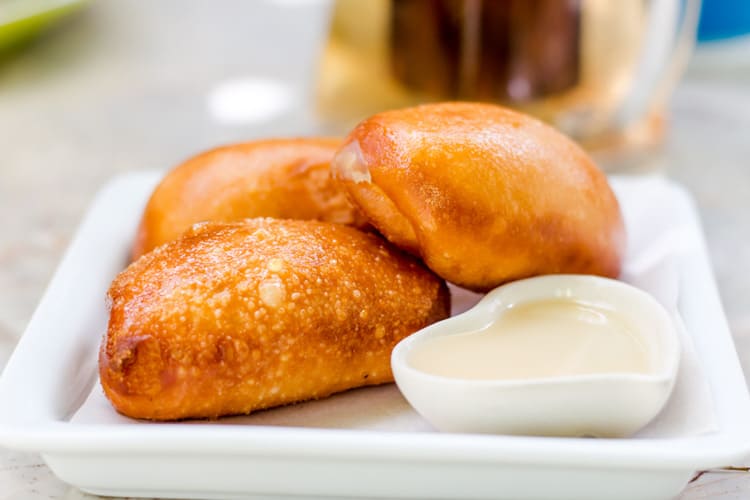 Egg tarts is one of the Chinese desserts that you can find all over the country in most bakeries and cafés. They’re made with a pastry crust and filled with a delicious egg custard – then baked in the oven.

It’s one of the most popular desserts in China, among both locals and tourists. 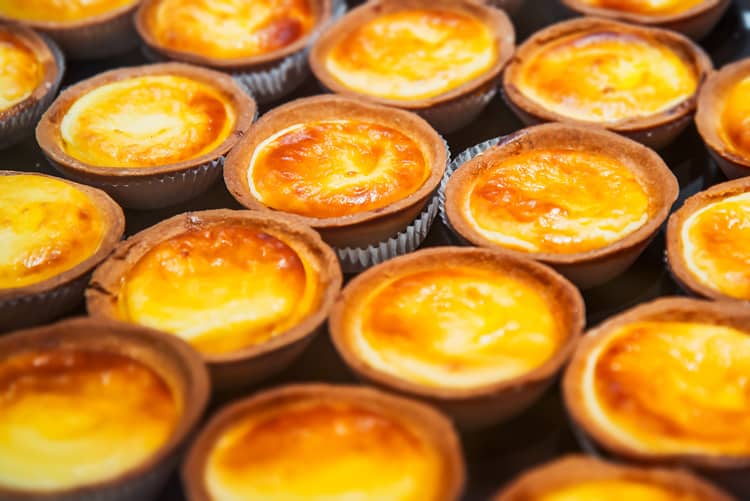 This dessert originates in the Shunde District in Guangzhou. It’s a hot dessert made from ginger, milk (buffalo milk originally), and sugar.

It’s a simple but delicious dessert that’s a must to taste if you’re planning to visit the Shunde District in China. 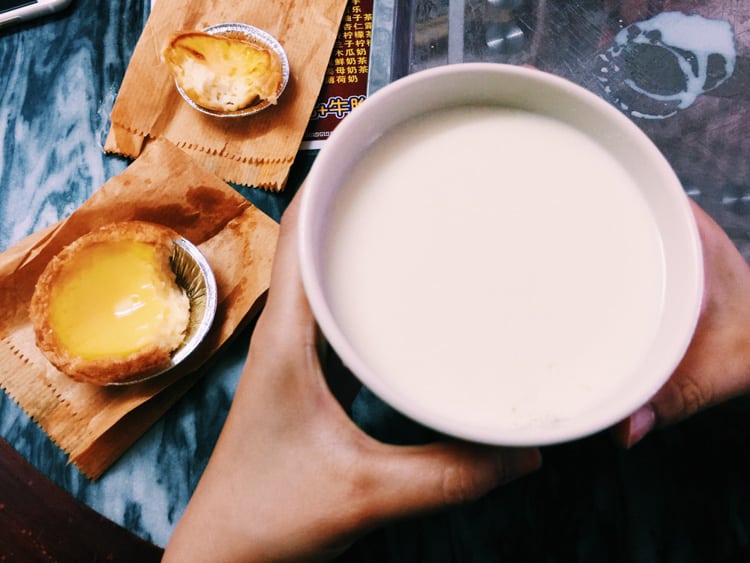 Mango Pomelo Sago is a popular Hong Kong dessert. It was invented by Lei Garden in 1984, and can today be found at many Chinese restaurants in Hong Kong.

It’s made from mango, pomelo, sago, coconut milk, evaporated milk, and milk. When in Hong Kong, make sure to visit Lei Garden to taste their signature dish. It’s simply delicious! 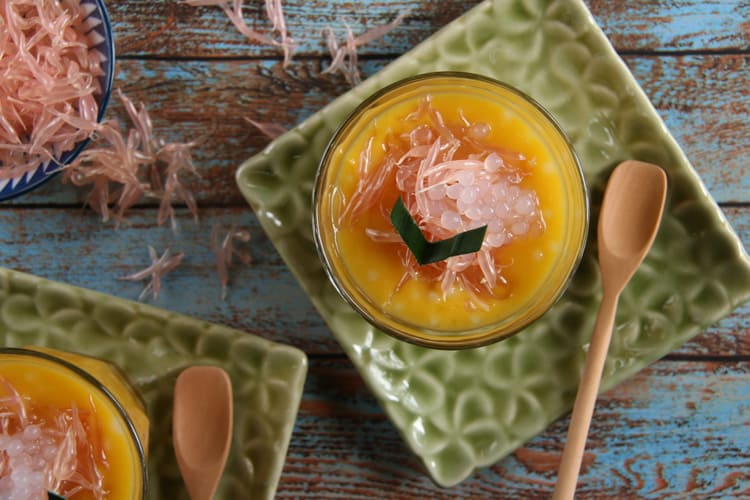 Grass jelly is a popular dessert on the mainland of China, Hong Kong, and Macau. It’s made by using the platostoma palustre plant, which is a plant from the mint family.

It’s served cold with toppings of fruits or in drinks such as bubble tea. It has a mild but bitter taste. 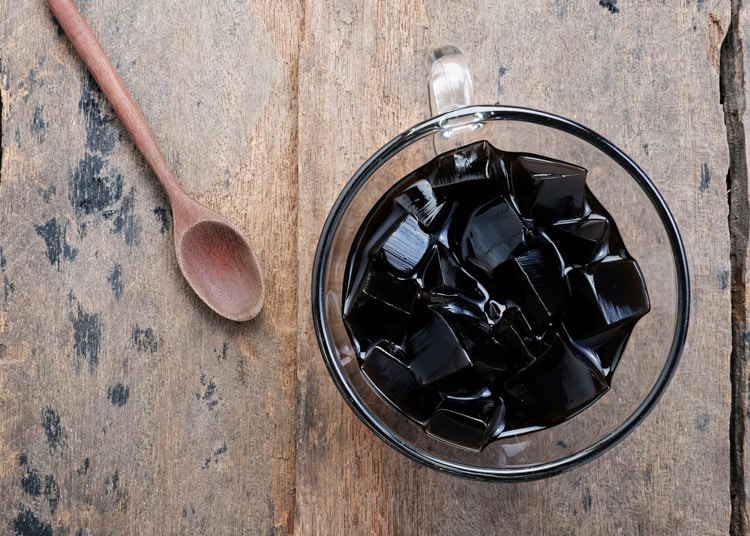 Chinese almond cookies is one of the most delicious cookies in China. They’re sweet and crunchy and is a popular snack among both kids and adults. 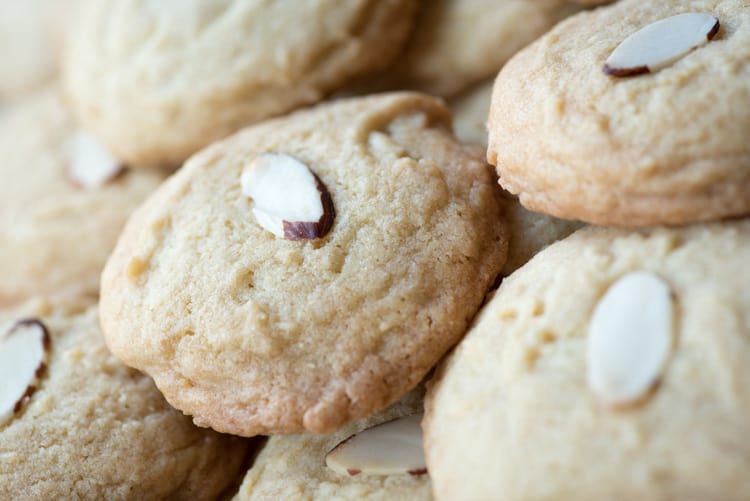 The black sesame soup is a popular dessert in China. It’s made from black sesame seeds, rice, water, and sugar for sweetness. It’s typically served hot, but can also be served cold.

Some restaurants add tangyuan to the black sesame soup as well. 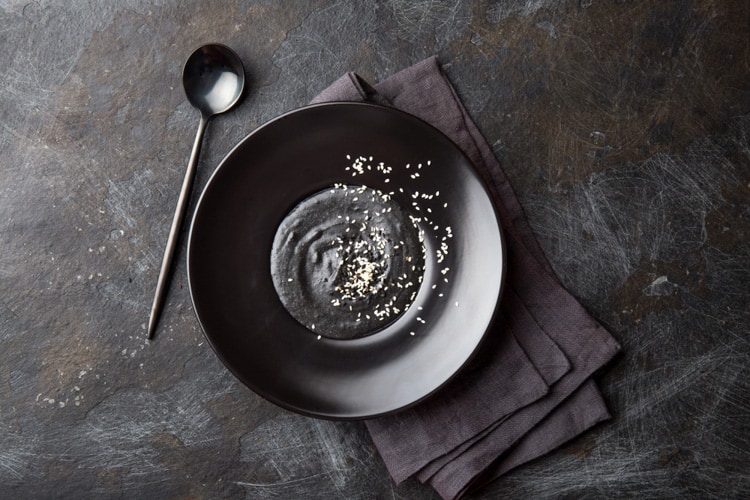 Douhua is a Chinese dessert made of soft and silky tofu with a sweet syrup in various flavors.

It’s a delicious and tasty dessert that’s eaten all year round. During the summer it’s popular to eat this dessert with crushed ice and during the winter it’s served warm.

The Chinese desserts are typically served with tea along with- or at the end of meals. Many of the desserts uses ingredients such as glutinous rice, sweet bean pastes, sesame, and agar, etc.

Due to its long history and many cultures, today you can taste several unique desserts with interesting ingredients and flavors.

Other Chinese desserts to taste:

Do you have more questions about Chinese desserts? Leave a comment below!