Want to know more about Cuban food and cuisine? Cuba is known for its history, beautiful towns, and old cars, but have you ever heard about the cuban food?

Cuba is a country with lots to offer when it comes to food. There’s everything from meat and seafood dishes to delicious local drinks and desserts.

Eating out in Cuba isn’t too expensive depending on where you go. If you eat at a paladares (privately owned restaurants) you’ll get much more delicious Cuban food at good prices comparing to the state owned restaurants.

Here are 12 traditional dishes that you can taste in Cuba for a local experience:

Ajiaco, also known as the ”everything stew”, is a stew made from whatever is available in the locals kitchens.

It’s one of the oldest Cuban dishes, and is a local favorite. If you’re in Havana you can eat it at Locos por Cuba or Mojito Mojito bar.

Tamales is a popular dish in many countries, including Cuba. This dish became popular in Cuba before the 1959 revolution when street vendors sold the Mexican-style tamales.

Today they have their own version of the delicious tamale, where the meat is mixed with the dough instead of being used as a filling.

Picadillo is made with ground meat and cooked with peppers, onions, tomatos, and garlic in a criollo sauce.

This is a popular dish across Latin America, and not to be missed when you’re in Cuba!

Ropa vieja is the national dish of Cuba and is a meat stew. It consists of shredded or pulled beef cooked together with onions, bell peppers, garlic, and tomatoes.

It’s a local favorite, and a must to try while you’re in Cuba. 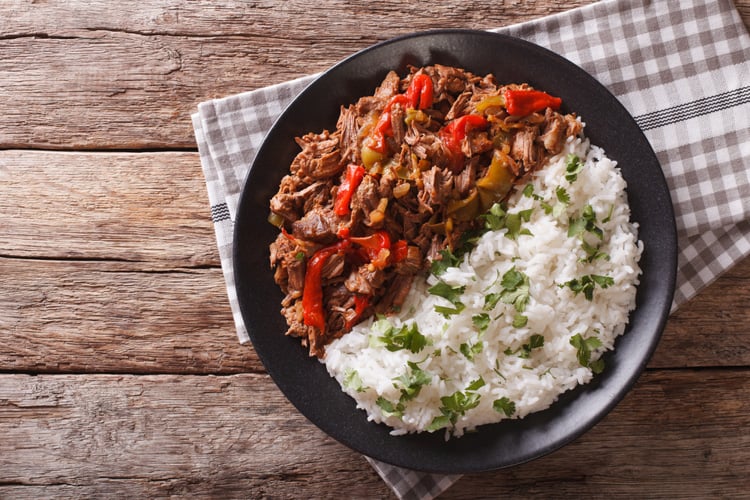 If you’re going to visit Baracoa in Cuba, then I would suggest you to taste a local dish of shrimps in coconut sauce.

The coconut sauce is known as lechita and is made from coconut milk, garlic, tomato past, and various spices.

One thing that you’ll find at many restaurants is lobster. Varadero is one of the most popular places to eat lobster on the island. However, I had a delicious meal of lobster in Cienfuegos when I visited.

Lobster is simply delicious in Cuba and should be on your Cuban food bucket list if you like fish and seafood. 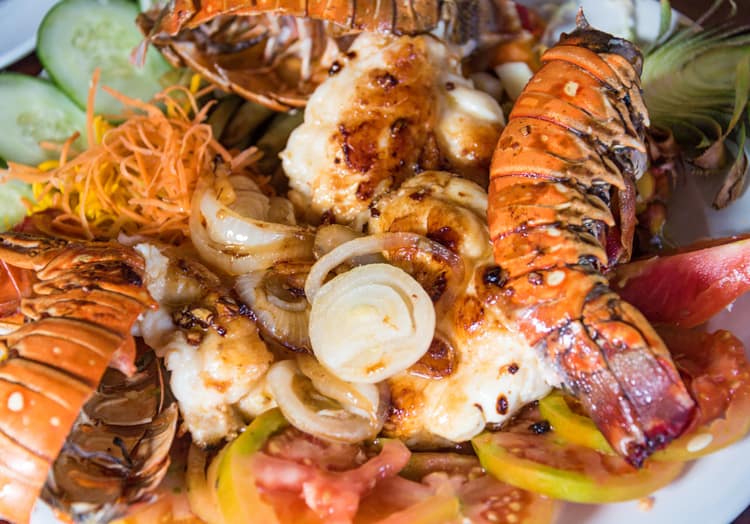 Croquetas is small breadcrumbed balls that are stuffed with cheese and bits of ham or chicken and deep-fried.

They’re really good, and a must to try if you love cheese.

If you like sandwiches you must have a bite of the Cuban sandwich. It’s a sandwich made with ham, roasted pork, Swiss cheese, pickles, mustard, and Cuban bread. 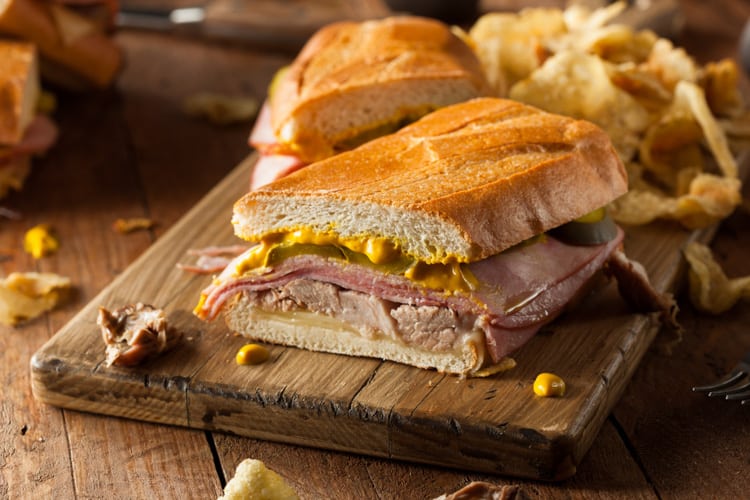 The cuban dish vaca frita is made of fried and shredded beef marinated in salt, garlic, and lime.

It’s topped with sautéed onions and served with black beans and rice.

Arroz con pollo is a classic dish in Cuba.

It’s like a Spanish paella, but without the seafood. Arroz con pollo is typically made with Cuban chicken and a mix of rice, veggies, and a variety of spices.

Locals love this dish, so I’m sure that you’ll love it too. 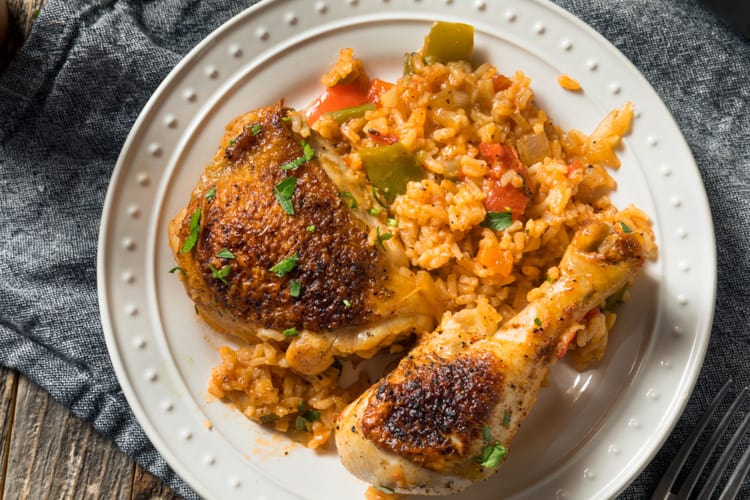 Frita is a Cuban version of the American hamburger. The original frita is made with seasoned ground beef and pork patty, sometimes mixed with chorizo as well.

The meat is put in a Cuban bread bun and topped with tiny crispy French fries.

Tostones is a dish that you can find all over the Caribbean. It’s made from plantains that they cut in big pieces, fry, press to be flat, and then deep-fry again.

They’re salted before being served. 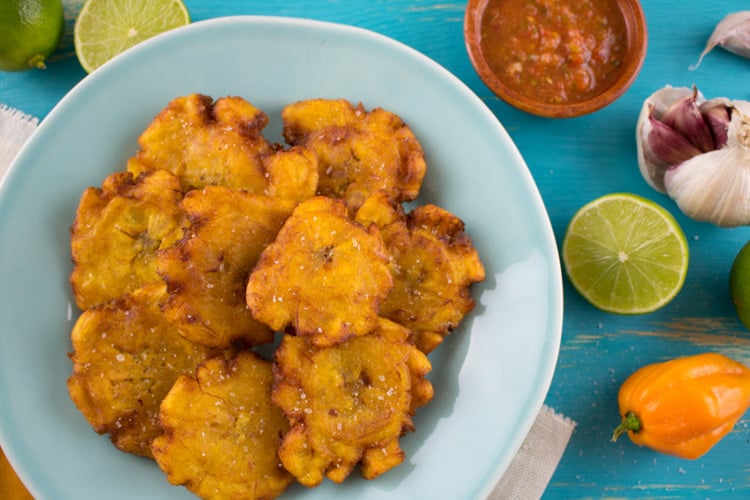 Many Cuban dishes are local versions of dishes in other countries. They have, for example, got many of its spices and cooking techniques from the African, Caribbean, and Spanish cuisines.

What is the national food of Cuba?

The national dish of Cuba is the meat stew Ropa Veija.

What is a traditional Cuban meal?

Cuban food is made of fresh ingredients, often in a stew, soup or sandwiches. Meat are typically slow roasted until tender. 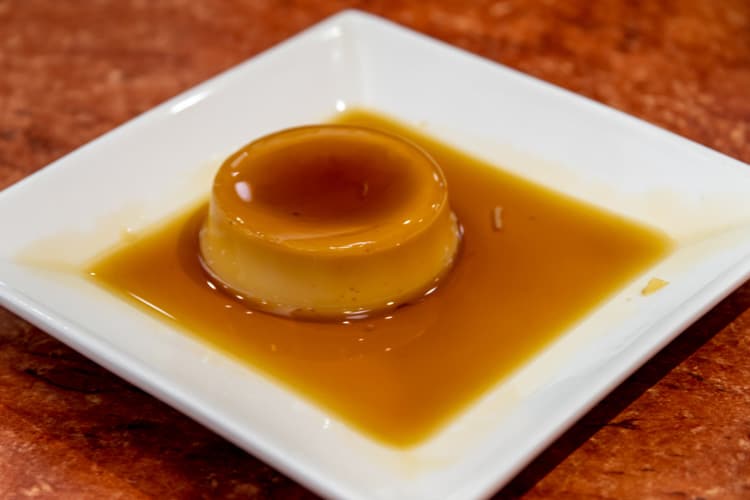 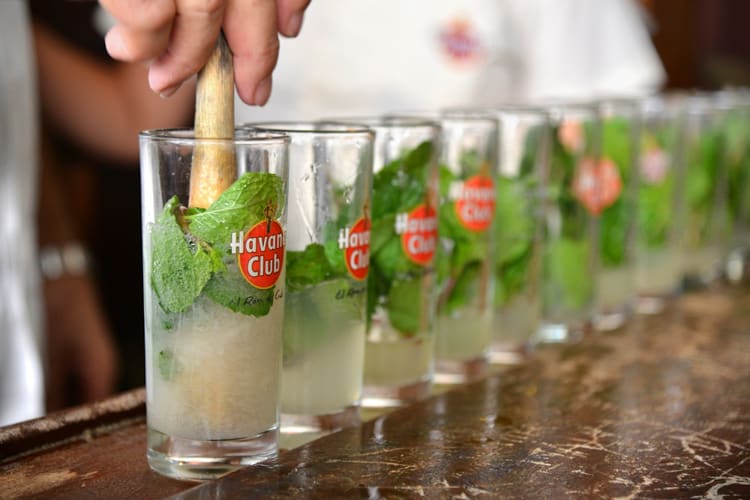 A Christmas favorite in Cuba is roasted pig marinated in sour orange, garlic, cumin, and organo – a marinade also known as mojo.

Black beans, rice, croquetas, and fried plantains are often served as side dishes on the Christmas table. Some families have salads and mashed yuca too.

There are a lot of things to eat, as well as a lot to drink. For dessert they eat sweats such as buñuelos, flan, or turrones. 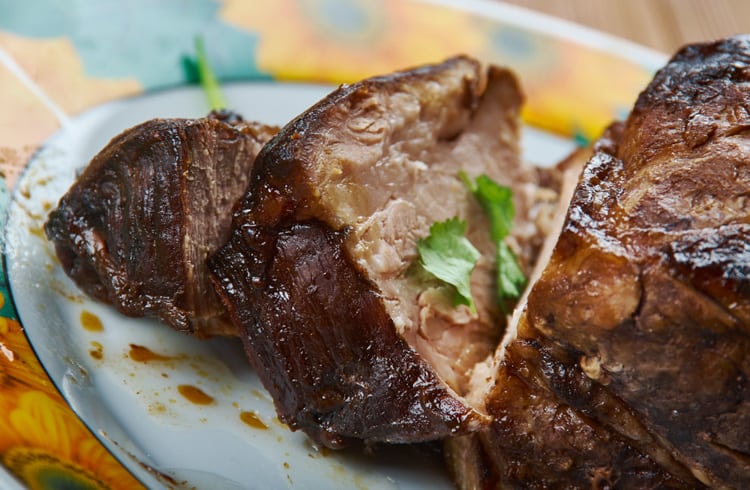 Do you have more questions about the Cuban food and cuisine? Leave a comment below!