Egyptian food is simply delicious and is one of the best things about visiting the country. The Egyptian food is full of interesting flavors and recipes that goes back to ancient times.

Here are 10 traditional dishes that you can taste in Egypt for a local experience:

Koshari is one of the most traditional Egyptian dishes and consists of rice, macaroni, lentils, and chickpeas topped with caramelized onions and different kinds of sauces.

It’s simply delicious, and is a must to put on your Egyptian food bucket list! 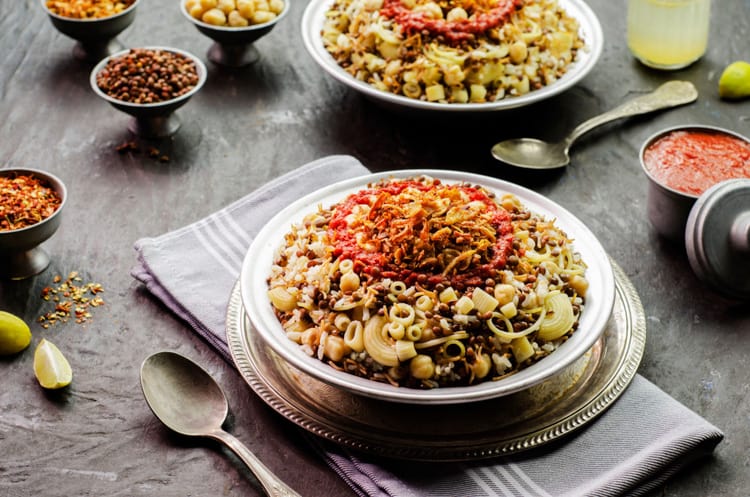 This dish is a local favorite that’s perfect for those on a vegetarian diet.

Mahshi is a Egyptian dish consisting of vegetables (typically bell peppers, zucchini, cabbage leaves, and eggplats) filled with rice. The rice is mixed with tomato sauce, cinnamon, and herbs such as parsley, cilantro, and dill.

Some recipes contains minced meat, so make sure to check beforehand if you’re a vegetarian. 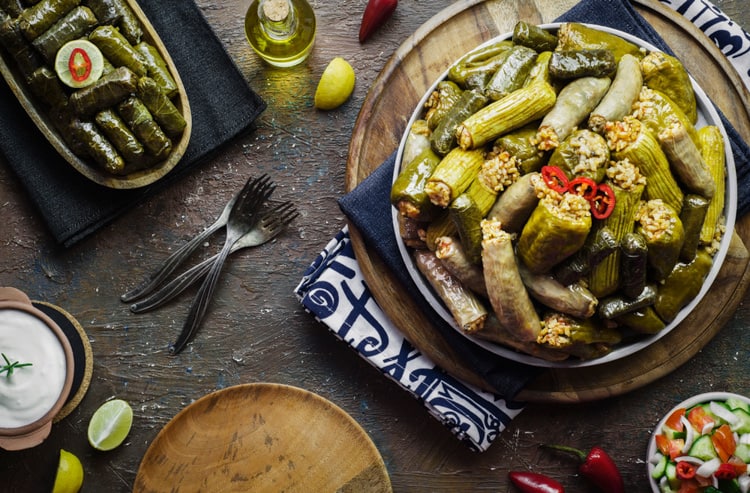 Falafel, also known as Ta’meya, are round fried balls made of fava beans in Egypt, but traditionally with chickpeas.

The beans are soaked overnight, then crushed, and mixed with cilantro, parsly, onion, garlic, and leek. They’re then rolled into balls and fried.

Ta’meya is traditionally eaten for breakfast together with eggs, ful, and pita bread.

One of the most popular fast foods in Egypt is Shawarma. Shawarma originates from donor kebab in Turkey, and is meat (chicken, lamb, beef, or turkey) grilled on vertical spits for a long period of time.

The meat is shaved off the split and served in flatbread or pita bread with vegetables and sauces such as tahini and hummus.

Shawarma is very popular and can be eaten all over the world. However, there’s no place to eat it like in Egypt or the Middle East. 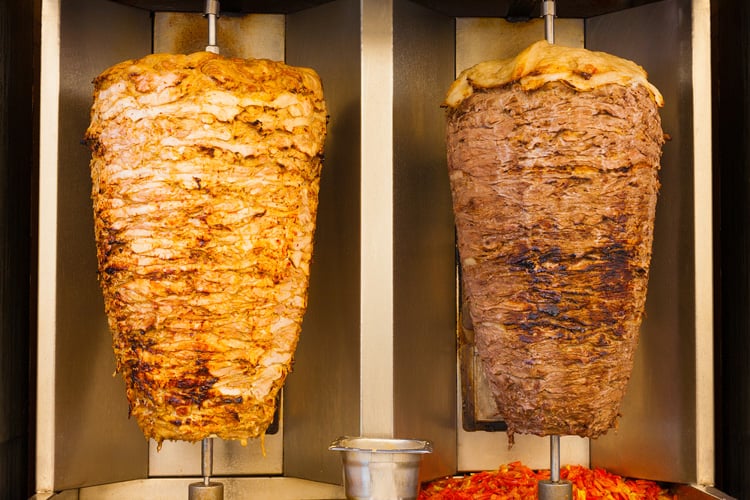 When it comes to Egyptian food, ful medames is one of the dishes you have to try. 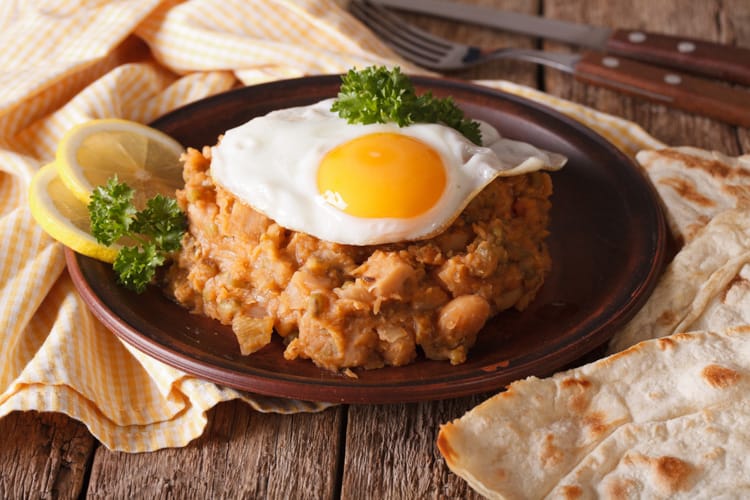 This is one of the Egyptian dishes that goes back long in history, to ancient Egypt to be specific.

Fattah is a dish that’s commonly eaten during celebrations such as weddings and family gatherings. It’s made of rice, meat (lamb or beef), crispy bread, and a tomato/vinegar sauce.

It’s a classic, and shouldn’t be missed when you’re in Egypt! 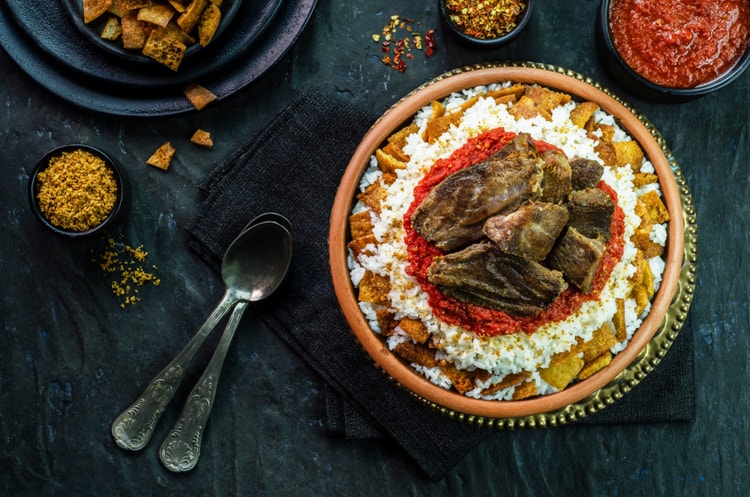 Feseekh is a dish that’s both loved and hated among the locals of Egypt.

It’s fermented mullet fish that has been dried in the sun and soaked in salt water up to one month.

It has a unique taste and is eaten during the celebration Sham El Nessim in Egypt. It’s the main dish of the celebration and it’s eaten together with a salad and some pita bread. 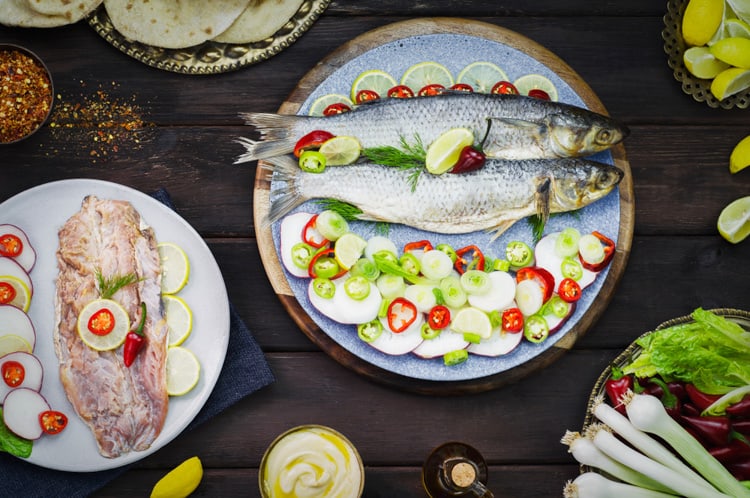 This is another dish that you’ll either love or hate. Mulukhiya is made of leafy green that’s been cut into small pieces, cooked with broth (chicken, beef, or seafood) and mixed with fried garlic and ground cilantro.

It’s full of vitamins and is very healthy for you. However, it’s not all who likes this soup because of its taste.

Mulukhiya typically is served with rice, bread, and a choice of meat; chicken, beef, or seafood. 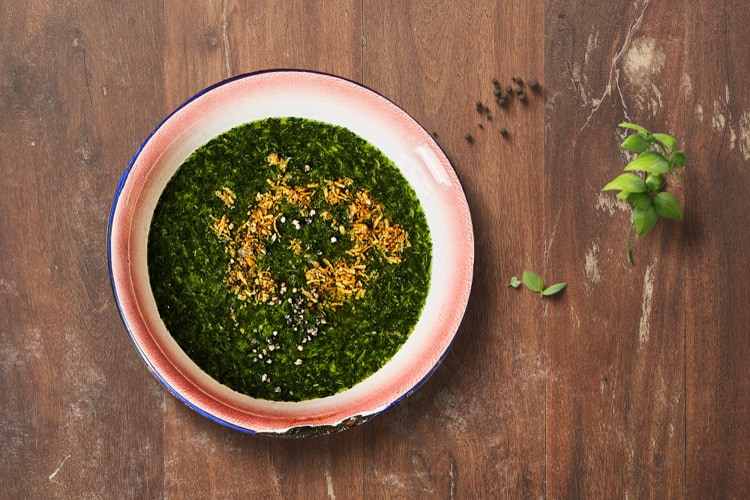 Sayadeya is a popular dish along the coastal cities of Egypt.

It’s contains white fish and cooked with yellow rice, onions, tomato sauce, and different kinds of spices – then baked in an earthenware pot.

Suez, Portsaid, and Alexandria are popular places to try this dish.

Bamia is a soup made with okra, chunks of meat (beef, lamb, or chicken), tomatoes, onions, garlic, and spices such as cilantro and cajun.

This is a classic Egyptian dish that’s both filling and healthy. 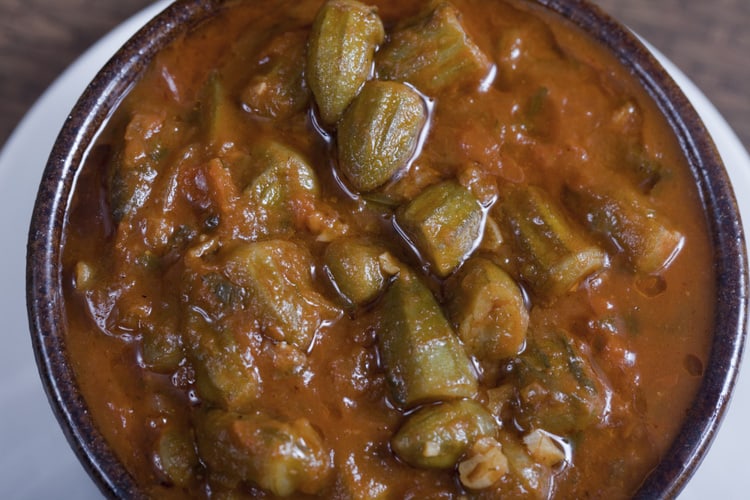 The Egyptian cuisine has been influenced by Persian, Greek, Ottoman, Roman, European and Syrian cuisines during the years.

Many of dishes are vegetarian, but commonly includes meat such as lamb, chicken, beef, fish, or seafood.

What is the national food of Egypt?

Many locals consider Koshari to be the national food of Egypt.

What is a traditional Egyptian meal? 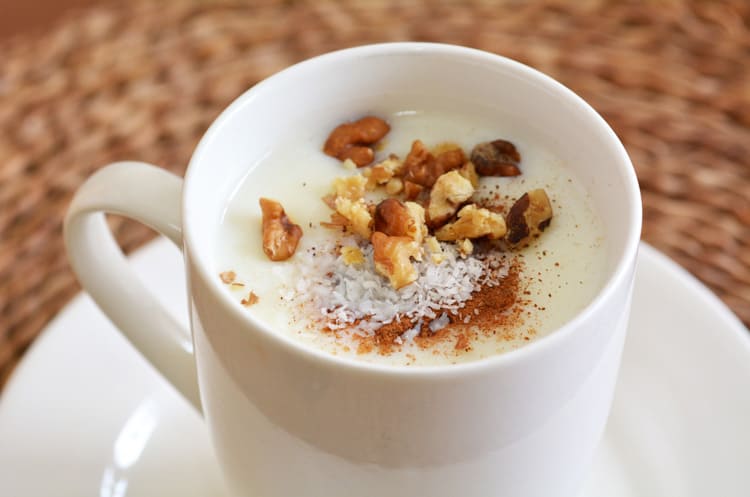 Do you have more questions about Egyptian food and cuisine? Leave a comment below!