12 French Desserts and Cakes to Taste

Want to taste some French desserts during your next trip to France? France is a country that’s world-known for its delicious desserts. Crème brûlée, macarons, crêpes, and soufflé are just to name a few.

There are so many delicious things to eat, so make sure to try at least a few of the French desserts that I’ve listed below when you’re in the country. I promise you, you’re not going to be disappointed!

Here are 12 French desserts to taste during your stay in beautiful France:

One of the most classic French desserts is the Crème brûlée. It’s a creamy vanilla custard dessert with a layer of hardened caramelized sugar.

It’s simply delicious, and is a must to taste while you’re in France. 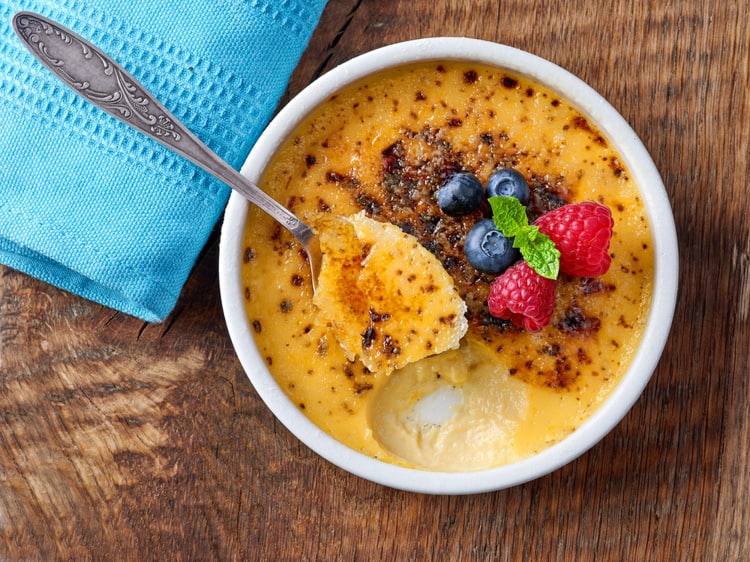 One of the trendiest things to eat at cafés nowadays is macarons. They’re crispy, chewy, soft, and melt in your mouth.

Ladurée is one of the most popular places to taste these sweets, but you can also find them at more affordable cafés around the country. 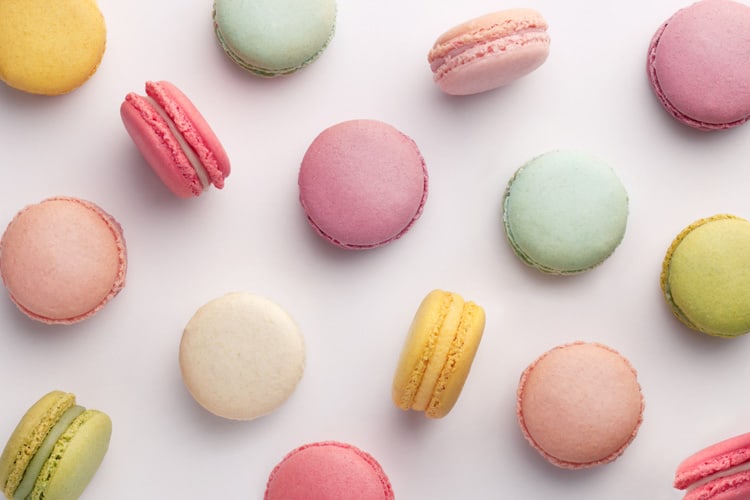 Crêpe is a type of pancake filled with a variety of delicious things – it can be both sweet and savory.

When it comes to the dessert crêpe, it’s sweet, and often filled with Nutella, sugar, and butter. There’s also crêpes filled with fruits, if you prefer a more healthy option. 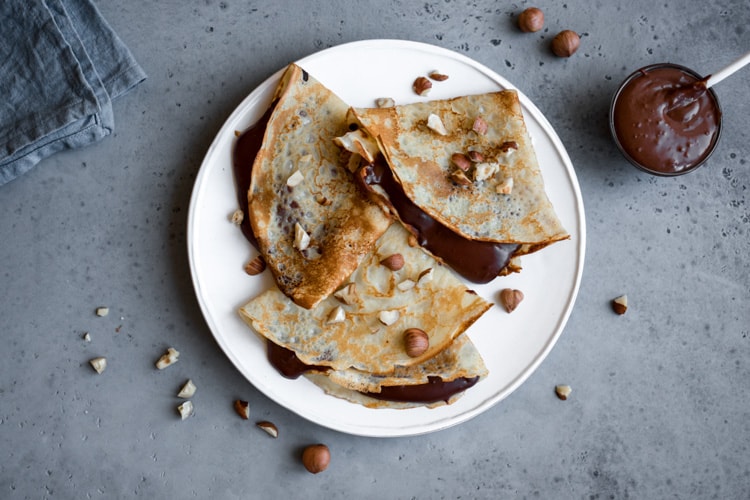 The upside down fruit pastry Tarte tatin is a traditional cake made with puff pastry and caramelized apples. It was accidentally created at Hôtel Tatin in Lamotte-Beuvron, south of Paris in the 1880s.

Today it’s a classic French dessert that can be found in most bakeries and cafés around the country. 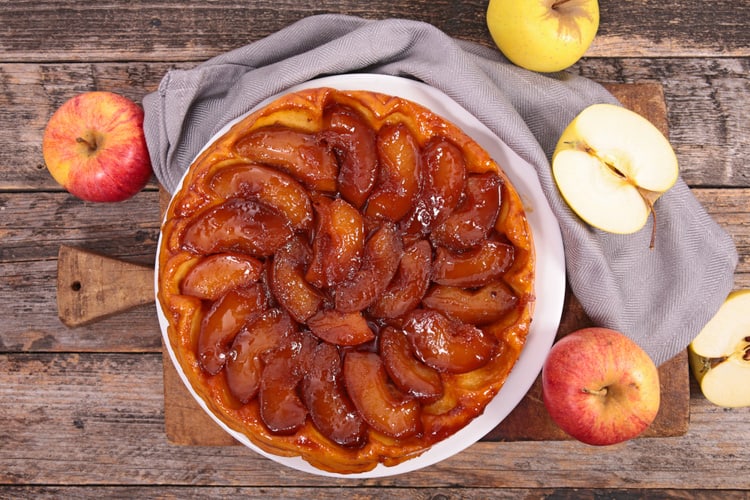 Éclair, also known as the sweet baguette, is a crispy pastry made with dough filled with cream/custard and topped with chocolate.

They’re made in an oblong shape and baked until crips and hollow inside. When cool, they’re filled with either whipped cream or custard flavored with vanilla, coffee or chocolate. 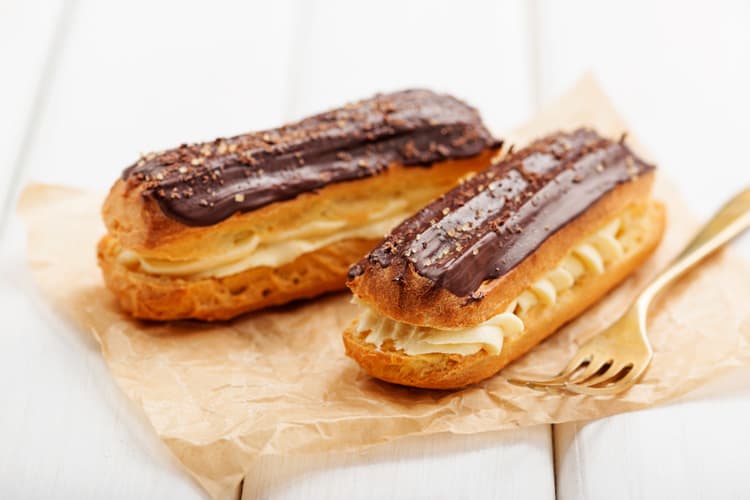 Clafoutis come from the Limousin region of France and is a flan-like dessert.

It’s traditionally made with black cherries where they have the cherry pits in the cake when being baked. So when you’re tasting this cake, make sure to be careful when taking a bite. 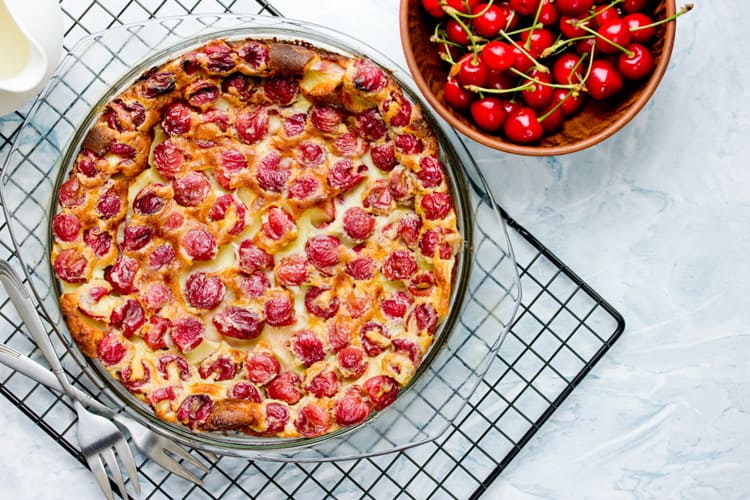 Soufflé is an old tradition in France that was invented in the early 18th century. It’s made with egg yolks and beaten egg whites, as well as several other ingredients to make it a sweet dessert or savory main dish.

Soufflé means ”to blow / to breathe / to inflate / to puff” in French. 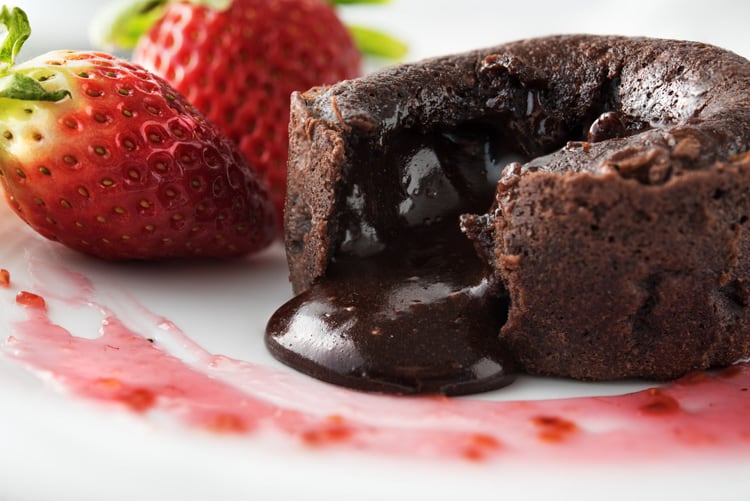 Floating island is a classic dessert in France. It consists of meringue floating on crème anglaise, which is a vanilla custard.

The meringue is my favorite part about this dessert. It’s made from whipped egg whites, sugar, and vanilla extract, and has a really nice texture. If you see this dessert on a menu, make sure to order it. 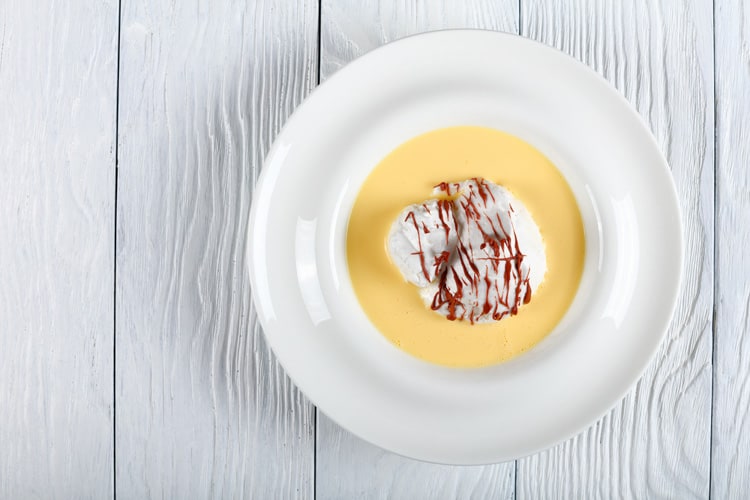 Creme caramel is a custard dessert with layers of caramel. It’s similar to crème brûlée, but with a soft caramel top rather than the crunchy caramelized sugar.

This is no doubt one of my favorite French desserts. It’s so creamy, soft, and delicious! 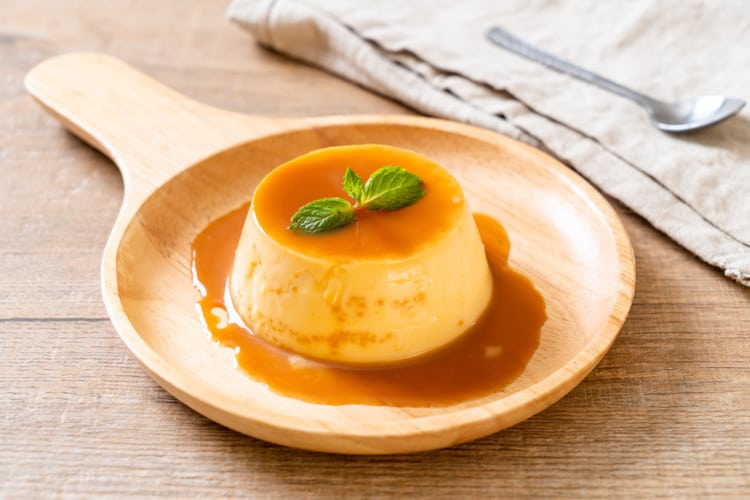 Canelés are small pastries flavored with rum and vanilla. They’re soft with custard on the inside and crunchy on the outside with its caramelized crust.

This French dessert is a specialty of Bordeaux, but can be bought at many cafés and bakeries around the country.

This French dessert is famous for being the fattest pastry in Europe. It’s a multi-layered cake filled with both butter and sugar.

This pastry is slowly baked in the oven until the butter puffs up the dough and the sugar caramelizes. The result is like a muffin-shaped caramelized croissant, which is super delicious.

It’s a speciality of the town Douarnenez in Finistère, Brittany. So if you happen to be around, make sure to taste one of these. 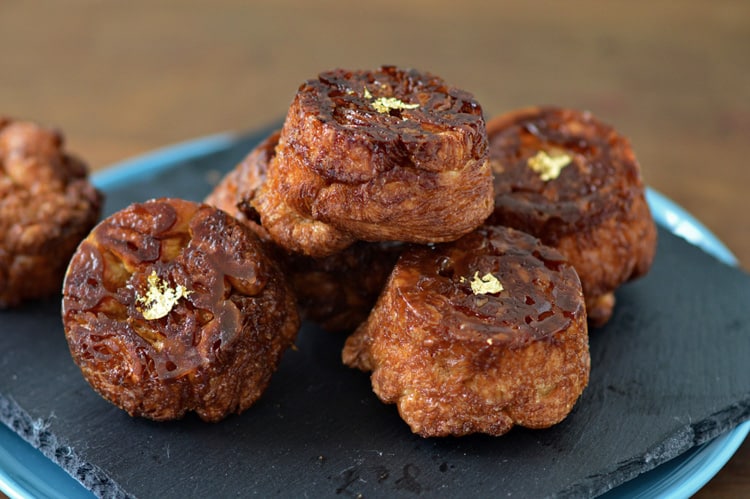 Norman Tart is a cake made from sliced apples, almonds and sugar. The cake is topped with a creamy sauce and baked in the oven until slightly caramelized on the top.

It comes from the Normandy region and is called Tarte Normande in French.

France is famous all over the world for the French food and desserts. The word dessert actually comes from the French word ”desservir”, which means to clear the table.

Desserts in France started out with simple fruits, sweets, and cheese after dinner. Today, they create some of the most popular desserts in the world.

Common ingredients in French desserts include cream, custard, and fruits.

Other French desserts to taste:

Do you have more questions about French desserts? Leave a comment below!