12 German Desserts and Cakes to Taste

Want to taste some German desserts during your next trip to Germany? In Germany, there are a variety of delicious cakes and pastries to taste.

When visiting a bakery or café in Germany it can be an advantage to know what delicious treats to look for. Here are 12 german desserts to taste during your stay in the country:

The Bienenstich cake translates into “bee sting cake” in English, and is a cake that’s filled with both honey, almonds and a variety of other delicious things.

Anyone with a sweet tooth will love this German dessert. It’s super delicious. 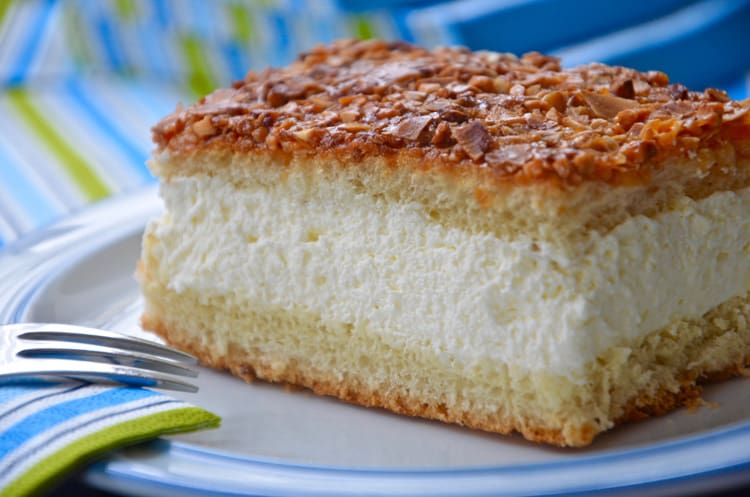 This is one of the most famous German desserts, and is a cake from the Black Forest in Germany.

It’s made of layers of chocolate cake, whipped cream, and cherries. It’s a perfect combination of flavors, and also a great combination of ingredients to make this cake look so pretty.

When in Germany, you simply have to have a slice of this famous German cake.

Did you know that the cheesecake is dessert that originally comes from Italy, France, or Germany? Most people think it’s a dessert that comes from United States, although it’s very popular and delicious there.

The German cheesecake is different from the American version. Instead of the cookie crust, this cheesecake have a sweet shortcrust or no crust at all. It’s also made with quark instead of cream cheese, which is a type of fresh non-aged cheese

However, the cheesecake in Germany is simply delicious and a must to taste! 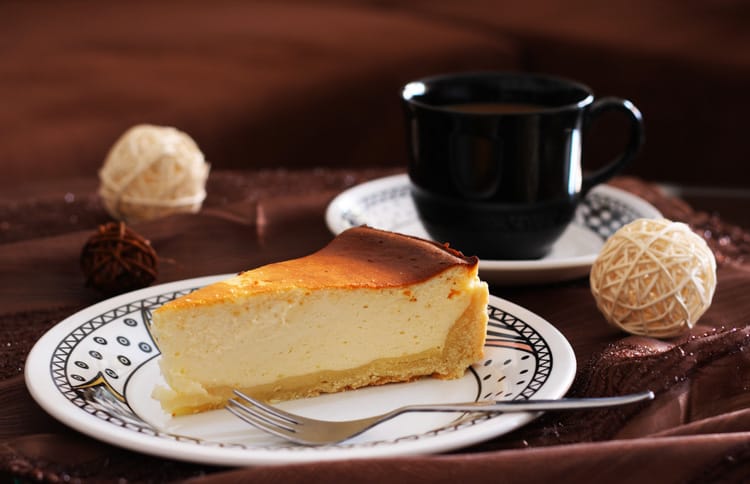 This is a traditional Bavarian dessert that’s made of a steamed yeast dumpling in vanilla sauce.

It’s one of the more unusual German desserts, but a must to taste if you see it on a menu in Bavaria. It’s actually pretty good.

This dessert does not look so appealing, however, it’s actually pretty good. It’s made of vanilla ice cream that looks like spaghetti and is topped with a strawberry sauce and flecks of white chocolate to look like spaghetti sauce and parmesan cheese.

It’s no doubt one of the weirdest desserts in Germany. 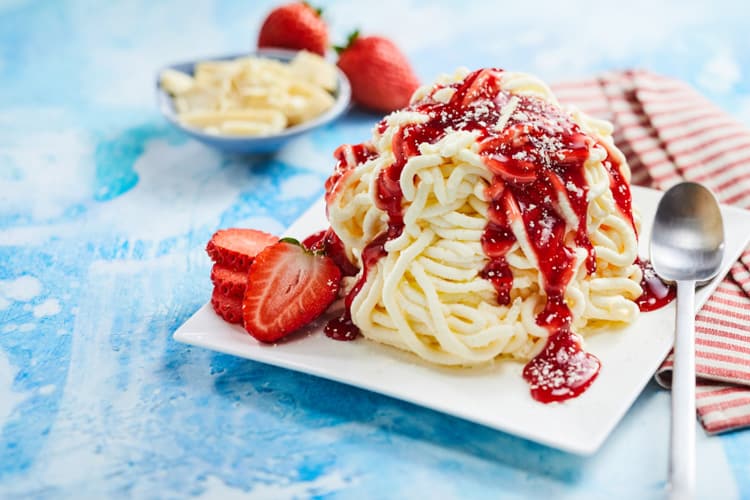 Eiskaffee translates into ice coffee in English. Although it’s not an iced coffee but more like a cold dessert with coffee flavor.

I’ve myself made the mistake of ordering this dessert believing that it was an ordinary ice coffee. However, I did not get disappointed since it was really delicious.

It’s scoops of ice cream served in a glass with some cold coffee poured over it, and on top its usually a thick layer of whipped cream and a cookie. 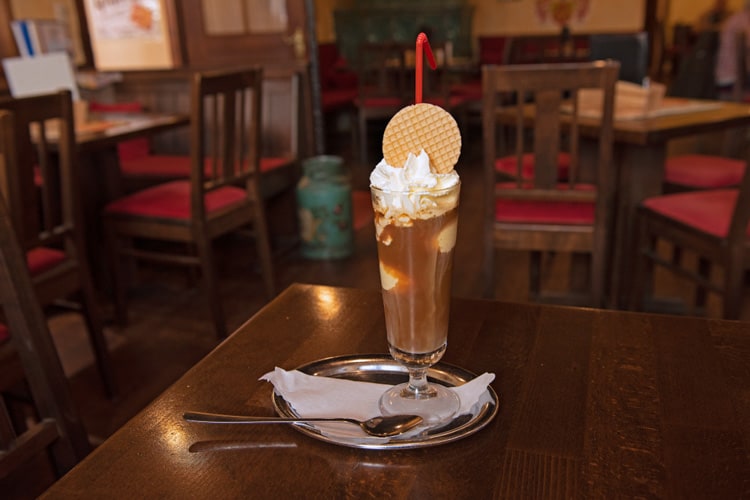 Zwetschgenkuchen is a German plumcake made from yeast dough or shortcrust dough covered with pitted plums.

It’s both flavorful and fresh, and a must to taste while you’re in Germany. 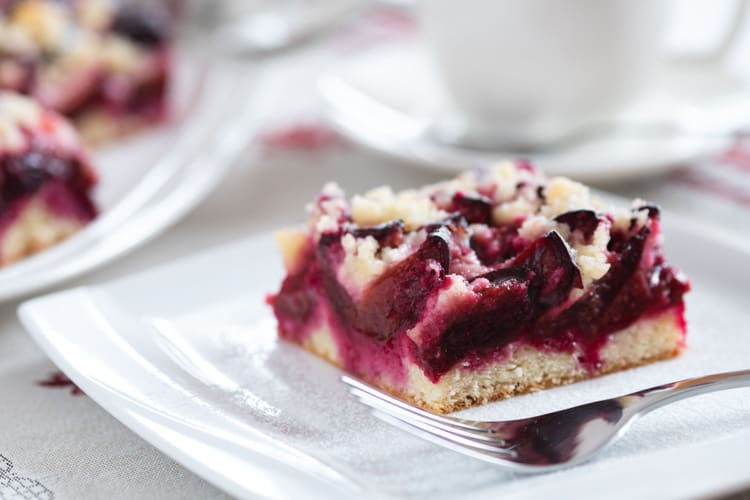 The prinzregententorte is another delicious chocolate cake that comes from Bavaria in Germany. It consists of at least six thin layers of sponge cake with a chocolate buttercream and apricot jam filling.

When the layers are finally made, the cake is covered in a dark chocolate glaze. It’s no doubt one of the most delicious German desserts. 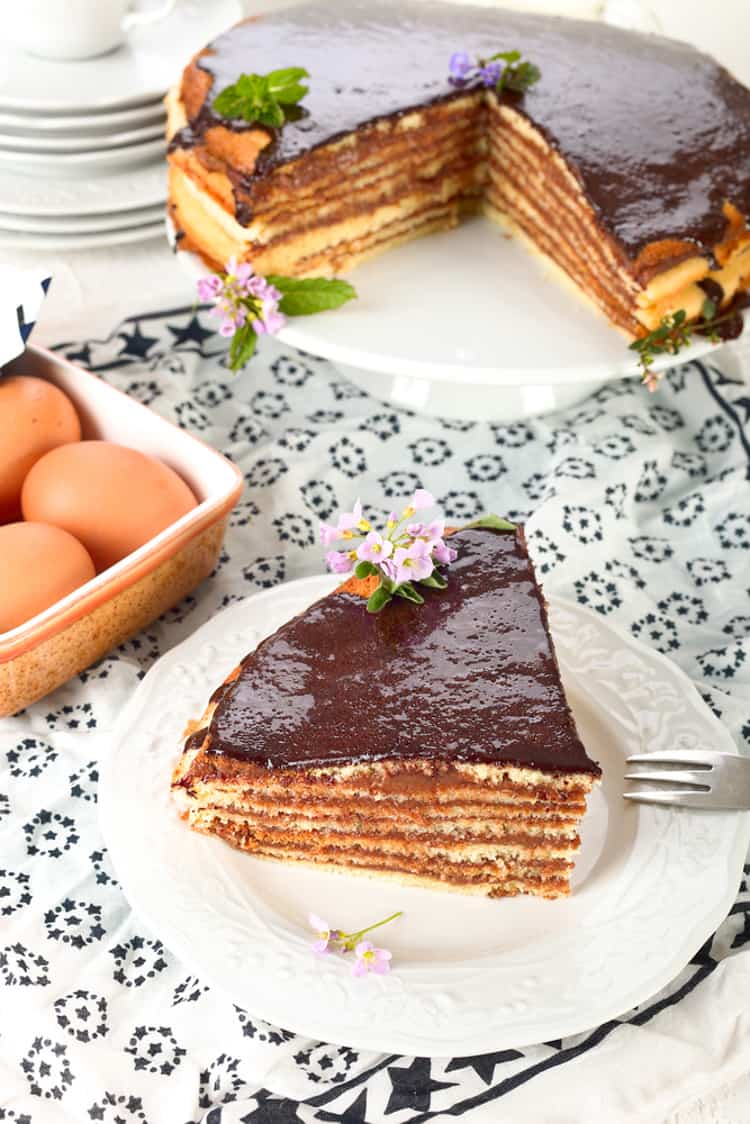 Schneeball is one of the German desserts that I personally don’t like. However, I decided to include it in this list since it’s popular in the area of Rothenburg ob Der Tauber in Germany where many people like it (both locals and tourists).

It’s a pastry made from shortcrust and is shaped like a round ball and topped with confectioner’s sugar. It’s for sure one of the most interesting German desserts. So make sure to give it a go and see if you like it! 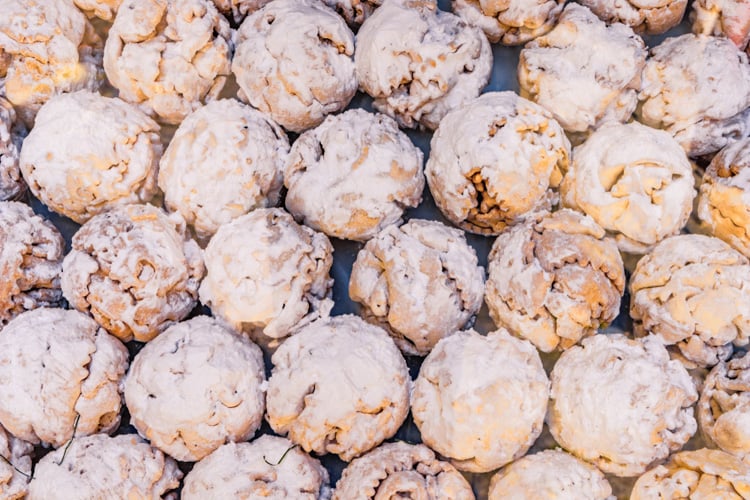 Spritzkuchen is a fried pastry similar to the American donuts. They are made from a choux dough, formed into circles, and fried until they’ve got a golden color.

They are topped with a sugar glaze and are common to eat at festivals in Germany. 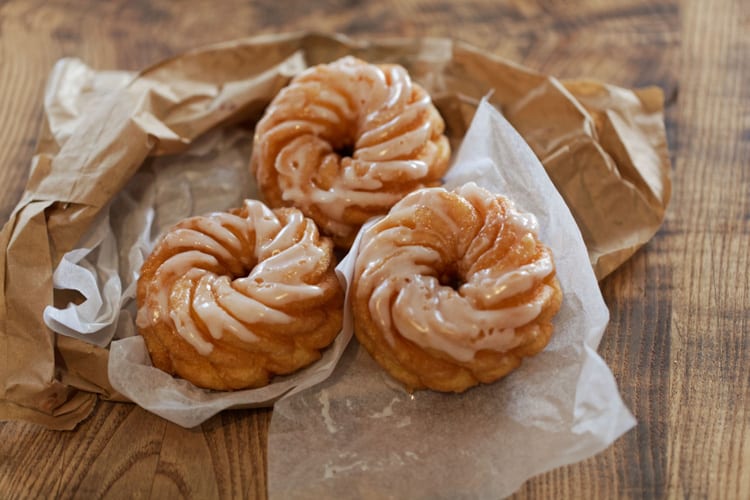 This is one of my personal favorites when it comes to German desserts, since we have something similar in Scandinavia.

It’s made of beaten egg whites sweetened with sugar. The fluffy egg mixture is put on a biscuit and then covered in chocolate.

There are many countries around the world that claim they’ve invented this sweet treat. However, it’s still one of the most popular German desserts and therefore it deserves a spot on this list of the most delicious German desserts. 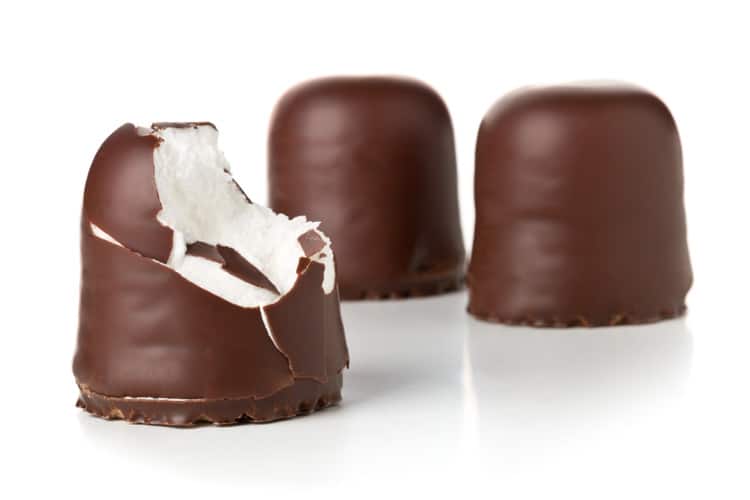 Apfelstrudel is a dessert that originally comes from Austria, however, it’s just as popular i Germany. It’s a pastry made with thin puff pastry filled with a delicious apple filling.

This dessert can be served hot or cold together with vanilla ice cream or whipped cream. Some powdered sugar is also common to sprinkle on top before serving.

Many of the cookies, cakes, and sweet desserts that we today can taste in Germany is made according to centuries-old traditions.

The German desserts are just as diverse as the rest of the German food and cuisine. In the various regions of Germany you’ll find local cakes, pastries, cookies, and other delicious sweets.

Most of the desserts served throughout the country is commonly made with fresh fruits such as apples, plumbs, strawberries, and cherries. Yeast dough, quark, eggs, and sugar are other common ingredients in German desserts.

Ice cream and sorbets are also popular in Germany. It’s been a favorite since the 1920s when immigrants from Italy came to Germany. Ice cream is today a big part of the country and almost every town have its own local Italian ice cream parlor.

What are your favorite German desserts? Leave a comment below!