A Complete Guide to Hiroshima Castle

Hiroshima Castle, also known as the Carp Castle, is one of the most famous castles in Japan. It’s a place that’s full of interesting history, as well as tragic history. It was destroyed during the atomic bomb attack in 1945.

Down below you can read more about Hiroshima Castle and useful information before visiting:

The history of Hiroshima Castle

Hiroshima Castle was built between 1589 and 1599 by Mōri Terumoto. Mōri Terumoto was one of Toyotomi Hideyoshi’s (a military leader who built Osaka Castle) council of Five Elders.

Back then there was no city or town, and the area around was called Gokamura, which means the “five villages” in Japanese.

In 1591, Mōri Terumoto governed nine provinces from Hiroshima Castle, what is now the Shimane, Yamaguchi, Tottori, Okayama and Hiroshima Prefectures.

When they started to build the castle, Gokamura was renamed to Hiroshima. Hiro came from Ōe no Hiromoto (an ancestor of the Mōri family), and Shima came from Fukushima Motonaga (who helped Mōri Terumoto to choose the castle site).

This castle has been a place for battles and also served as a military facility during history.

It’s believed that only the lower pillars of the castle were destroyed by the bombing, however, that made the whole castle to collapse.

The castle that you can see today is a replica of the original castle, and serve as a museum of Hiroshima’s history before World War II. 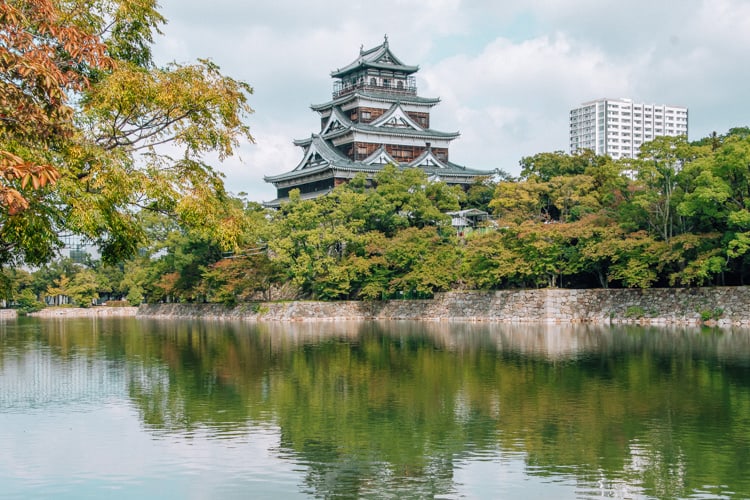 The museum and observation deck

When visiting Hiroshima Castle, make sure to go inside the castle and see the exhibitions. There are many interesting things to see in there and history to learn about Hiroshima Castle. 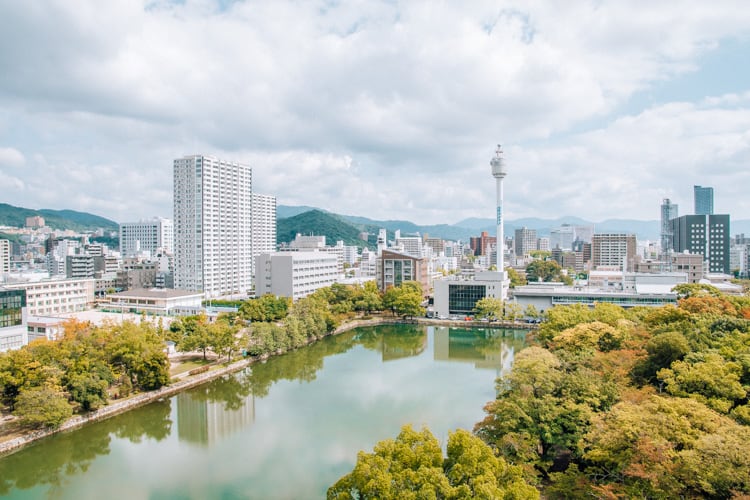 Before leaving Hiroshima Castle, make sure to try one some of the royal costumes. It’s so much fun to see what they used to wear back then.

You’re going to be surprised by how much some of the costumes weights, especially the samurai helmet. 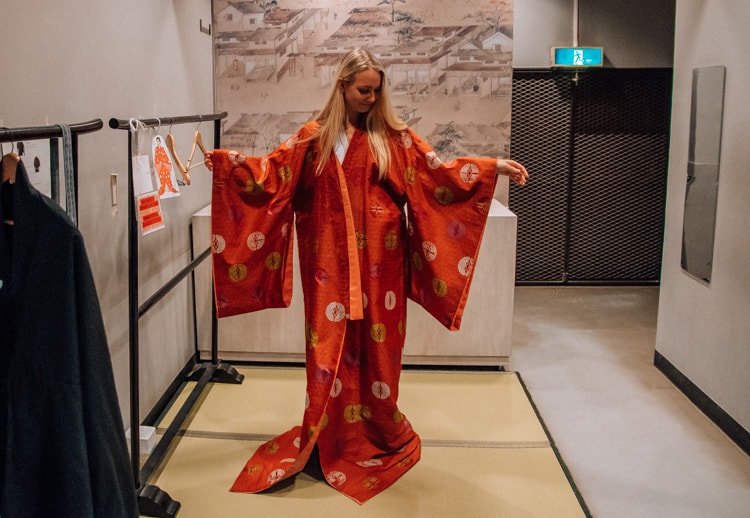 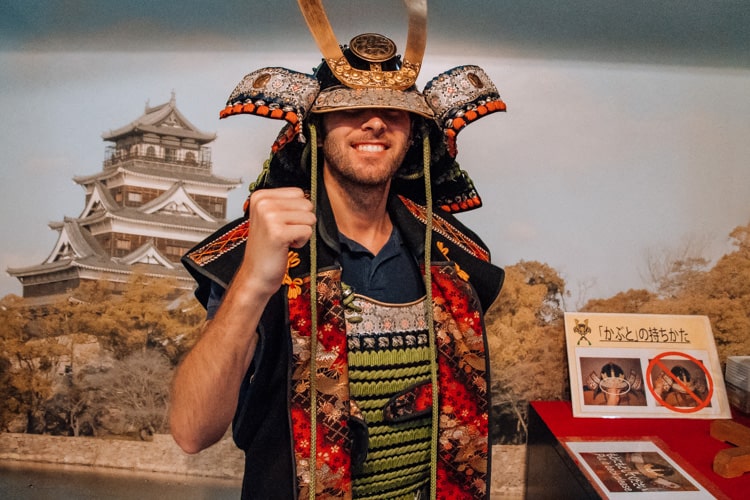 After visiting the museum and observation deck of Hiroshima Castle it’s nice to stroll around in the castle park. Here you have some nice monuments as well as a beautiful pond filled with carp fishes.

It’s a beautiful and relaxing place to go for a stroll. Great for both kids and adults! 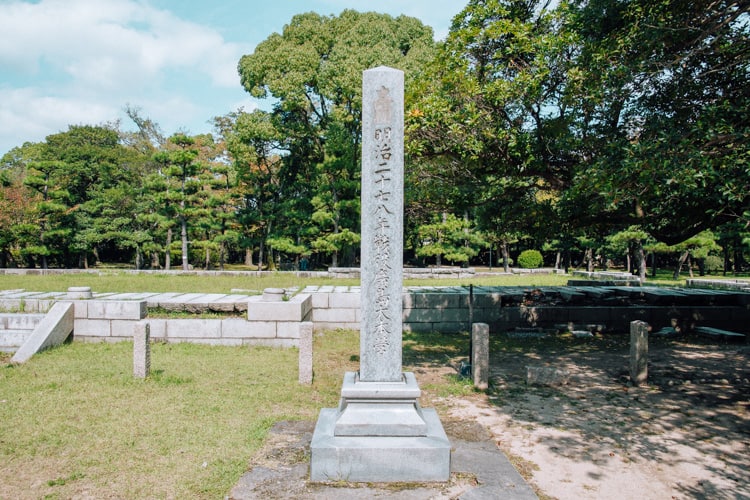 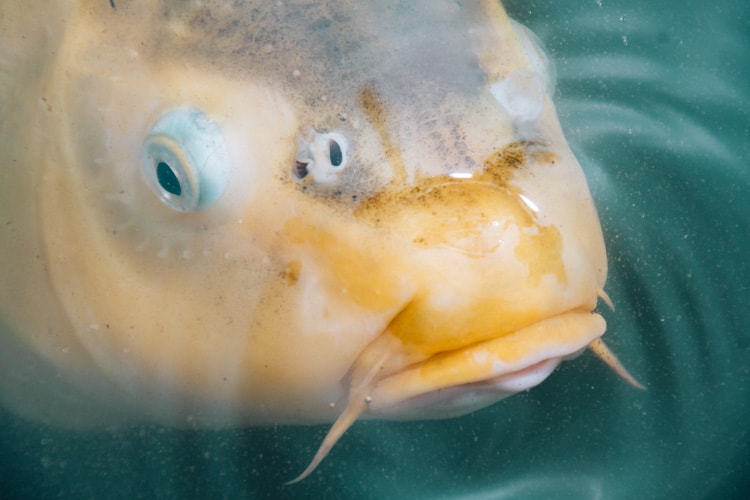 Stroll around the castle (the other side of the moat)

Before or after visiting the castle grounds, make sure to stroll around Hiroshima Castle on the other side of the moat. From here you have a great view of the castle and its surroundings.

On a calm day you can see the reflections of the castle in the water, which is a sight that you don’t want to miss. It’s also from here you can take some of the best photos of the castle.

One of the most popular things to do at Hiroshima Castle is to take the boat tour. It’s a lovely 35 minute tour where you can see the castle from another perspective (that’s also great for photos).

The boat tour cost around 1400 yen per person. 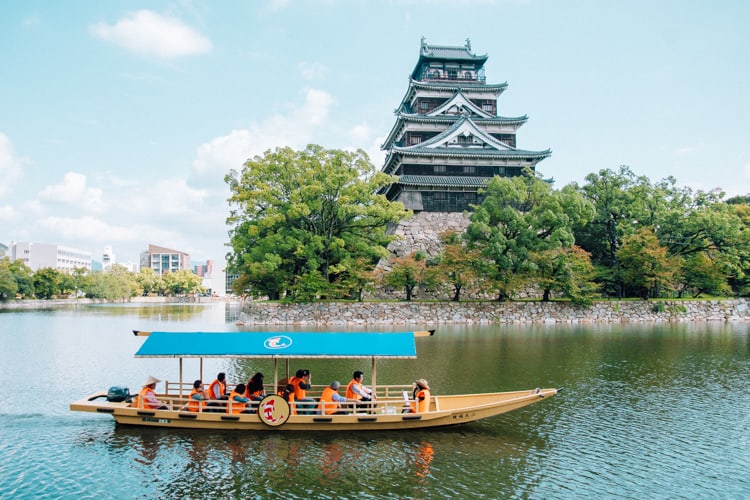 How much does it cost to visit Hiroshima Castle?

The castle park is free to visit, but to visit the museum and observation deck you have to pay a small fee of 370 yen. It’s a cheap ticket and the money you pay goes to the maintaining of the castle.

NOTE: Last admission is 30 minutes before they close. See opening hours further down.

It’s easy to go to Hiroshima Castle. You can reach it by train from Hiroshima Station (1,2, or 6) to Kamiyacho-nishi or Kamiyacho-higashi.

Also, from the Peace Memorial Park it’s a 15 minute walk.

There are several hotels that are close to the castle. Down below you have two recommended hotels, one budget hotel and one luxury hotel.

If you’re traveling on a budget, but still want to stay close to Hiroshima Castle, then this is a great choice. This capsule hotel is cheap and offers comfortable and clean capsule rooms.

If you want to stay in a nice place with a nice view of the city, then this is the hotel for you.

RIHGA Royal Hotel Hiroshima is a 4 star luxury hotel with one of the best views in Hiroshima. The rooms are modern, clean, and comfortable with great views of the city and castle park.

This hotel also features an indoor pool, fitness club, delicious breakfast, and walking distance to the major attractions in Hiroshima. Down below you have a map of Hiroshima Castle. If you have a pocket wifi during your stay in Hiroshima I can recommend using Google Maps to find it a bit easier. 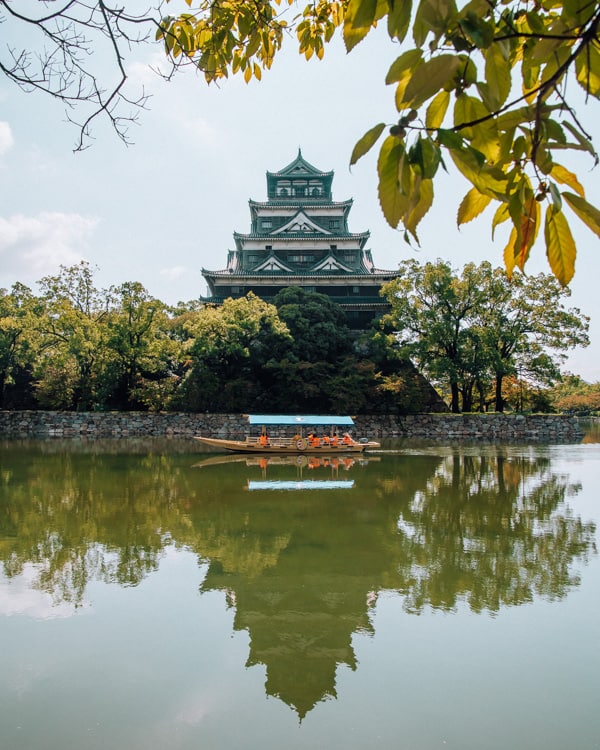 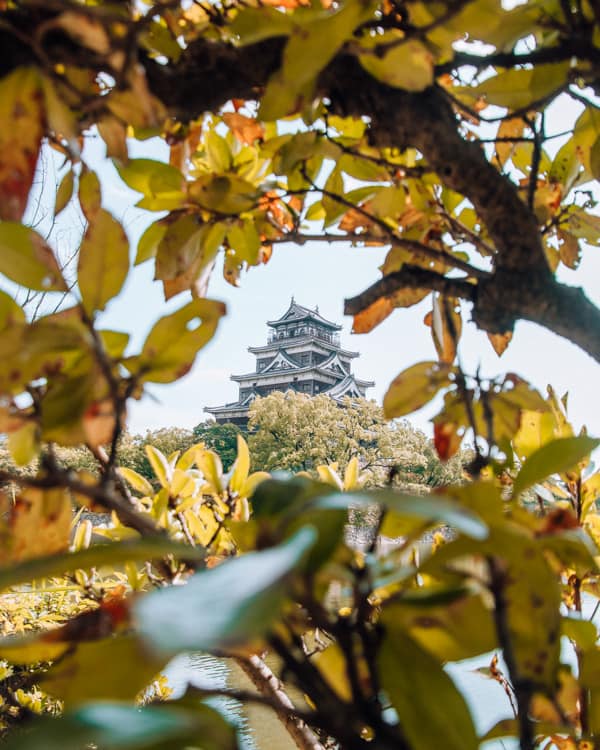 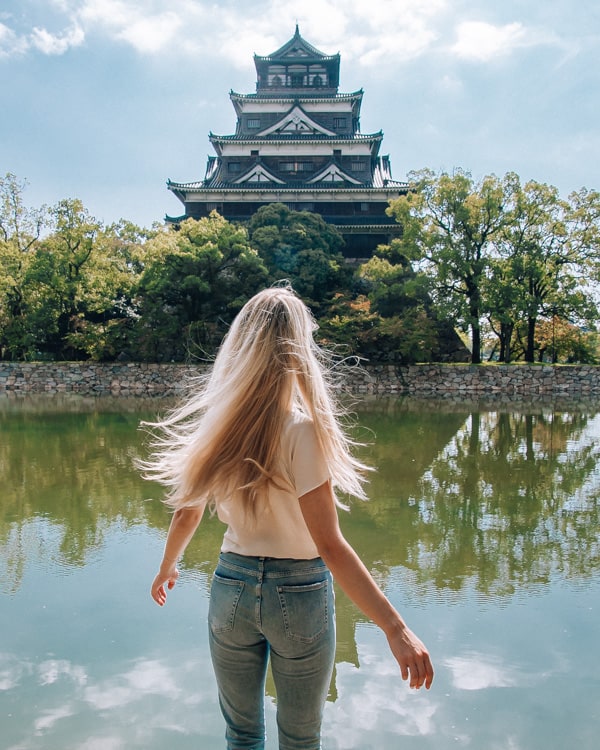 Do you have more questions about Hiroshima Castle? Leave a comment below!