Want to know more about Hungarian food and cuisine? The food from Hungary is simply delicious. There are many local dishes to try and delicious sweets to taste.

I’ve spent quite a lot time in Hungary and tried several of their traditional dishes due to Alex’s Hungarian heritage. We both love Hungarian food, and I’m sure that you’ll love it just as much as we do!

Here are 12 traditional dishes that you can taste in Hungary for a local experience:

This is one of the most classic dishes to try when it comes to Hungarian food.

It’s a dish made of chicken in a creamy paprika sauce, often served with some sour cream.

You can find Paprikás Csirke in most restaurants around the country. It’s a popular dish among both locals and tourists!

Lángos is a Hungarian street food. It’s delicious, cheap, and you can find it everywhere in Hungary.

When in Hungary, make sure to try this Hungarian food. It’s a classic! 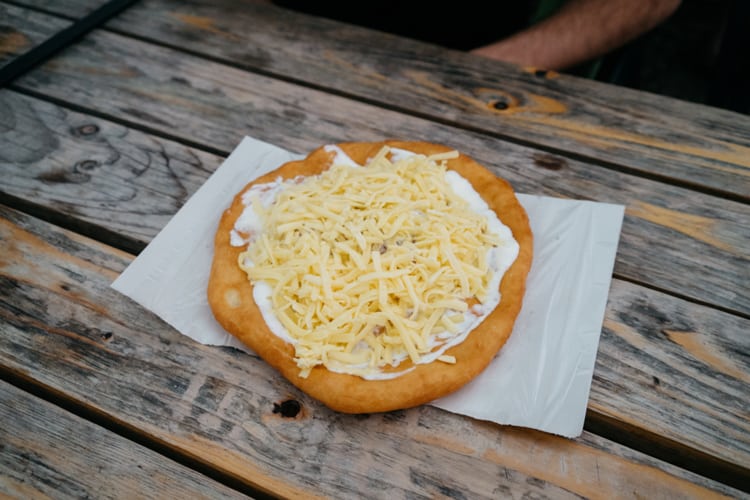 This is the most famous food in Hungary, and also one of the most traditional.

This dish is known worldwide as goulash, and is a stew made of chunks of beef, potatoes, vegetables, paprika, and different kinds of spices.

It’s simply delicious, and a must to add to your Hungarian food bucket list! 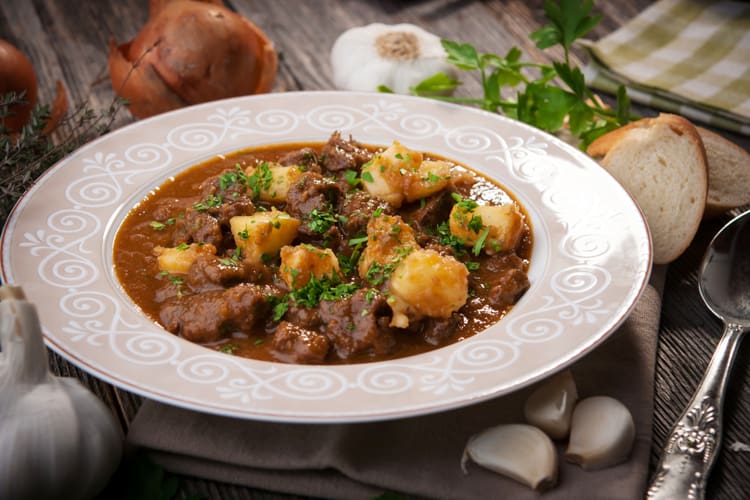 Halászlé, also known as ”fisherman’s soup” is a traditional food from Hungary. It’s a soup made of a paprika-spiced broth, and big chunks of fish.

Back in time, this soup was often made over an open fire outside. However, today it’s most common to prepare this dish inside the kitchen.

When it comes to food in Hungary, you have to taste the dish Hortobágyi Palacsinta.

It’s a pancake filled with meat, onions, and different kinds of spices. The ingredients are sauteed with paprika, just like a stew. The sauce is drained from the meat and onions, and put inside the pancake.

The remaining paprika sauce is whisked together with sour cream and flour. This creamy sauce is then poured over the pancakes, and served with a dollop of sour cream. 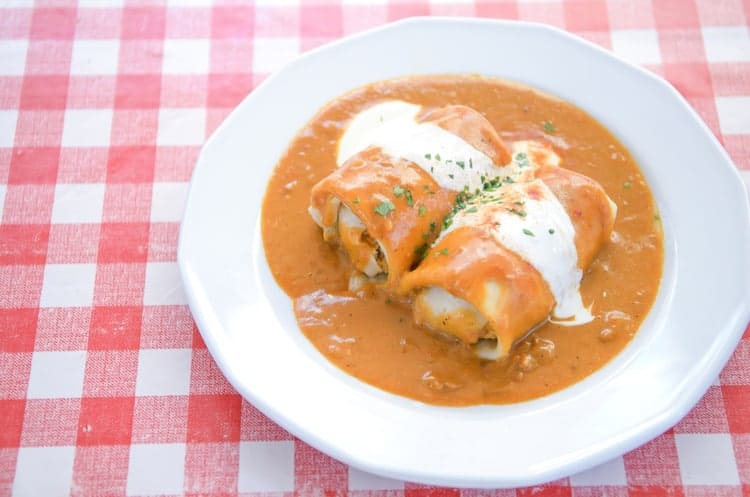 Stews and soups are some of the most popular foods in Hungary. Pörkölt is one of them, and is a stew made from meat and a thick paprika spiced sauce.

This dish is often served with Nokedli, which is homemade Hungarian noodles.

Stuffed Hungarian peppers is a classic when it comes to food in Hungary. The peppers are stuffed with meat, rice, and vegetables that are cooked in a sauce.

There are vegetarian versions of this dish as well, which makes this to one of the most popular Hungarian foods among vegetarians. 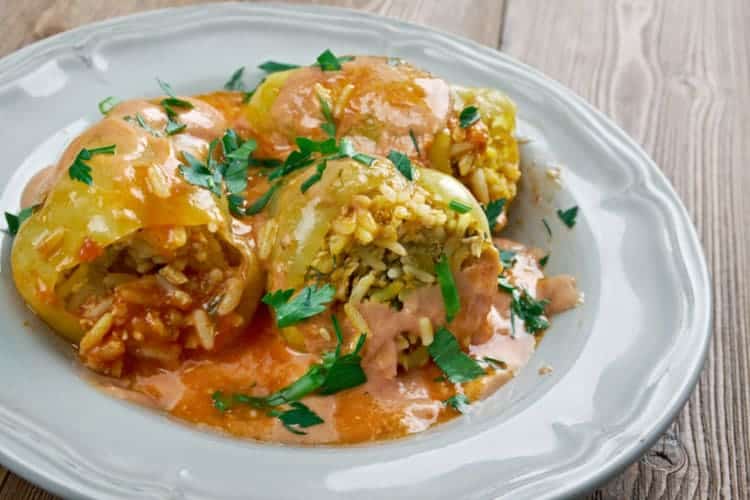 Like many other countries around the world, fried cheese is a popular food in Hungary.

It’s made of breaded cheese (most commonly Trappista cheese) that is deep fried. It’s served with rice or french fries and tartar sauce. Rántott Sajt is a simple but delicious dish to order at restaurants.

Another traditional stew is Paprikás Krumpli. It’s a paprika-based stew made with potatoes and spicy sausages.

It’s a local favorite, and must to taste if you like a little bit spicy food. 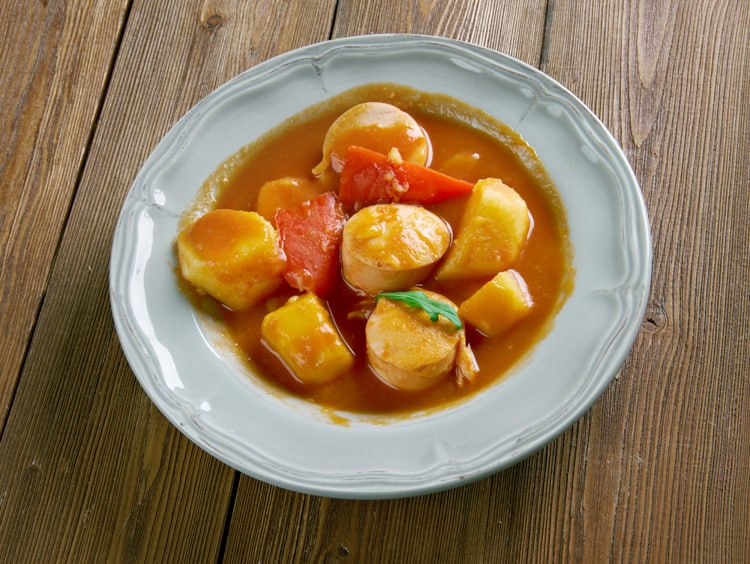 This is another traditional dish that contain several of the staple ingredients of the Hungarian cuisine; paprika, potatoes, eggs, and sour cream.

It’s a potato casserole layered with sausages, bacon, potatoes, and boiled eggs. It’s sprinkled with some salt, pepper, and paprika powder between the layers, and topped with sour cream before being baked in the oven.

It’s a yummy food to taste in Hungary! 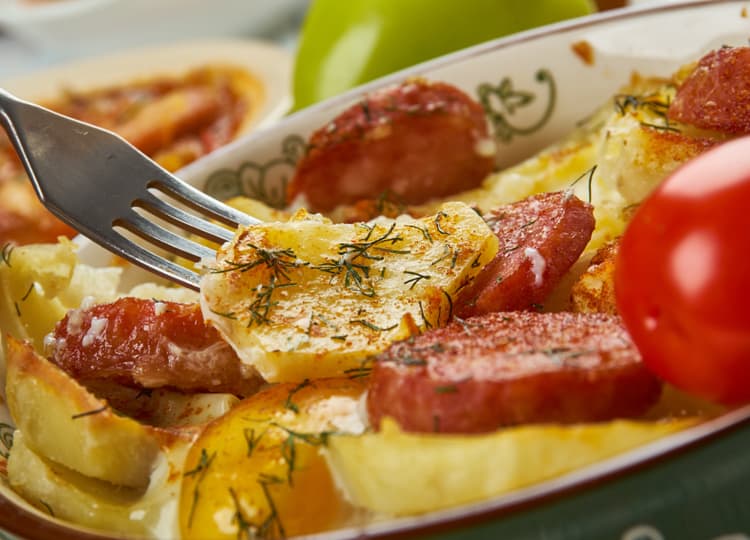 This is not exactly a Hungarian dish, but it’s an important staple in the Hungarian cuisine.

Kolbász means sausage in Hungarian, and is common to add in different kinds of Hungarian dishes, or to eat as it is.

Hungary is famous for making some of the most delicious sausages in the world, so make sure to taste it while you’re in the country. 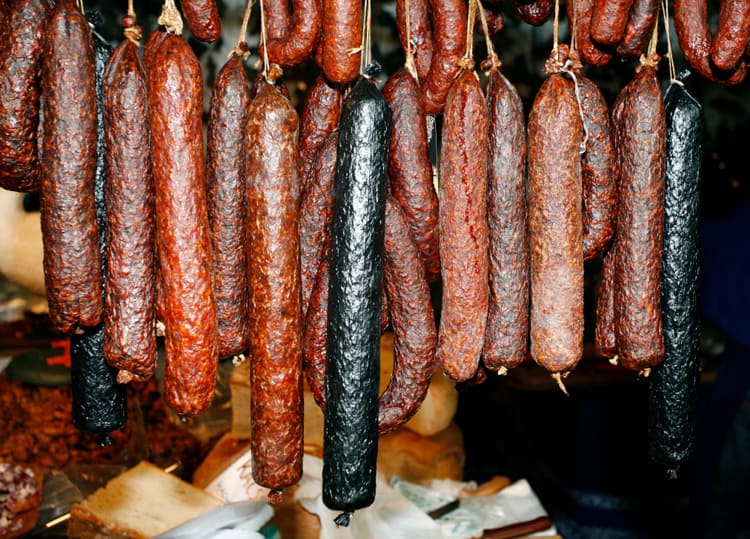 Nokedli is hungarian noodles, also known as spätzle in Germany. They’re made of a dough similar to pasta, and comes in various shapes.

One of the best things about them is that they’re homemade in the households and restaurants of Hungary. They’re simply delicious! 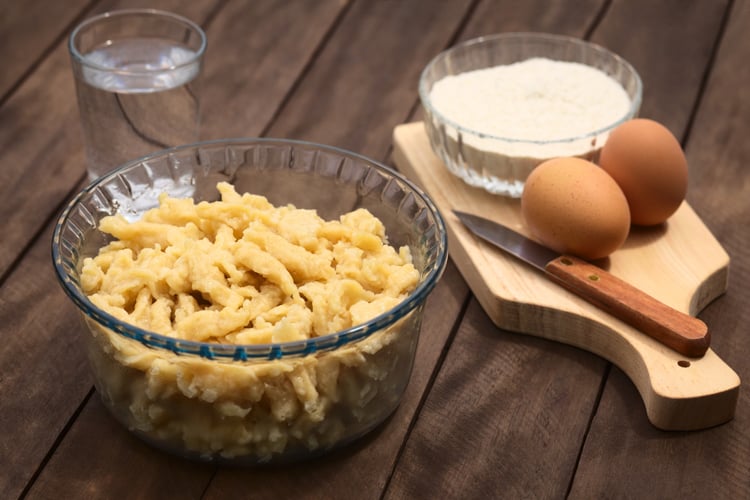 Hungarian food goes back long in history where they have been influenced by both the Magyar people, the Austrian cuisine, as well as the German cuisine. Some of the recipes haven’t been changed for hundreds of years.

Paprika, meat, vegetables, dairy products, cheese, and eggs are staple foods in the Hungarian cuisine. Bread is also a staple and is often served with your meal.

Stews and soups are common dishes in the Hungarian cuisine. Every region of Hungary have their own versions and specialties of the traditional stews and soups.

What’s the national dish of Hungary?

Gulyás, also known as goulash, is the national dish of Hungary.

What is a traditional meal in Hungary?

A traditional Hungarian meal is often based on meat, seasonal vegetables, dairy products, and cheese. Stews and soups are popular to eat in Hungary, as well as dishes with nokedli, paprika, and sour cream. 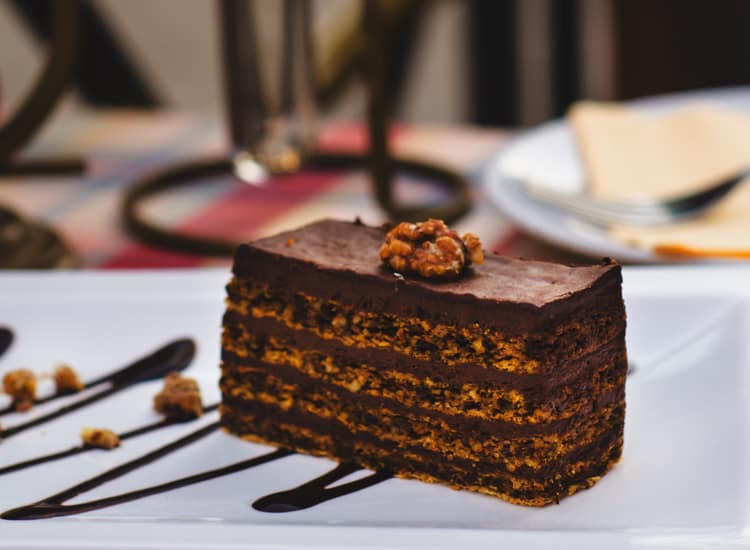 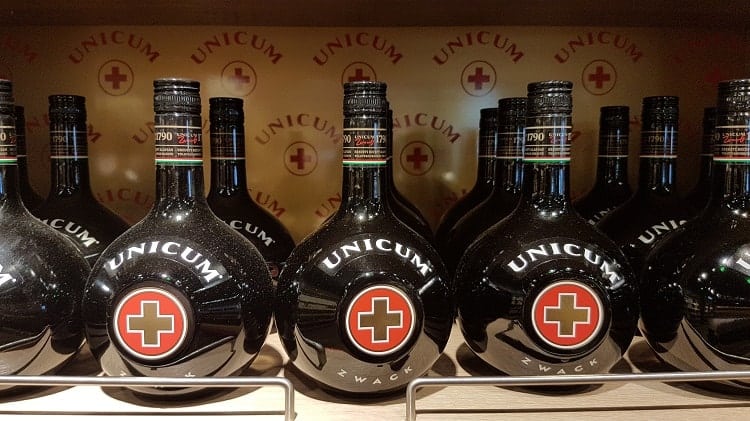 Down below you have a little list of common Christmas food in Hungary: 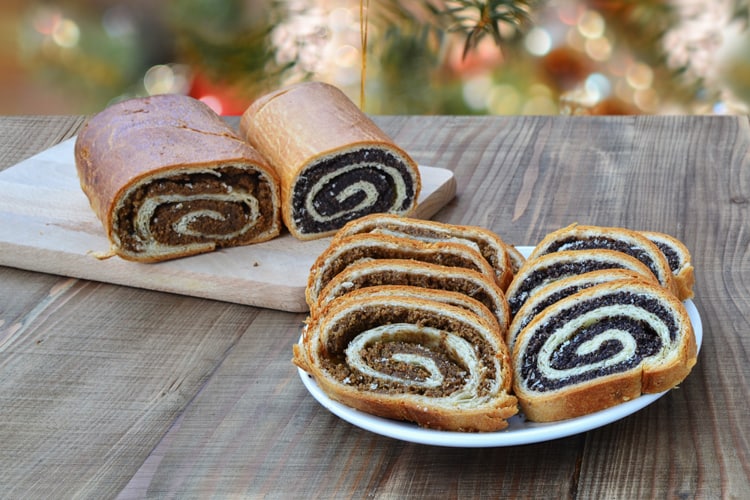 Do you have more questions about Hungarian food and cuisine? Leave a comment below!