Want to know more about Indian food and cuisine? India is one of the countries that is famous all over the world for it’s food. In most countries worldwide, you can find Indian restaurants serving classic indian dishes. Indian food is that popular.

Even though you can find indian food in most countries, there’s nothing like having a traditional indian meal in India. It’s the mix between the fresh ingredients, spices, and the environment that make the indian cuisine so special.

Here are 12 traditional dishes that you can taste in India for a local experience:

Alu Gobi is a popular Indian stew made from potatoes, cauliflower, and different kinds of local spices.

It has a yellow color from turmeric, and other common ingredients include ginger, onion, coriander, garlic, tomatoes, peas, and cumin.

It’s a delicious dish that’s a favorite among vegan tourists. 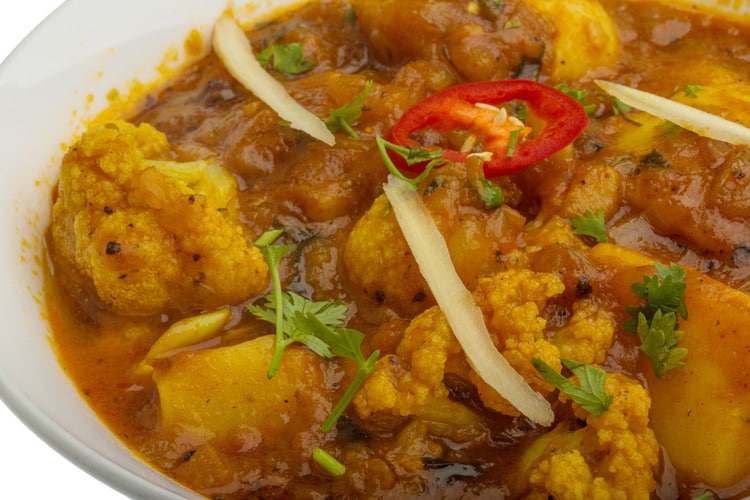 Chicken Tikka Masala is a delicious and creamy dish made from grilled chicken and a tomato-yoghurt sauce.

This dish is served with rice as well as some warm naan bread. 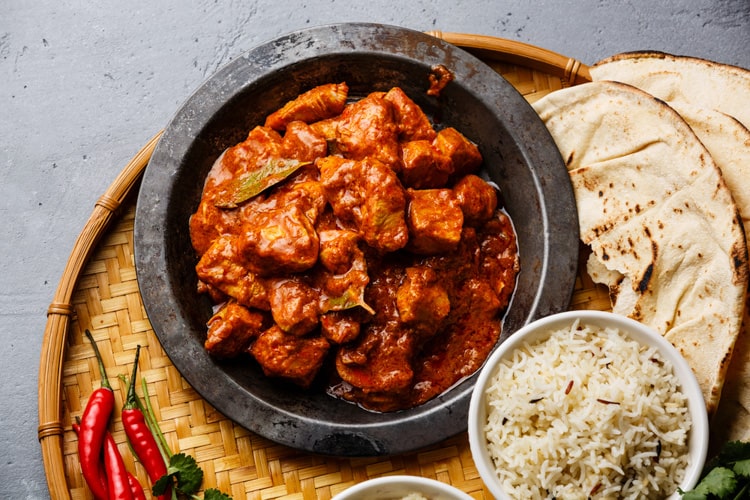 The Indian food Murg Makhani, also known under the name “Butter Chicken”, is one of the most popular dishes in India.

It’s made of chicken cooked in a fresh tomato, garlic, and cardamom sauce. Butter and fresh cream is added, as well as several local spices such as cumin, cloves, cinnamon, coriander, and pepper.

It truly is a delicious dish, so make sure to add it to your Indian food bucket list! 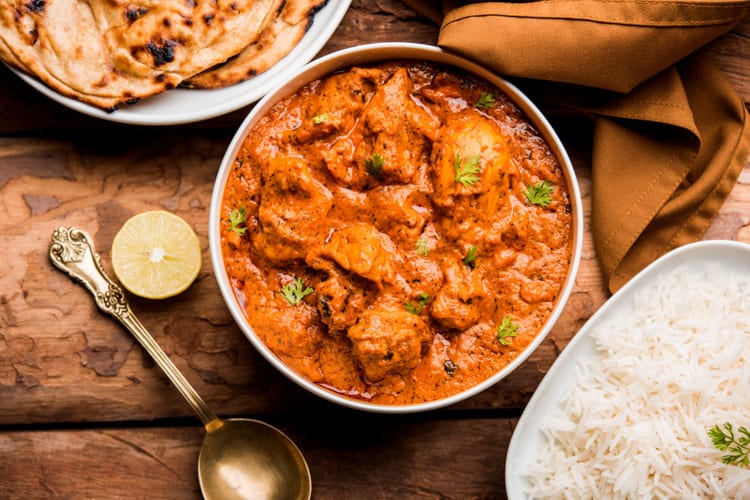 Rogan Josh is a classic dish in the Indian Kashmiri cuisine. It’s one of the most popular food in India.

It’s made of chunks of braised lamb in a gravy made of onions, shallots, yoghurt, ginger, garlic, and several spices such as cardamom, cinnamon, bay leaves, and cloves. It has a beautiful red color and hot flavor from the Kashmiri chillies.

This is no doubt one of the best food in India if you like to eat lamb. 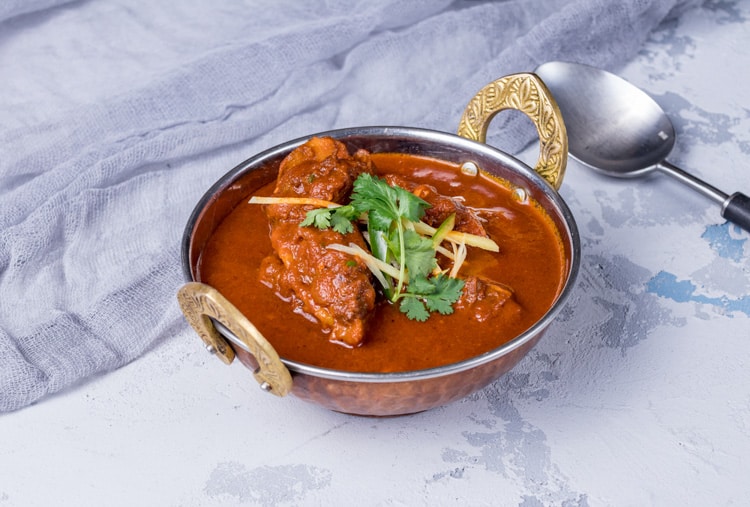 Dosa originally comes from southern India, but is today popular all over the country. It’s a crispy pancake made of rice, black lentils, and fermented batter. 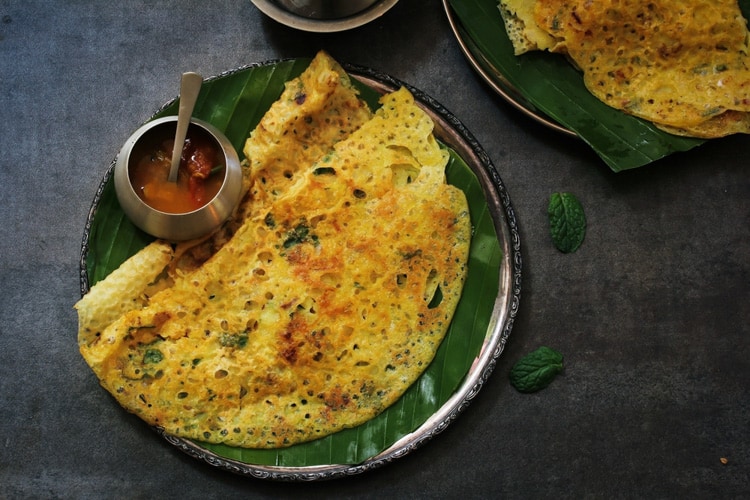 The local dish Malai Kofta is a popular food in India among vegetarians. It’s made of a creamy sauce of both cashew nuts and tomatoes.

It’s served hot with some basmati rice on the side. 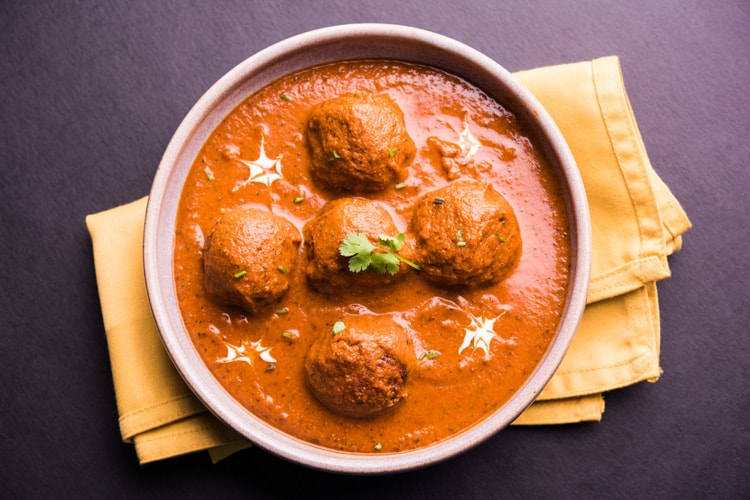 Papdi Chaat is a popular snack in northern India. In most streets, there are vendors selling this delicious local snack.

It’s made from deep-fried dough topped with potatoes, chickpeas, and a spicy, sweet, and tangy sauce.

It’s simply delicious, and a must to taste if you see it at a local food market. 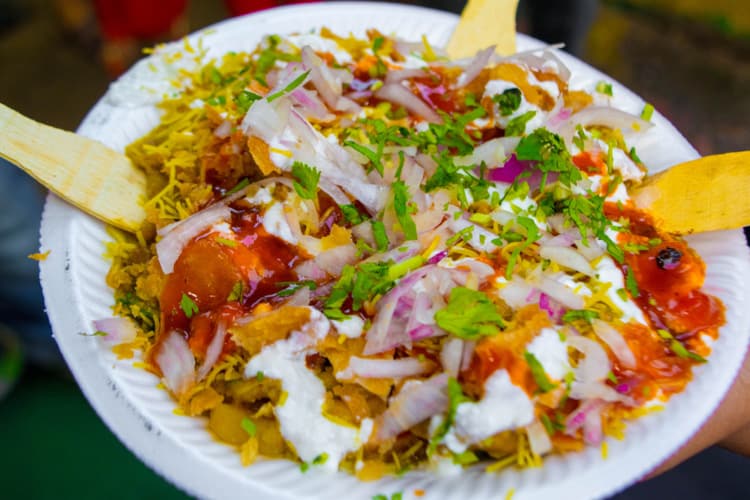 One of my absolut favorite things to eat in India is naan bread. It’s a type of oven-baked flatbread that’s typically served with a meal.

The most common version of naan is the plain one brushed with ghee or butter, but there’s also garlic naan and cheese naan available. Garlic naan is my personal favorite. 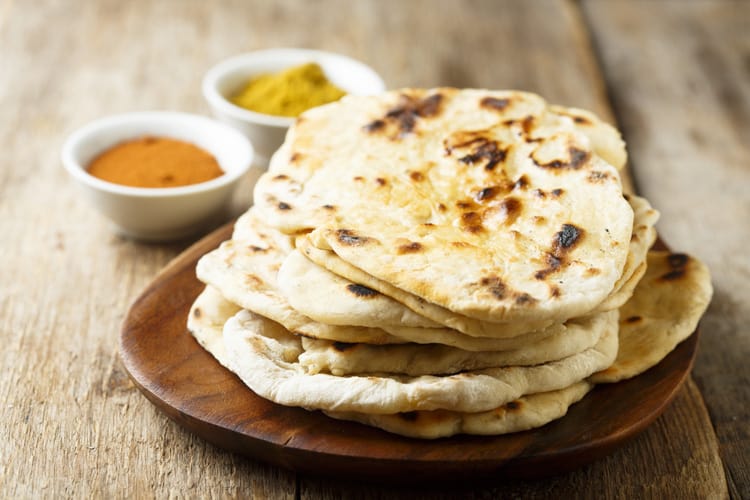 When in Northern India you have to taste tandoori chicken. It’s a popular dish made of chicken roasted in a clay oven, also known as a tandoor.

The chicken is marinated in yoghurt and a tandoori masala spice mixture, and then grilled in the tandoor. It’s served hot with both rice and naan bread. 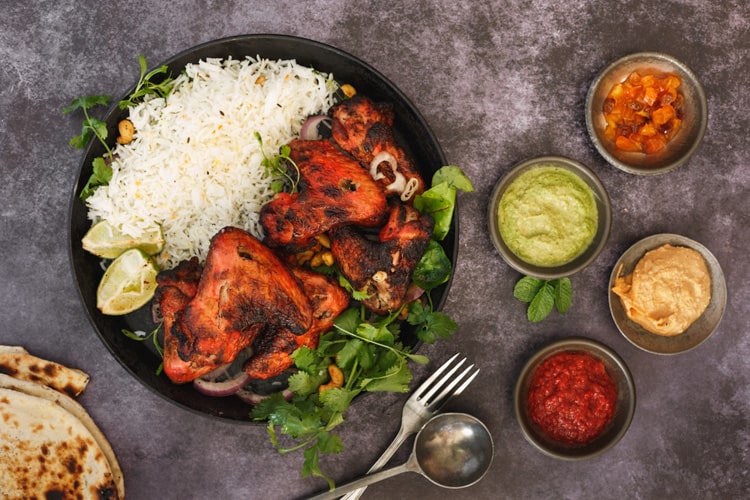 Samosa is a local snack that was brought to the country by the Mughals. It’s a snack made of deep-fried dough stuffed with potatoes, lentils, peas, or minced meat.

The indian samosas are usually served with mint and tamarind chutneys. 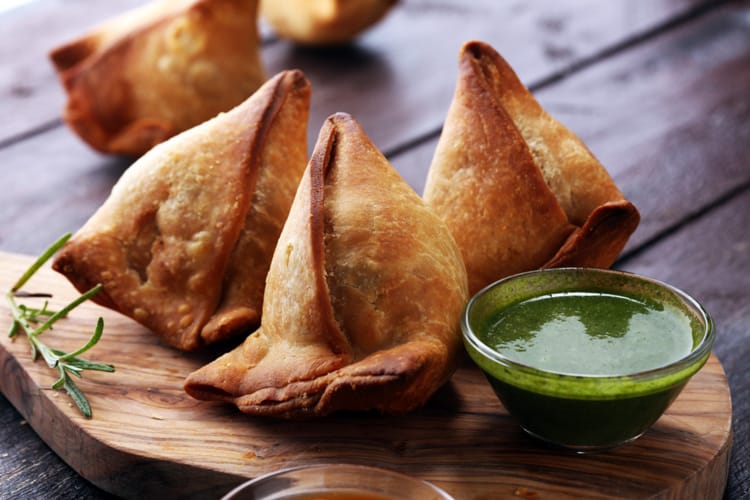 Vindaloo is a common dish from southern India. There are several versions of this dish, but the most popular is made of meat (usually pork) cooked in red chilies, garlic, potatoes, and different kinds of spices such as cumin and coriander.

This dish is known to be very spicy, so be carful when tasting it. 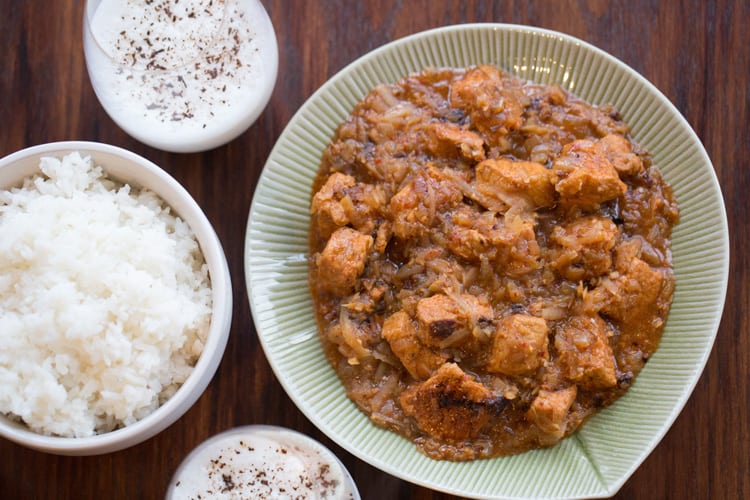 Dal makhani is a classic vegetarian staple dish in the Indian cuisine.

It’s made of black lentils cooked in butter, cream, tomato puree, onion, ginger, garlic and various spices such as cloves, chili, and pepper.

Dal makhani is a creamy dish with a little spicy kick! 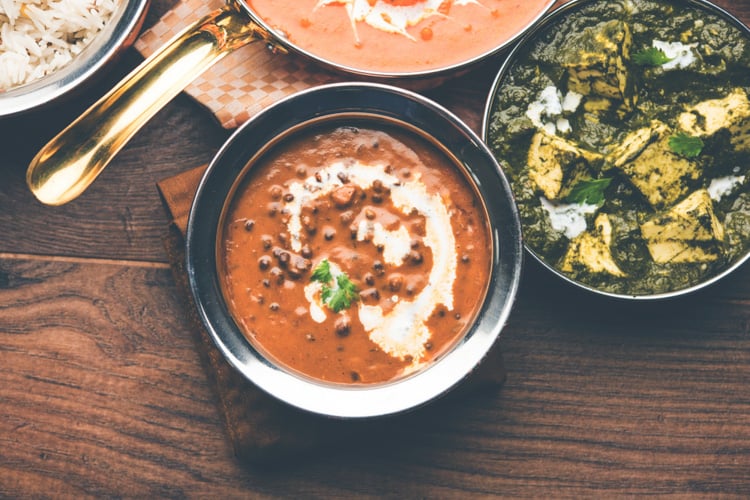 The food from India varies depending on region and traditions.

In the different regions of India they have different kinds of soil, climate, cultures, ethnic groups, and occupations. All these things affect what food and spices they have available to use in their cooking.

Staple foods of the Indian cuisine include rice, lentils, peas, beans, and vegetable oil. Powdered chili pepper, cardamom, cumin, turmeric, ginger, coriander, curry, saffron, and garlic are some of the most common spices to use in Indian food.

What’s the national dish of India?

There’s no national dish of India.

What is a traditional meal in India?

A traditional indian meal often consists of rice and a curry or stew made of spicy vegetables. Naan bread is also common to eat with Indian food.

India is a perfect destination for you who loves sweets. There’s everything from Halwa and Gulab Jamun to Jalebi and Barfi. Blow you have 10 recommended Indian desserts to taste in India: 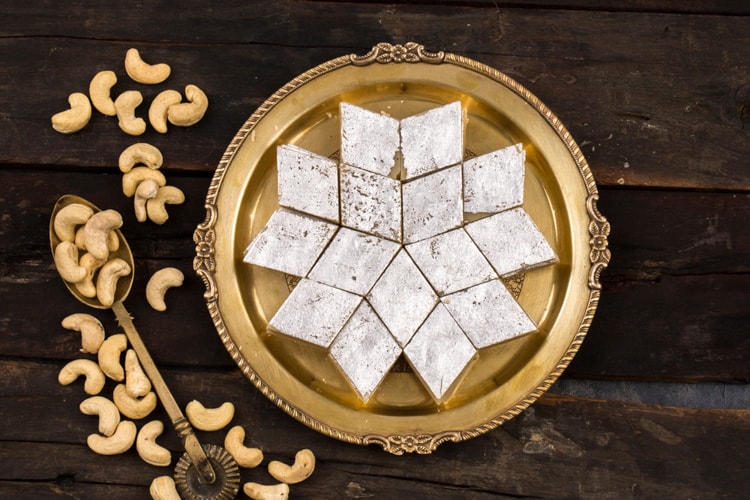 There are several delicious Indian drinks that you can taste during your stay in the country. Here you have recommendations of some of them: 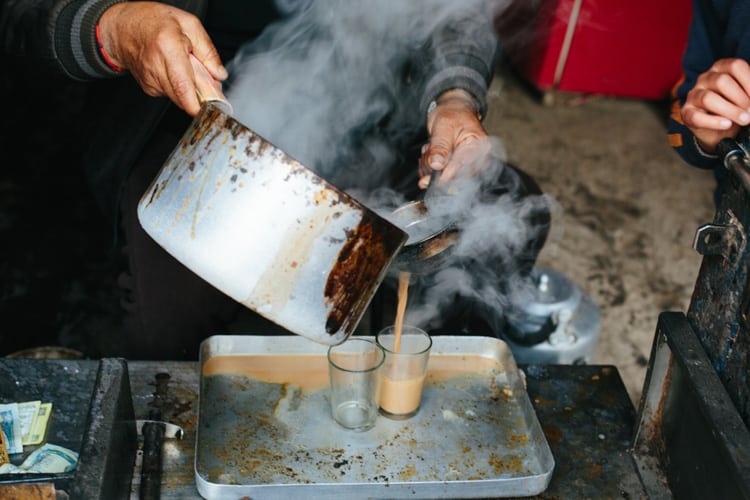 Do you have more questions about Indian food and cuisine? Leave a comment below!