11 Irish Desserts and Cakes to Taste

Want to taste some Irish desserts during your next trip to Ireland? Ireland is a country that has a lot to offer when it comes to desserts and sweets. There are so many delicious desserts to taste, and interesting new flavors to discover.

Here are 11 Irish desserts that you can taste in Ireland for an unforgettable experience:

This traditional Irish pudding is made from chondrus crispus, also known as carrageen moss. It’s a red type of seaweed that’s cleaned and dried before before being soaked in warm water and boiled with milk.

The seaweed is then mixed with sugar, egg, and vanilla to create a fluffy and light dessert. It’s chilled in the fridge before being served with a raspberry sauce on top.

It’s definitely one of the most unique Irish desserts, so make sure to taste it while you’re in Ireland.

Scones is a classic when it comes to Irish desserts and sweets. These small cakes are made from flour, sugar, salt, baking powder, butter and milk, and are usually filled with dried fruits.

They’re served warm alongside some jam and cream cheese, as well as a delicious cup of tea. 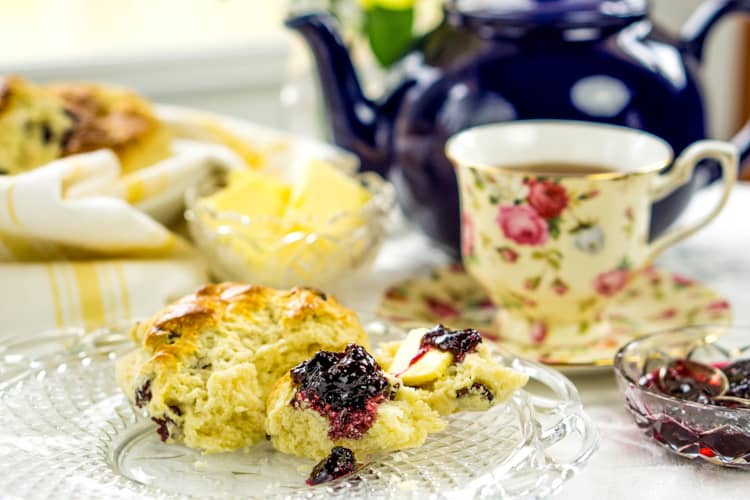 It’s a delicious Irish dessert and a must to taste in Ireland. 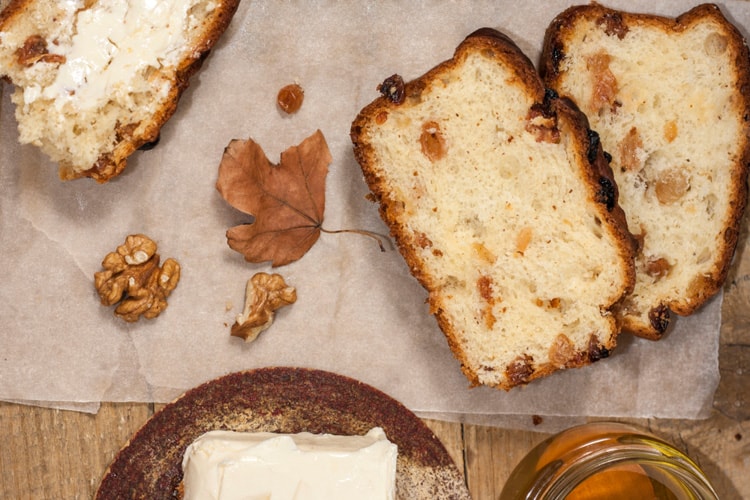 One of the most classic things to taste in Ireland is Irish coffee. It’s a beverage made from Irish whisky, coffee, and brown sugar – topped with whipped cream.

It was invented in 1942 by Joe Sheridan in the village of Foynes, and have been popular among both locals and tourists ever since. 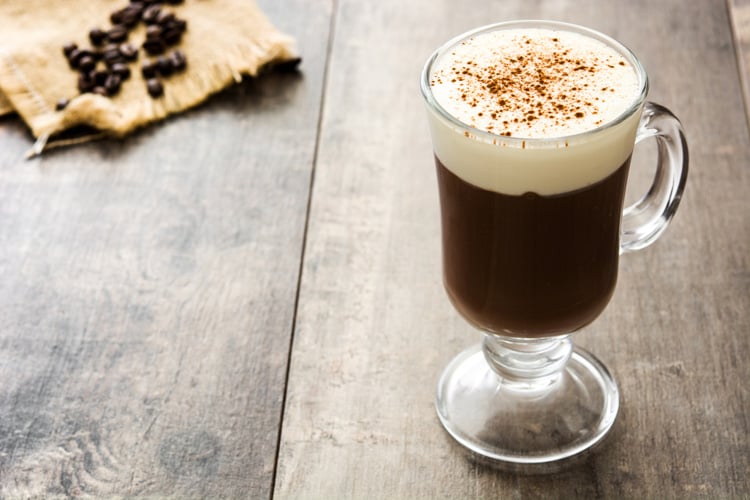 Soda bread pudding is a classic British dessert, however, the Irish version is a little bit different and uses Irish soda bread which gives this dessert its unique taste.

The Irish soda bread is cut into pieces and soaked in a mixture of milk, cream, egg yolks, vanilla, and sugar. It’s baked until golden and served with crème anglaise, which is rich custard sauce.

It’s a classic sweet from Ireland that’s a must to taste. A popular place to taste these truffles is at Brooks Hotel, which uses Teelings whiskey in their recipe.

These are also perfect to bring home as a souvenir from Ireland, since they last a couple of days in the box.

It’s made of butter, brown sugar, syrup, water, vinegar and baking soda. The ingredients are mixed together, melted, and then boiled until it reaches a hard-crack stage at 149 degrees Celcius. The mixture is then poured into a pan before it hardens.

When completely hard you break it into chunks with the help of a hammer and a towel. These pieces can be eaten as they are, dipped in chocolate, or used as topping on ice cream and various Irish desserts.

Like many other Irish dishes and desserts, whiskey, beer and wine are used in the local recipes. Like you can hear on the name ”Guinness cake”, Guinness stout is used for this cake which is a strong beer.

The beer is mixed with butter, cocoa power, sugar, sour cream, eggs, vanilla, flour, and baking soda. It’s all mixed together and baked in the oven. It’s served on a plate with a creamy icing on the top, yummy! 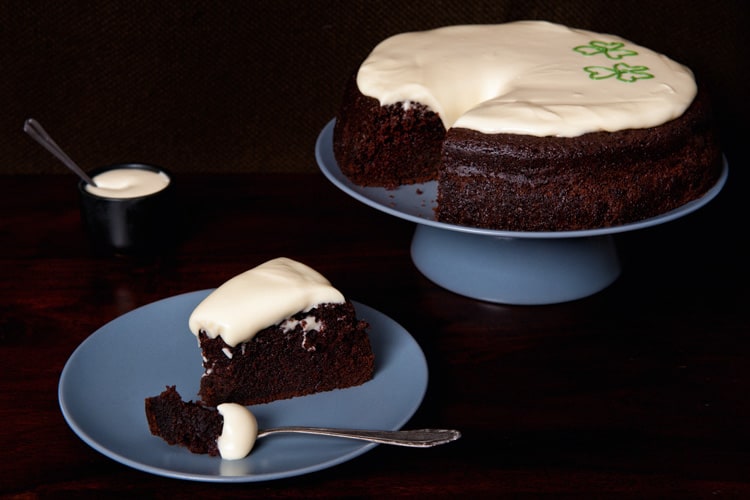 The Irish apple tart is one of the most loved desserts in the country. It’s made with a pastry filled with apples, sugar and various spices. It’s usually served with a delicious custard sauce, but can also be served with whipped cream and ice cream.

It’s one of the most classic Irish desserts, so make sure to taste it while you’re in the country. 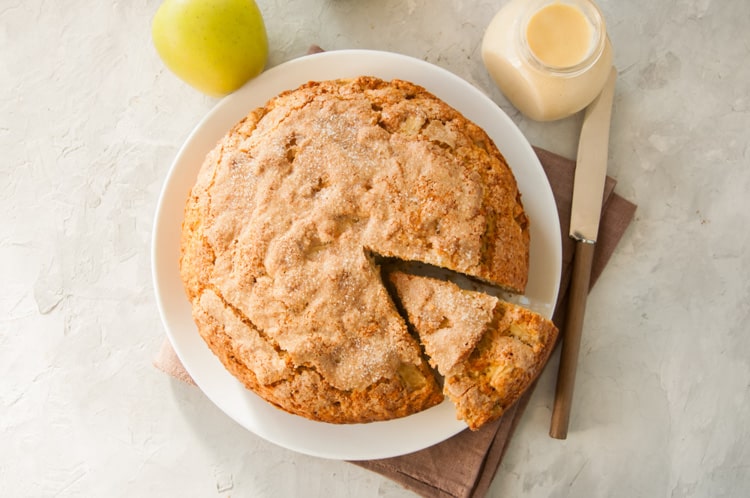 This cake is usually made to celebrate St. Patrick’s Day and is made with porter, like Guinness, Beamish, or Murphy’s, dried fruits, and various spices.

It’s a rich and moist fruitcake that’s a must to taste during your stay in Ireland.

The Irish trifle is a mix between soft cake, jam, pudding, whipped cream and fruit. It’s basically a layered custard dessert, that’s popular among both locals and tourists.

The ingredients are put into layers and are topped with whipped cream and various berries. It has a sweet and fruity flavor, with a slightly sour taste from the berries. It’s absolutely delicious, so make sure to taste it! 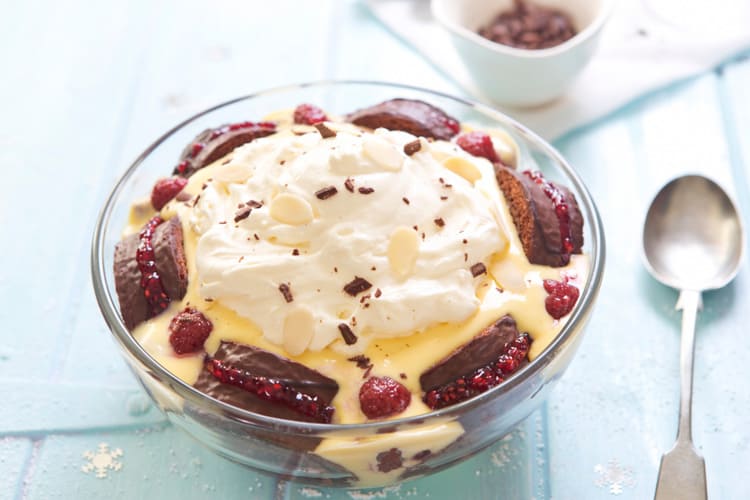 Irish desserts gives you that warm feeling of home, with its various delicious and home made desserts. It’s perfect to eat after an Irish meal, or in the middle of the day with a cup of tea or coffee.

One of the most commonly used ingredients is fruit. Both fresh and dried fruits are used in several local Irish dessert recipes. Pies, cake, and puddings are also very common and has long been a part of the Irish cuisine.

Irish whiskey is another common ingredient to use in various Irish desserts. 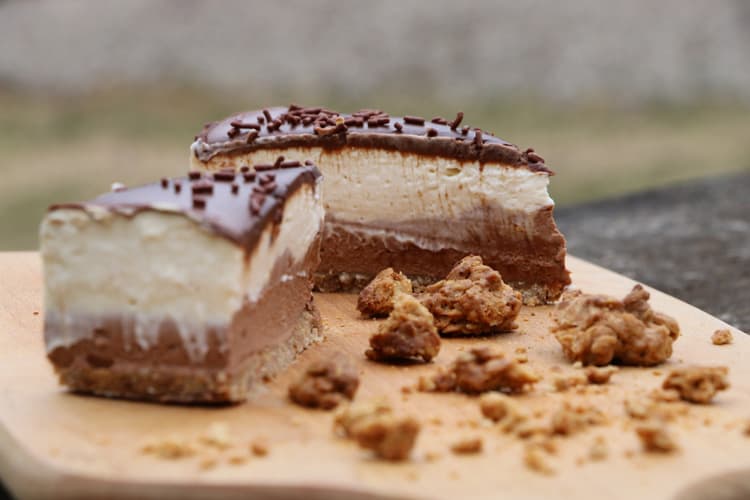 Which is your favorite Irish dessert? Leave a comment below!