12 Italian Desserts and Cakes to Taste

Want to taste some Italian desserts during your next trip to Italy? Italy is a country that’s world-renowned for its desserts.

Here originates famous desserts like panna cotta, tiramisu, and biscotti. And, in addition to these, there are several other delicious and interesting Italian desserts to taste during your stay.

Here are 12 Italian desserts to taste during your stay in beautiful Italy:

I simply cannot start this list without mentioning the Italian ice cream, also known worldwide under the name “Gelato”. It’s both the texture and flavor that make Italian gelato so special.

When visiting the various ice cream parlors in Italy you’ll have several flavors to choose from. There’s everything from pistachio, chocolate and vanilla to more unusual flavors such as rose and lavender. 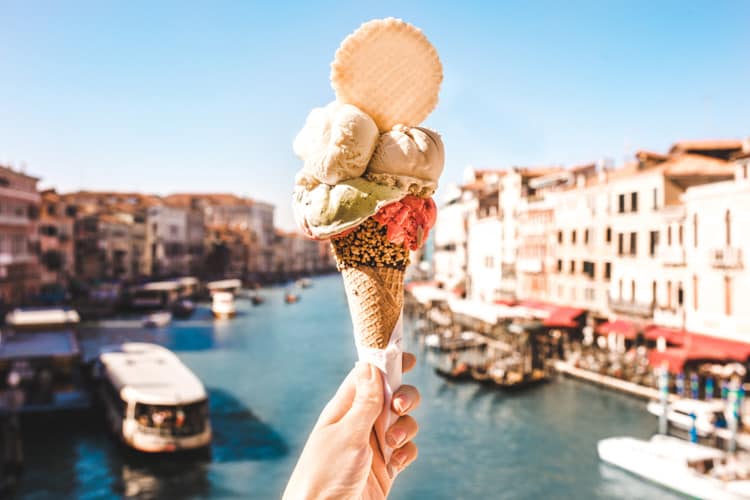 Sfogliatelle is an Italian pastry made with layers of thin rolled pasta dough and filled with ricotta cheese. It’s similar to French croissants, but is a bit more crunchy to hold that delicious ricotta filling.

It’s a must to taste when sitting down at a café in Italy while drinking an espresso. They’re simply delicious! 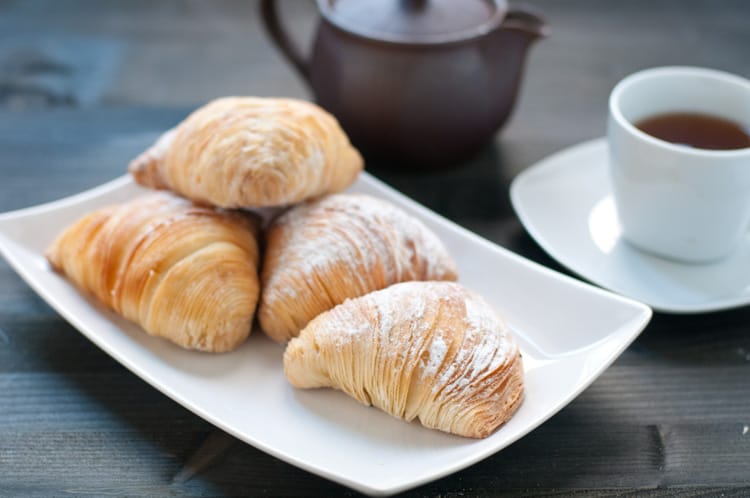 Cannoli is one of the most popular sweets in Italy. It’s a tube-shaped shell of crispy pastry filled with whipped ricotta.

You can eat these plain or with different kinds of flavors and fillings. I personally like them plain, or those with chocolate flavor. 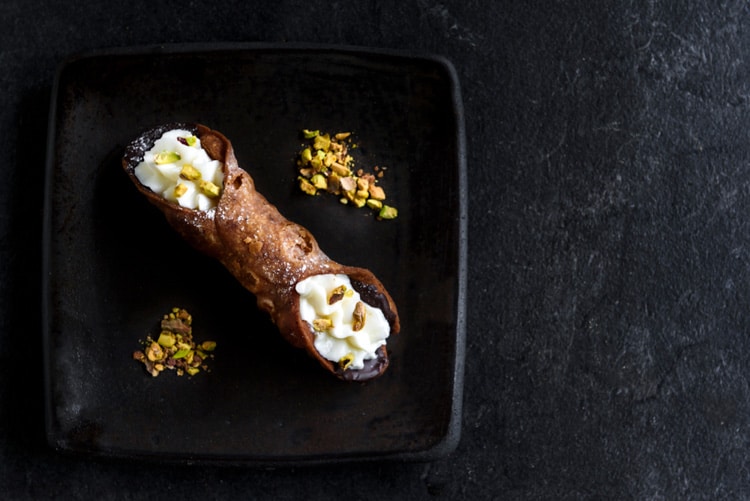 This dessert originally comes from Siena and is one of the most chewy Italian desserts. It’s filled with nuts and dried fruits, and is a popular snack to eat after dinner or during the holidays.

It’s delicious, so it’s a must to taste while you’re in Italy.

Italian nougat, also known as “torrone”, is something you want to taste in Italy. It’s made from egg whites, honey, and sugar that has been bound together. This nougat is chewy, soft, and has a great sweet flavor.

In addition to being so yummy, it also makes a perfect Italian souvenir to bring back home to friends and family. 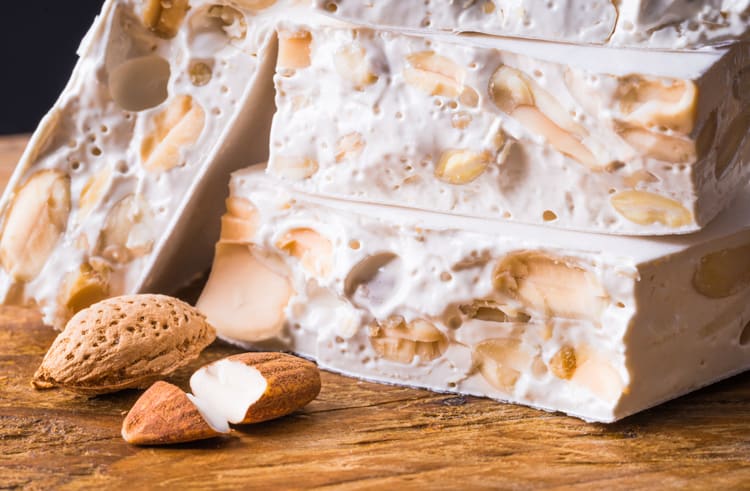 One of the most famous Italian desserts is Panna Cotta. Panna Cotta is a dessert made from cream, sugar, and gelatin.

The ingredients are mixed and warmed up, and then poured into moulds and cooled down. Some panna cottas are infused with spices such as coffee or vanilla, and topped with fruits, caramel, or chocolate.

It’s one of the most delicious Italian desserts, so make sure to taste one in Italy. 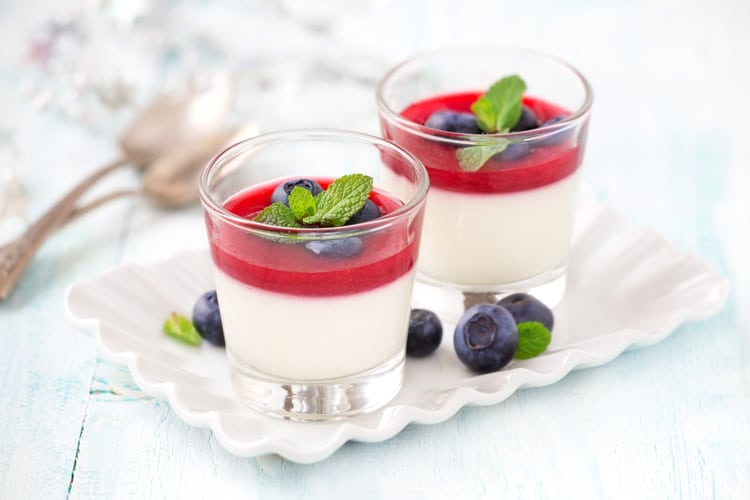 Biscotti are almond biscuits that originate from Prato in Italy. These biscuits are dry and crunchy due to being baked twice in the oven.

You can eat them plain or dip them in a drink. Locals prefer to dip it in Vin Santo, which is an Italian dessert wine. 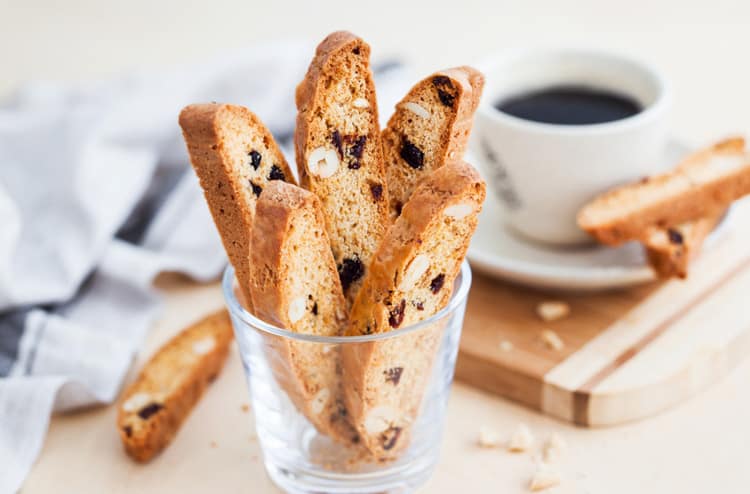 This classic dessert is made from ladyfingers drenched in rum-infused coffee syrup, mascarpone cream, and chocolate.

Tiramsu is a fluffy and flavorful dessert that you have to taste while you’re in Italy. 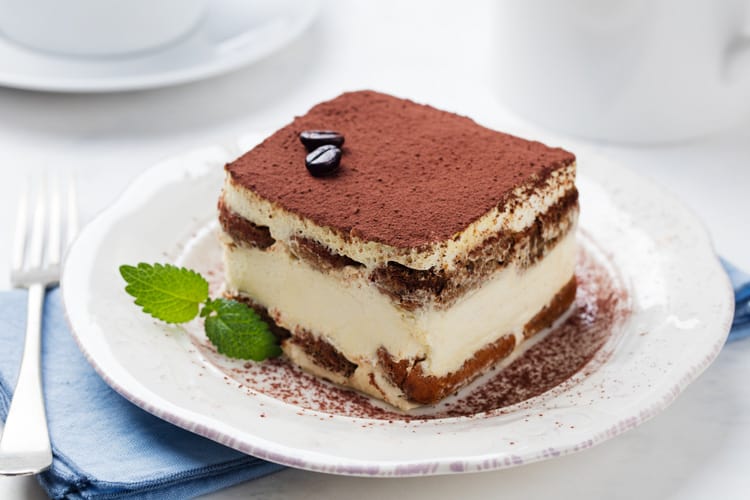 Semifreddo is a semi-frozen dessert that’s made from eggs, sugar, and cream. It has a texture of frozen mousse and is simply delicious – especially on a hot summers day. 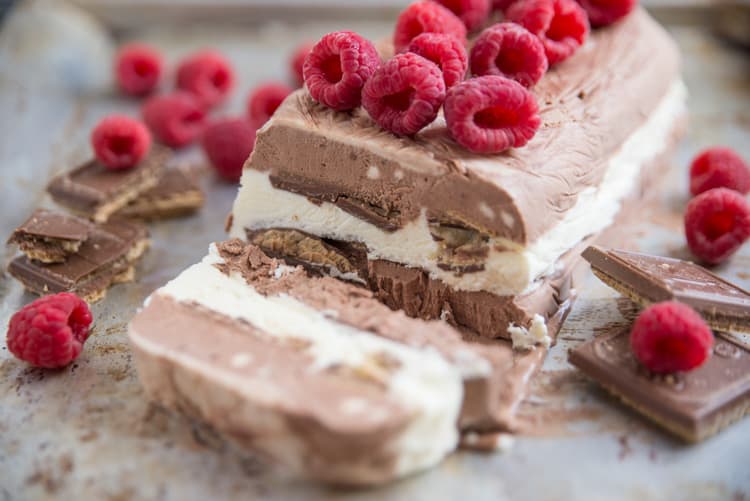 Pasticciotto is an Italian short-crust pastry filled with ricotta cheese or egg custard. It originates from Apulia in Southern Italy, which is one of the best places to eat it.

It’s typically served warm for breakfast, but can also be eaten at any other time during the day as a snack. 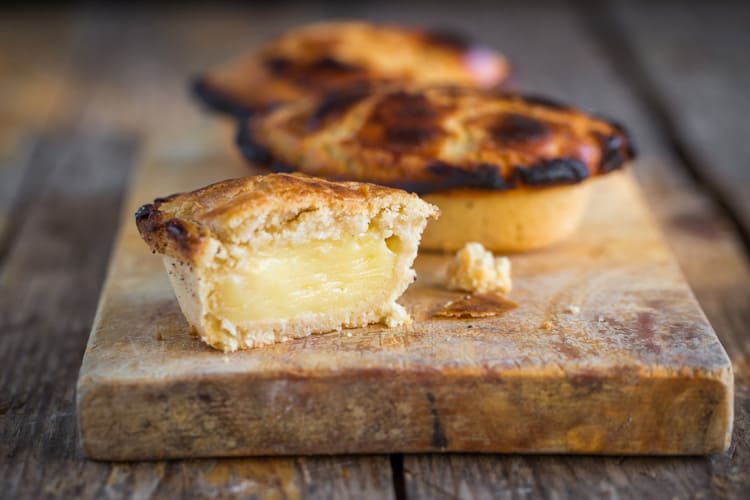 Zeppole, also known as Saint Joseph’s Day cake, is an Italian pastry made from deep-fried dough topped with powdered sugar.

Sometimes the zeppole is filled with custard, jelly, a butter/honey mixture, or cannoli-style pastry cream as well. It’s most commonly eaten during the celebration of the catholic feast day ”Saint Joseph’s Day”.

Pizzelle is a traditional waffle cookie made from flour, eggs, sugar, butter and oil. They are usually flavored with anise, but may also have the taste of vanilla or lemon.

These cookies can be hard and crispy or soft and chewy depending on how they are made. Pizzelle comes from Ortona in the Abruzzo Region and is popular to eat during both Easter and Christmas.

The Italian cuisine has roots that dates back to the 4th century BCE. It has become what it is today due to its long history with both social and political changes.

Today you can taste and eat several delicious dishes of Italian food and desserts that will make your tastebuds go crazy. Down below you have some more Italian desserts that are worth tasting during your trip in Italy.

Other Italian desserts to taste:

Do you have more questions about Italian desserts? Leave a comment below!