12 Japanese Desserts and Cakes to Taste

Want to taste some Japanese desserts during your next trip to Japan? One of my favorite things about Japan is all their delicious sweets and desserts. There are so many unique things to eat and new flavors to discover in Japan.

This is a country that has been making delicious desserts for centuries, before sugar was introduced. This has resulted in unique desserts with a focus on the natural flavors of the ingredients, with not too much added sugars into the recipes.

However, after sugar was introduced the locals went a little bit crazy and made some really good sugary desserts that are worth tasting as well. Here are 12 Japanese desserts to taste in Japan:

Mochi is a traditional Japanese dessert and can be found in every food market in Japan. It’s a rice cake made from mochigome, which is a type of glutinous rice. The rice is cooked and shaped into small balls.

They can be served toasted, dipped in a sauce, or sweetened with kinako. It’s a classic Japanese dessert and a must to taste while you’re in Japan! 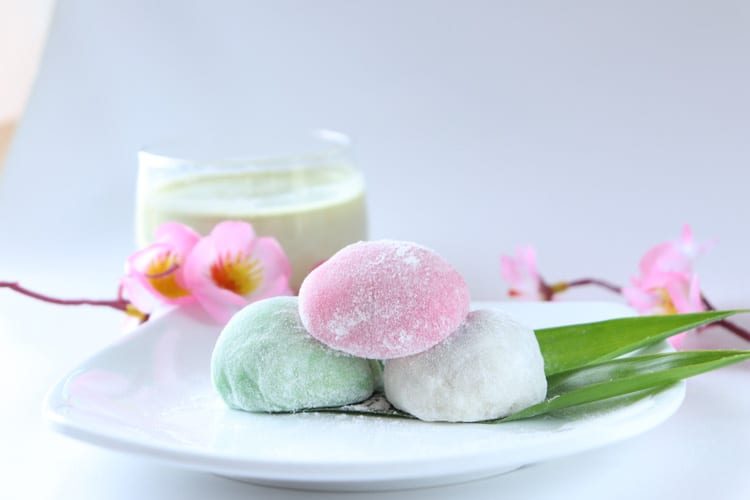 Dorayaki is made of pancakes that are put together as a sandwich and usually filled with anko (red bean paste). However, it can also be filled with whipped cream, ice cream, and chestnuts etc.

Fun fact: This is the Japanese manga- and anime character Doraemon’s favorite food. 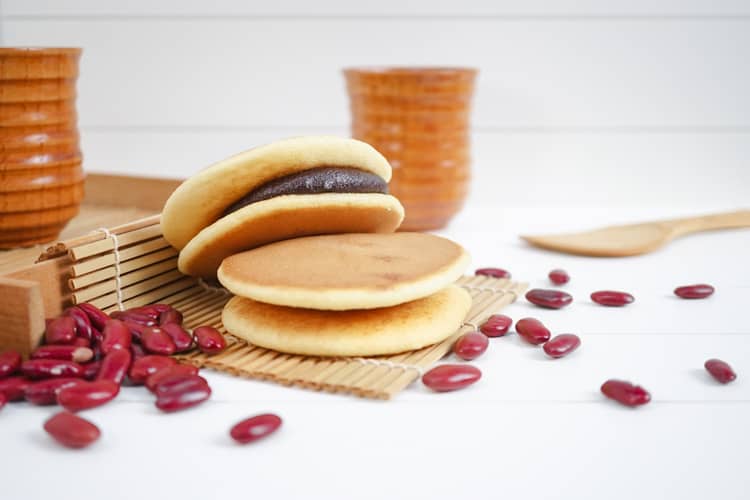 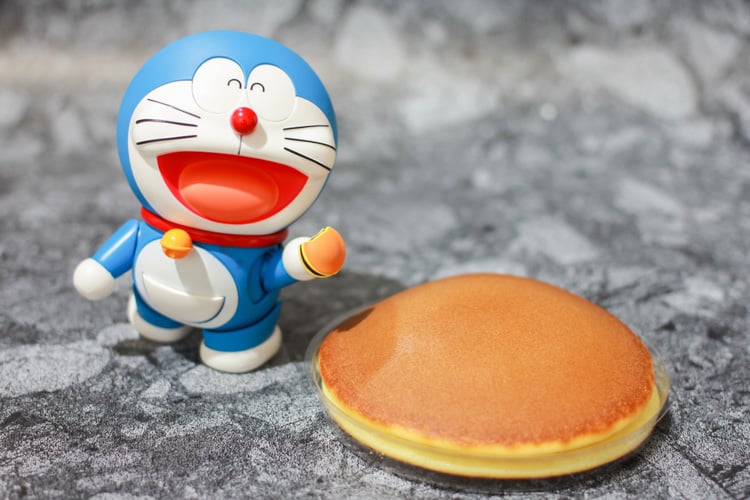 During the warm summer months anmitsu is a common Japanese dessert to eat. It’s made of anko (red bean paste), cubes of agar (jelly), as well as mochi, matcha ice cream, and various nuts and fruits.

It’s a combination of various delicious things, so make sure to taste it if you see it on a menu in Japan. 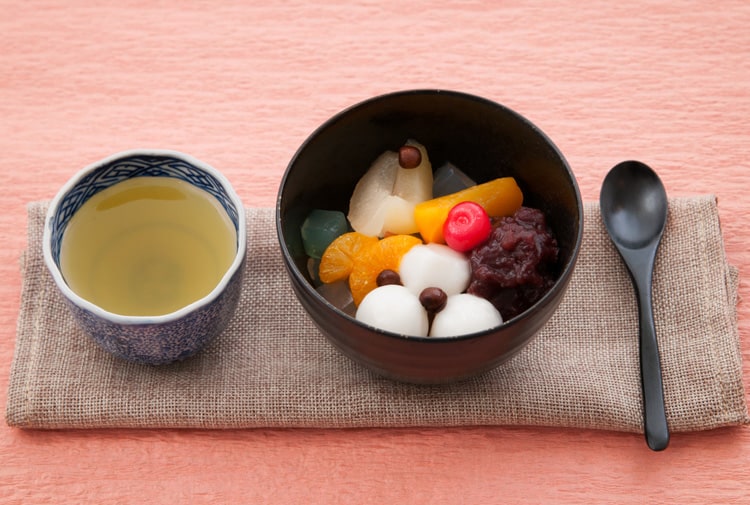 Kakigori is Japanese-style shaved ice that’s common to eat during the summer. It’s made from shaved ice and a colorful sweet syrup, usually with favors of lemon, melon, or strawberry.

To eat this Japanese dessert you either have to visit one of the specialized kakigori cafés or find it at a food stall or food market somewhere around the country. It’s a refreshing Japanese dessert, so make sure to taste it if you see it somewhere. 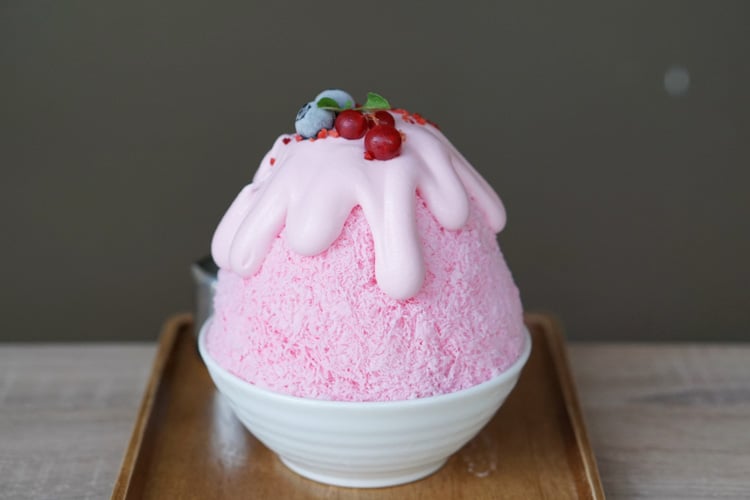 Coffee jelly is something that I got so surprised by when ordering a cute dessert at the Pompompurin café in Harajuku.

It’s made with black coffee and is usually served in various desserts or plain with some whipped cream or vanilla ice cream.

I didin’t like it so much, but it could have been because I had it in a dessert with various other things that I thought didn’t combine too well. However, I’m sure that it’s much more delicious to eat it as a dessert itself with some whipped cream or ice cream. 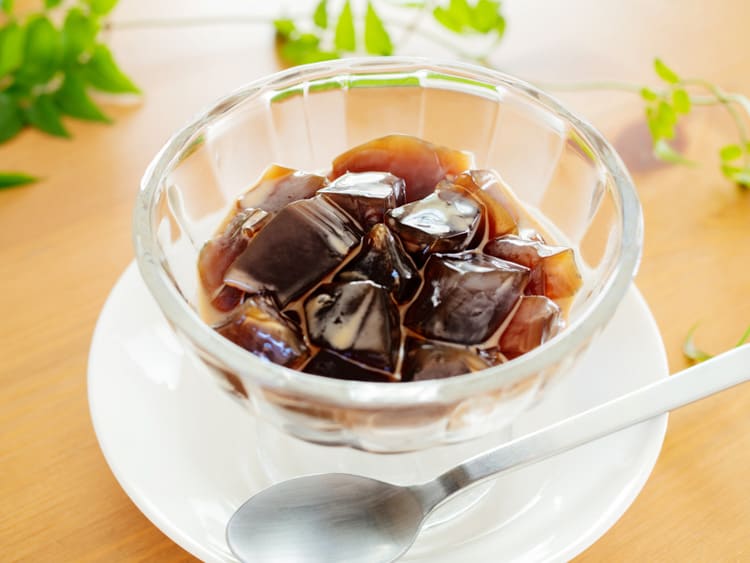 Namagashi is a general term for a sweet snack that’s served during a tea ceremony in Japan. They are freshly made and often have a shape of natural motifs such as leaves and flowers to reflect Japan’s four seasons.

I’ve got a namagashi at a tea ceremony in Kyoto, and I must say that it was really good. 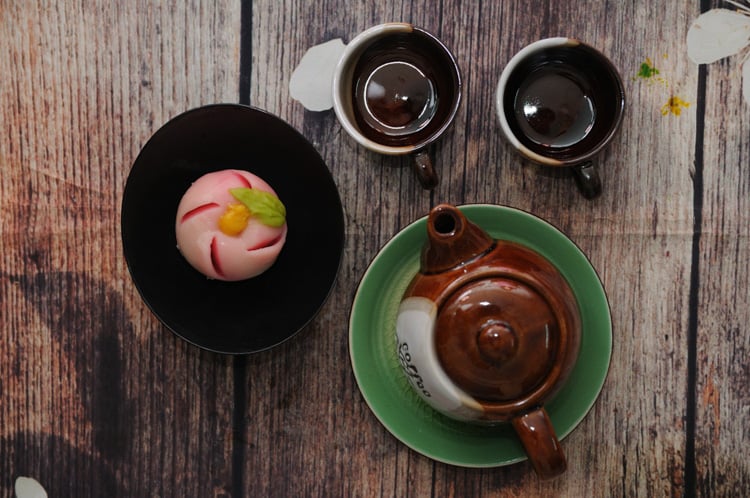 This Japanese dessert is pancake-like and traditionally filled with anko (red bean paste). However, it can also be filled with custard, different kinds of fruit jams, and even meat, potato, and curry.

The name of this snack varies depending on the filling, as well as where you buy it in Japan. 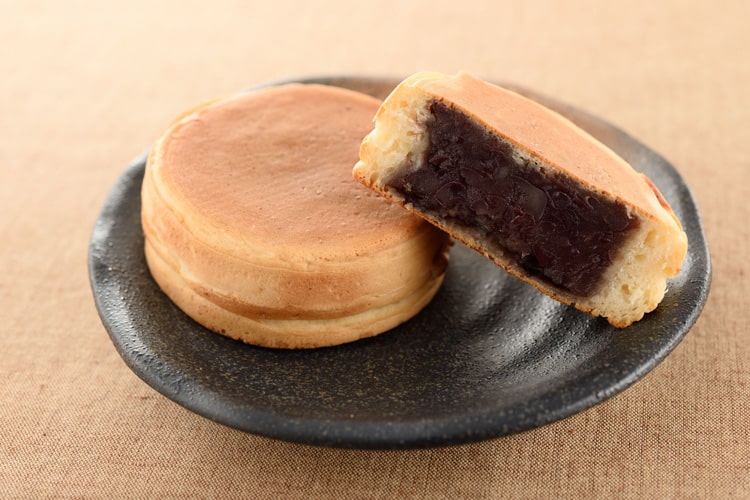 The matcha swiss roll is a fluffy spongecake filled with matcha cream. It’s a classic dessert in Japan and is perfect to pair with a cup of matcha tea.

If you like matcha flavor, then it’s a must to taste this colorful cake.

Daifuku is basically a mochi with a sweet filling. They can be filled with the red bean paste anko, flavored creams, ice cream, sweetened chestnuts, and various fruits.

I tasted one with strawberry at the Kuromon market in Osaka, and I must say that I really liked it. 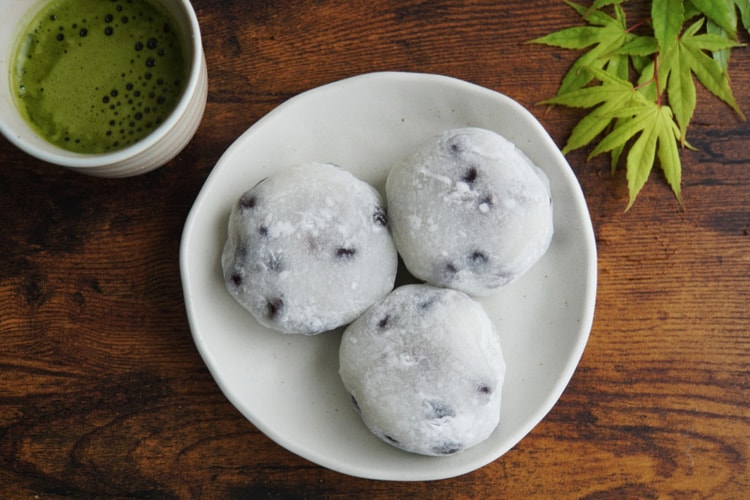 Purin is a creamy custard pudding with a silky texture and rich flavor. It’s usually served with soft caramel on top, which makes this Japanese dessert into pure perfection.

Fun fact: The famous Japanese character pompompurin got its name from looking like the purin pudding. You can see the similarity in the pictures below. 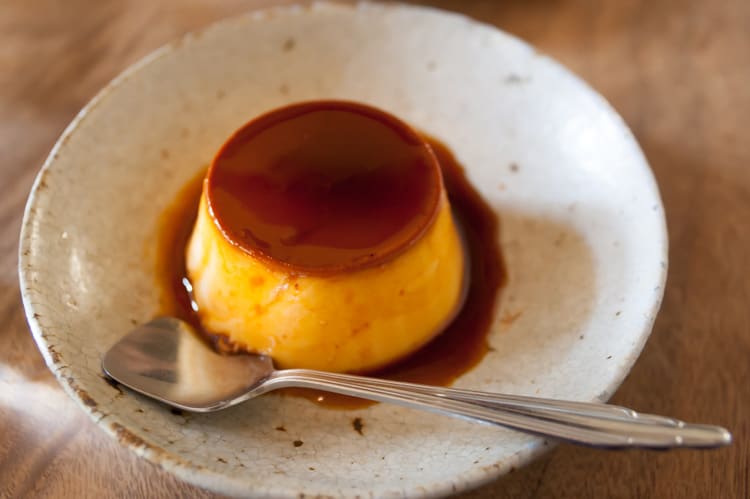 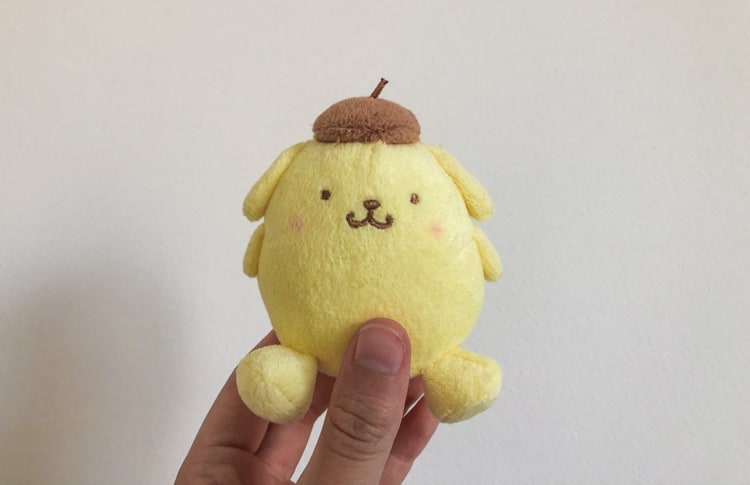 Dango is another classic when it comes to Japanese desserts. It’s a type of rice dumping that are put on skewers and grilled or toasted over an open fire.

There are several varieties of this Japanese dessert, however, the most common are those dipped in a sweet sauce or anko.

It’s a delicious sweet and a must to taste in Japan. They are chewy in texture and go well together with a cup of Japanese green tea.

Crepes is a sweet dessert that comes from France, but has been just as popular in Japan since the 1970s.

You can buy crepes in several cities around Japan, but they are most associated with Harajuku in Tokyo. In Harajuku you will find several shops selling hundreds of crepes with different ingredients – from savory to sweet.

It’s one of the most popular Japanese desserts to taste in Tokyo.

Japan is a country that’s not only known for its delicious Japanese food, but also for its sweet local desserts.

In Japan, traditional Japanese sweets are known as wagashi. They often include ingredients such as anko (red bean paste) mochigome (type of glutinous rice), matcha (green tea), and different kinds of sweet jams and syrups.

Custard is also popular to eat in Japan, it’s commonly sold at restaurants and cafés throughout the country.

What are your favorite Japanese desserts? Leave a comment below!