Want to know more about Lebanese food and cuisine? The Lebanese cuisine is full of fresh ingredients, beautiful colors, and rich tastes.

If you’re heading to Lebanon, you’re in for a treat, because there are so many delicious, fresh, and healthy dishes to taste. Here are 12 traditional dishes that you can taste in Lebanon for a local experience:

Tabbouleh is one of my favorite Lebanese dishes.

Tabbouleh is a classic dish to order as a dish dish, or when eating Lebanese meze for dinner. 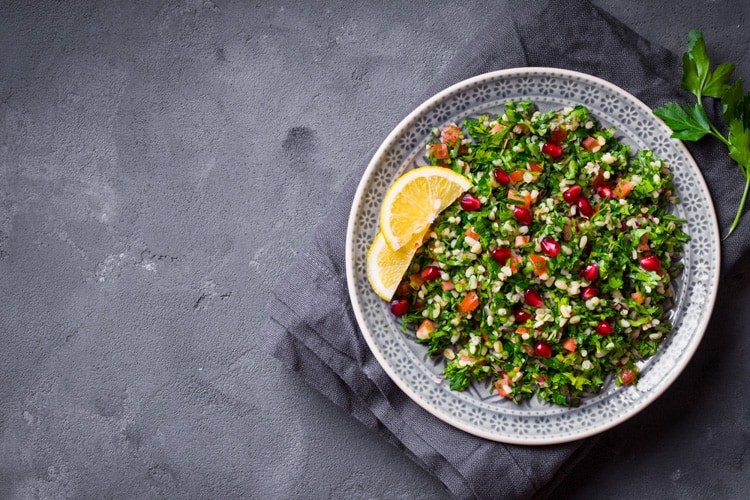 It’s baked in the oven until they get a golden color. 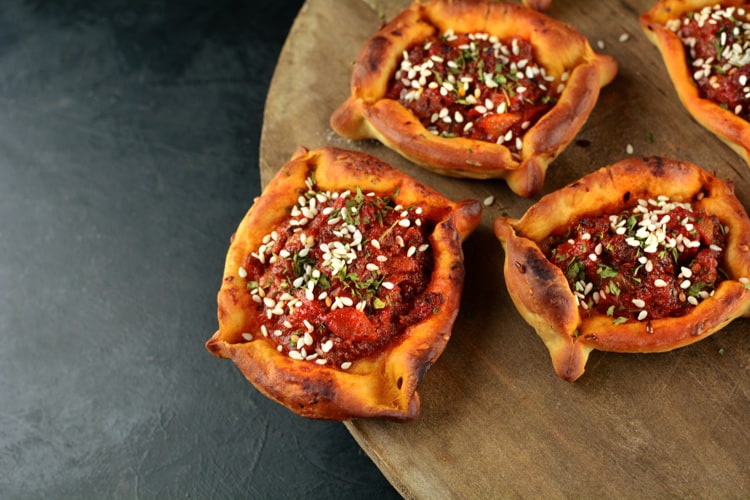 Kibbeh is the national dish of Lebanon and consists of torpedo-shaped fried croquettes that are filled with bulgur, minced meat (beef or lamb), onions, and sautéed pine nuts.

It’s a popular dish in Lebanon, so make sure to try it when you visit! 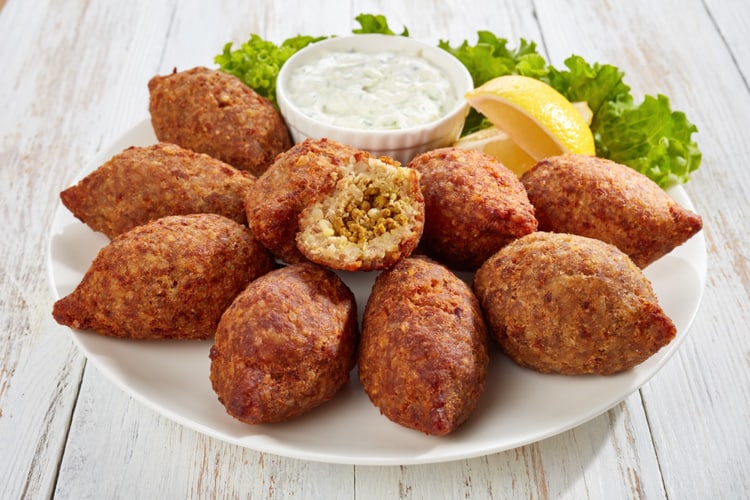 This is a Lebanese style pizza that’s popular to eat for breakfast, or as a snack any time of the day.

Manakish is made of bread topped with thyme, sesame seeds, sumac, and olive oil. It’s simply delicious, and a must to taste when you’re in Lebanon. 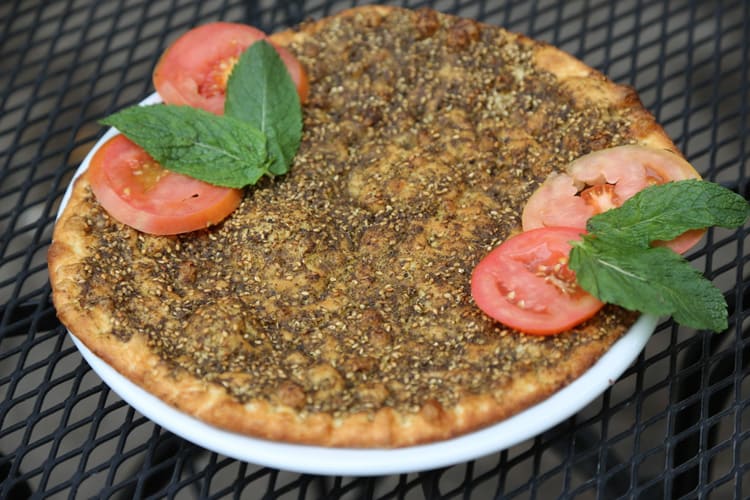 Adas bil Hamod is a Lebanese lentil and lemon soup. It’s both healthy and delicious with it’s fresh and flavorful ingredients.

It’s made from lentils, garlic, mint, lemon juice, and spinach. 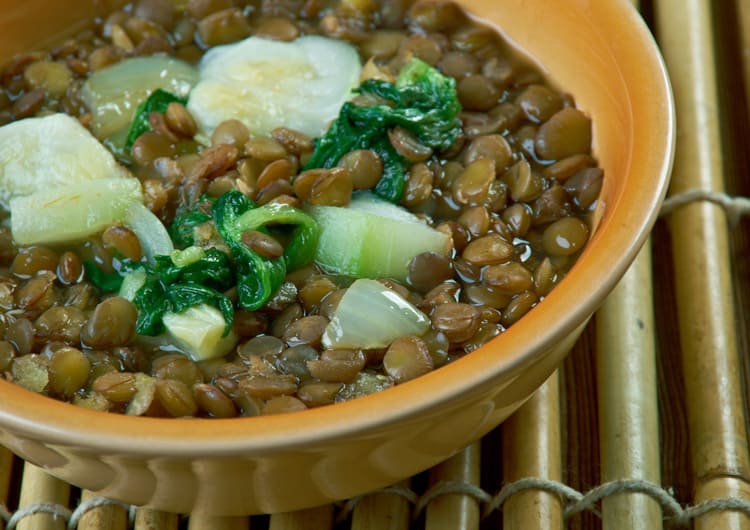 Fattoush is a classic dish to eat in Lebanon. It’s a delicious salad made from crispy lettuce, and different kinds of vegetables such as cucumber, tomatoes, radishes, and onions.

It’s served with fried crispy pita bread and a sour dressing made from sumak and lemon. 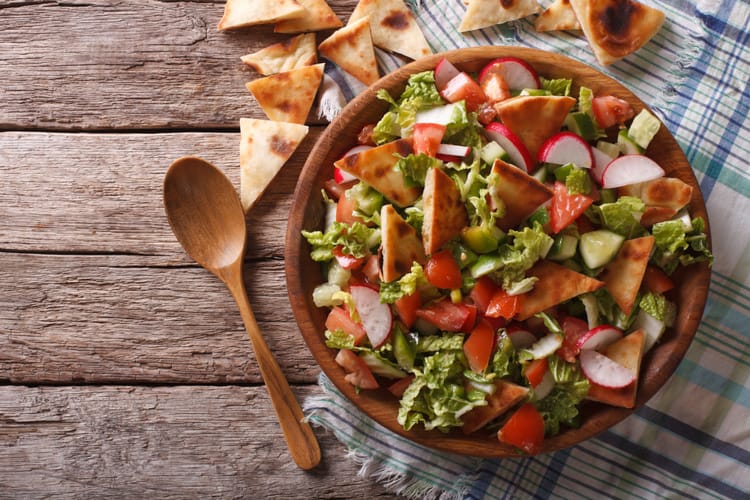 Baba Ghanouj is a dip made from roasted eggplants, tahini, garlic, parsley, cumin, lemon, vinegar, and salt and pepper.

It’s usually eaten with some pita bread as an appetizer or a side dish to a main course. It’s also a common dish to get this dish when ordering Lebanese meze. 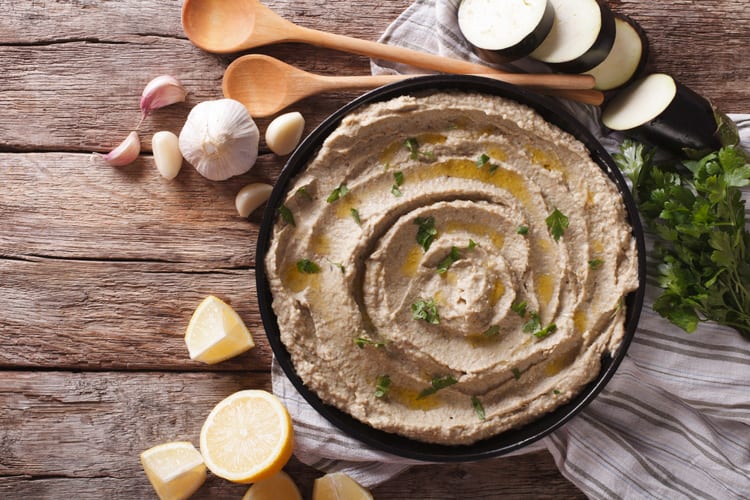 When it comes to Lebanese food, you have to taste Kafta.

Kafta is made of lamb, chicken, or beef, and filled with chopped onions, parsley, breadcrumbs, and different kinds of spices.

The meat mix is usually barbecued on skewers and served as they are, or together with some tabbouleh or pita bread with hummus. 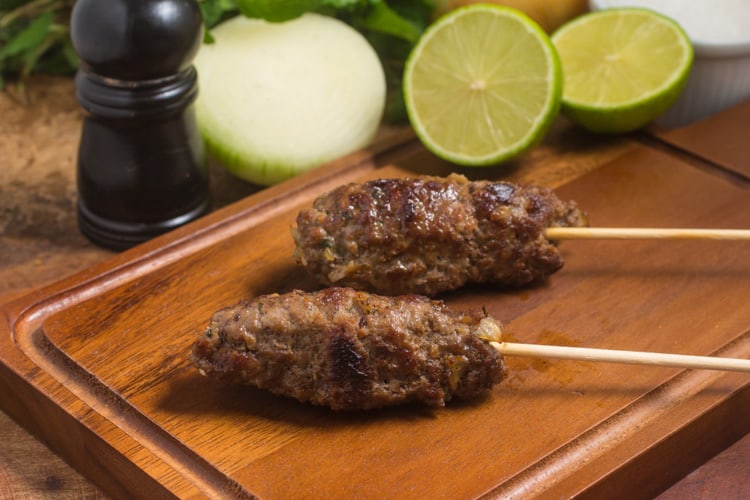 Sheikh Mahshi is not only a beautiful dish, but also a very delicious one. It’s made of eggplants stuffed with spiced meat (beef or lamb), cooked in a tomato sauce and served with vermicelli rice.

This dish is really good, so make sure to add it to your Lebanese food bucket list! 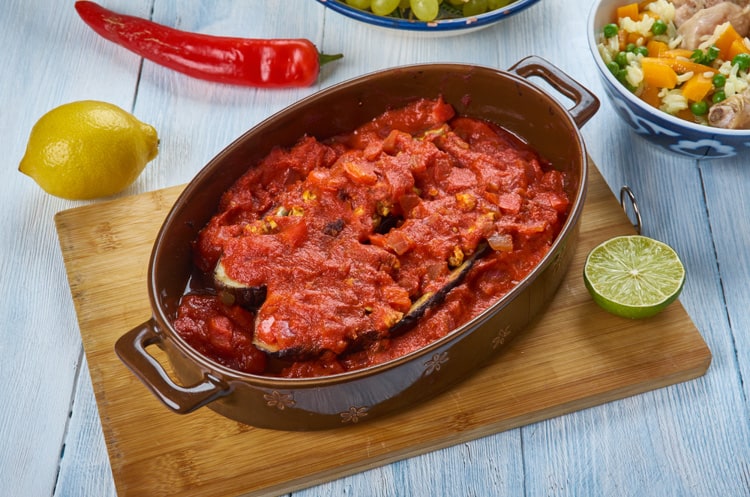 The Lebanese food ”Batata Harra” is made of potatoes, red peppers, cilantro, chili, and garlic. All ingredients are put together in a pan and fried in olive oil.

It’s a simple dish with lots of flavor. 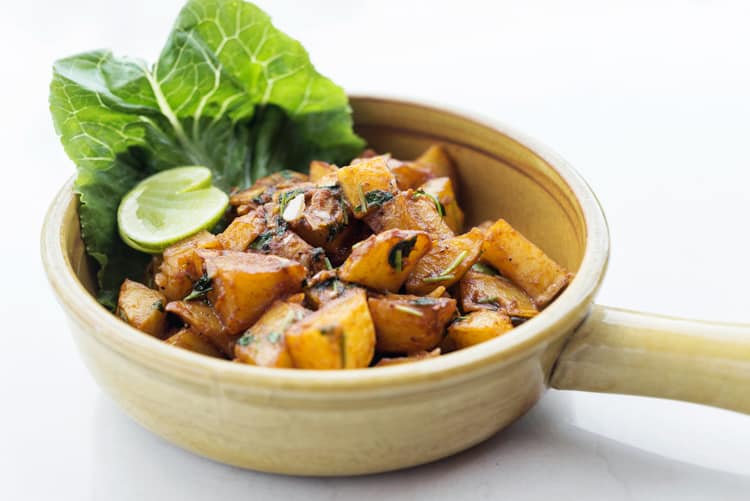 Shish Taouk is made of grilled chicken skewers marinated in olive oil, garlic, parsley, and sumac.

It’s a simple but delicious dish that’s loved by the tourists as much as the locals of Lebanon. 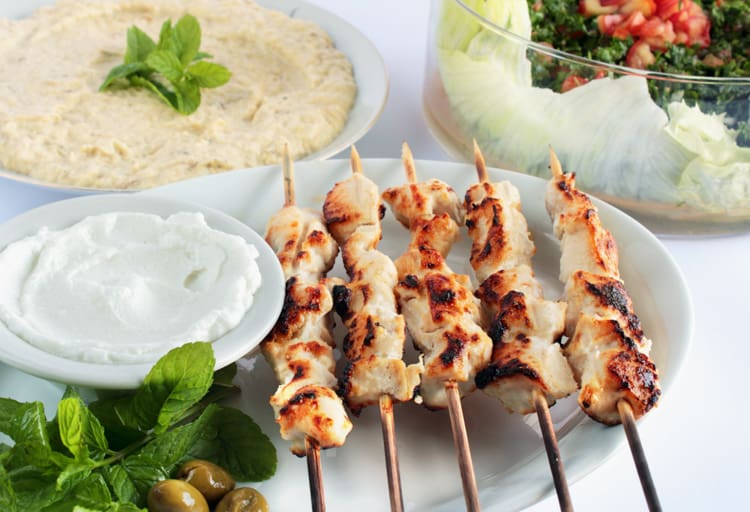 Hummus is a classic Lebanese dish that you have to taste. It’s made of boiled chickpeas, tahini butter, olive oil, and lemon juice.

It’s usually served with some pita bread for you to dip in the hummus bowl. 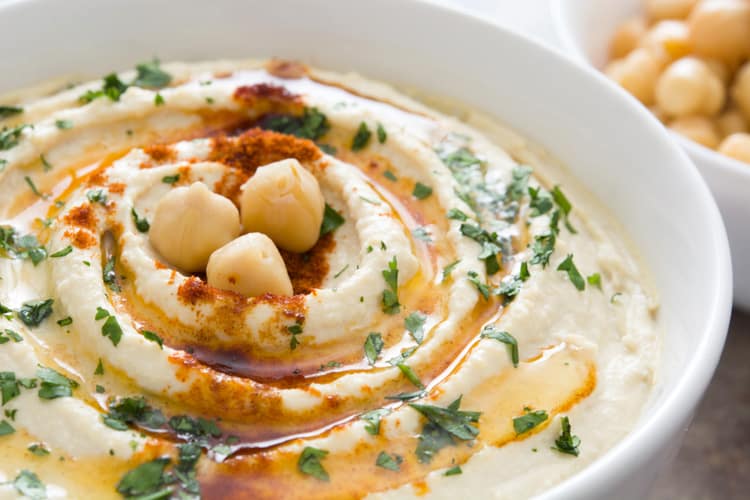 Chicken and lamb are the most common meats to eat, but goat is also popular, especially in the mountain regions.

What’s the national dish of Lebanon?

Kibbeh is the national dish of Lebanon. 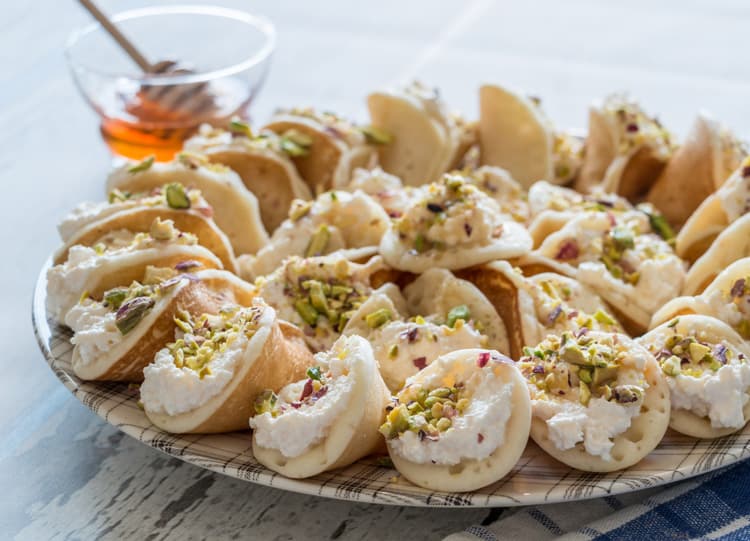 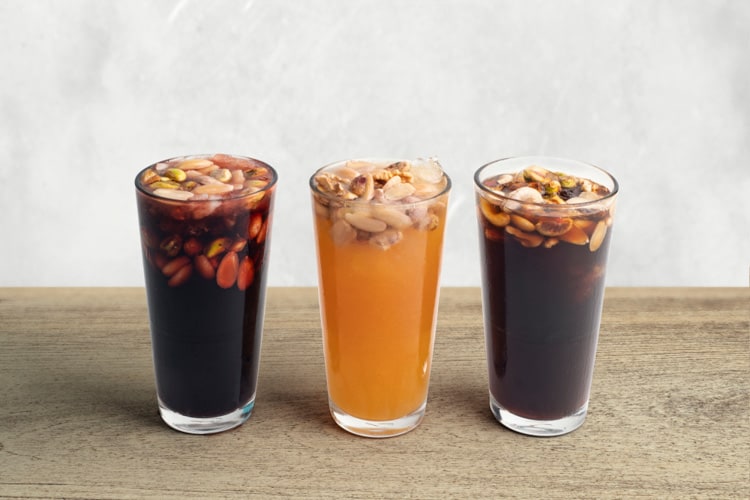 Do you have more questions about Lebanese food and cuisine? Leave a comment below!