11 Mexican Desserts and Cakes to Taste

Want to taste some Mexican desserts during your next trip to Mexico? When in Mexico, there’s not only Mexican food to taste, but also some delicious local desserts.

From cookies and sweet bread to classic churros and fluffy cakes – there are so much to experience in Mexico when it comes to sweets. Here are 11 Mexican desserts that you can taste for a local experience:

Tres leches cake is a sponge cake soaked in three kinds of milk; evaporated milk, condensed milk, and heavy cream. It’s a fluffy cake that’s full of deliciousness, perfect to pair with a cup of coffee.

The tres leches is one of the most popular Mexican desserts, so make sure to taste it while you’re in Mexico.

Chongos zamoranos originated from Zamora i Michoacán, and is made from curled milk, rennet tablets, sugar, and cinnamon.

It has a soft cheese consistency and is served in sweet brown milky syrup.

These oven baked coconut candies are one of the most popular Mexican sweets to eat. They’re made with eggs and shredded coconut and has a soft and chewy texture. After being baked in the oven and cooled down to room temperature, these are garnished with whole or chopped almonds.

Today, cocadas are sold in all different kinds of colors due to food coloring, but the traditional ones are golden brown like the picture below.

Churros is one of the most popular sweets in Mexico. It’s a fried-dough pastry sprinkled in sugar and dipped in champurrado, hot chocolate, dulce de leche, or café con leche.

You can find them all over Mexico, so make sure to taste it if you haven’t already.

Concha is a sweet bread roll with a crunchy topping (sugar, butter, and flour) that’s common to find at bakeries in Mexico. They’re typically eaten for breakfast together with a cup of coffee, or as an afternoon snack.

The bread of the dead, pan de muerto, is a sweet Mexican brioche bread that’s spiced with anise and orange.

There are several versions of buñuelos around the world. The Mexican version is deep fried dough covered in cane sugar or piloncillo syrup. Sometimes they’re round and sometimes they’re flat.

The Mexican Buñuelos are delicious and worth tasting. You can eat them together with the sugar or syrup, or plain.

Marranitos de Piloncillo, also known as the Mexican gingerbread pigs, are sweet bread flavored with molasses. It’s one of the most traditional recipes in Mexico.

There are two types of Marranitos de Piloncillo, the soft ones and the crunchy ones. Both of them are delicious and worth tasting while you’re in the country.

Palanqueta is a traditional Mexican dessert that’s sold in most stores and also at restaurants. They’re made with salty peanuts mixed with sweet and tangy caramel.

They’re really good, so make sure to try a piece when you’re in Mexico! 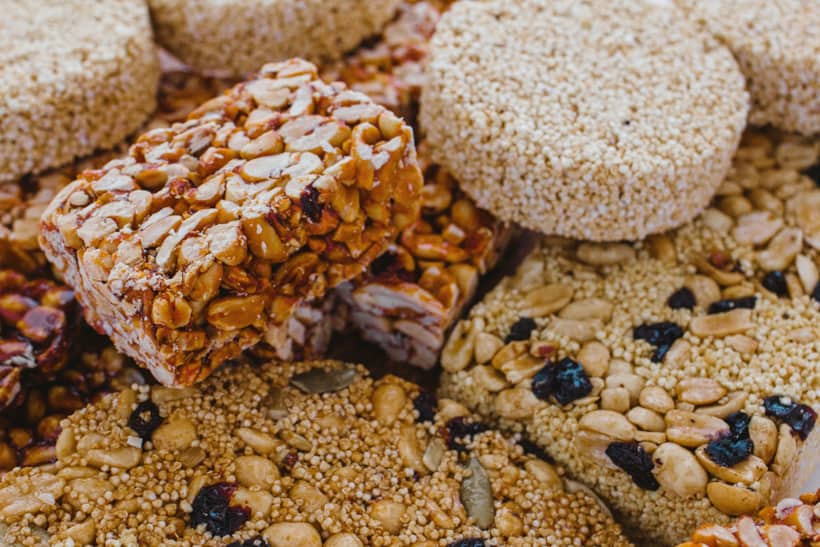 Coyotas are big flat cookies looking like empanadas. They’re traditionally filled with brown sugar and comes in flavors such as caramel, chocolate, pineapple, and guava, etc.

These cookies can be found in most Mexican supermarkets. 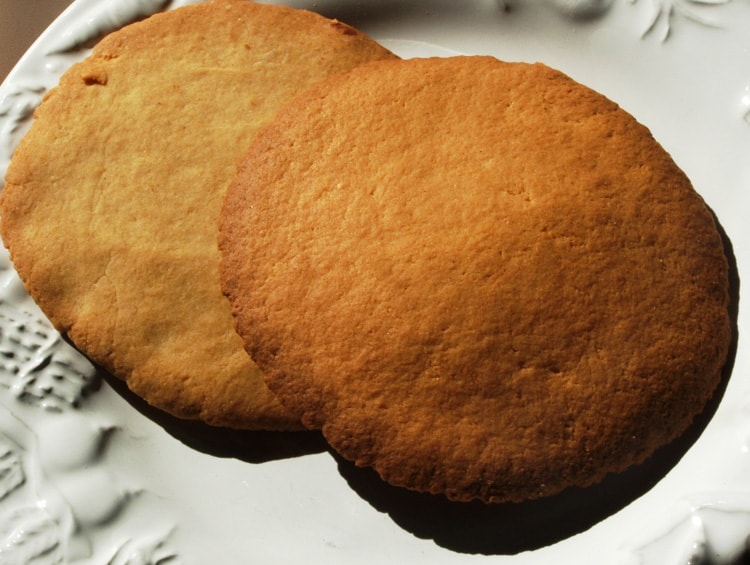 Back in the days, before the spaniards traveled to Mexico, the Mexican desserts was made from simple and local ingredients only. They used ingredients such as milk, honey, coconut, nuts, chocolate, and fruits in their recipes.

After the influence of the spaniards, the locals learned how to make more creative foods and desserts. One of the most important things was that the people from Spain brought over oil, which is today one common ingredient in Mexican food, including desserts.

Other Mexican desserts to taste:

Which is your favorite Mexican dessert? Leave a comment below!