Do you want to know more about the traditional Peruvian drinks? Peru is one of the leading culinary countries in the world. They’re famous for both their food and drinks.

In Peru you can taste everything from local sodas and beers to delicious cocktails and herbal tea.

Down below you can read more about the local Peruvian drinks:

In most other countries around the world both Coca Cola and Pepsi are popular soft drinks. In Peru the local soft drink Inca Kola is the top seller.

This drink dates back to 1910 when it was invented in Lima. It’s a sweet drink with a bright yellow color and have little a taste of bubble gum.

When you’re in Peru it’s a must to taste this local drink! 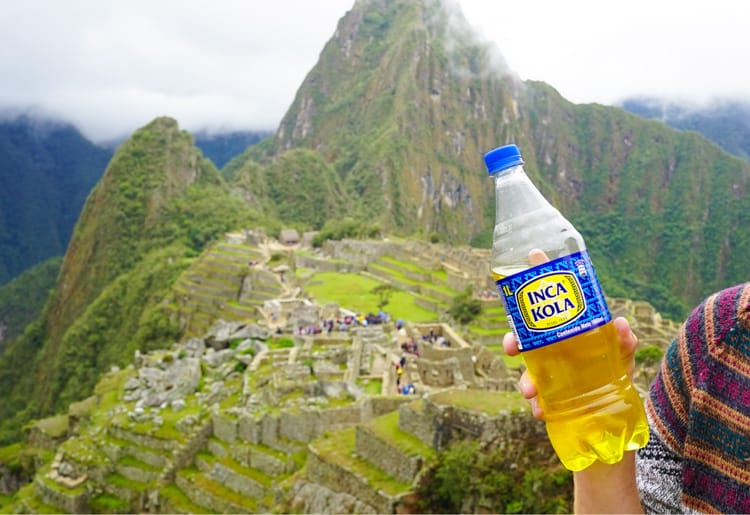 Pisco Sour is the national drink of Peru and was invented in Lima year 1920. It’s so popular that it even has its own national holiday in Peru known as ”National Pisco Sour Day”.

Pisco Sour is a strong, flavorful, and refreshing drink – so make sure to taste it if you enjoy sipping on cocktails! 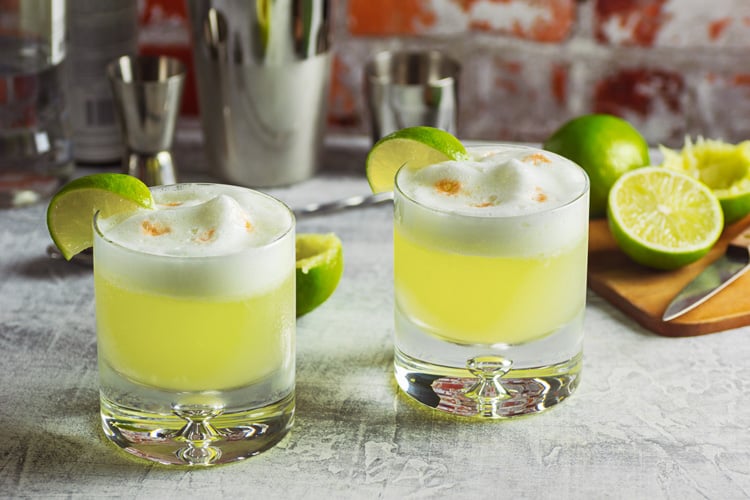 Beer is one of the most popular things to drink among the locals in Peru. There are three local beer brands in the country; Pilsen Callao, Cristal, and Cusqueña.

Cusqueña is one of the most popular beers in Peru and comes in several variations. Cusqueña sell both golden lager, wheat beer, dark lager, and red lager etc.

Chilcano is a cocktail based on Pisco which is a local grape brandy that they mix with lime juice, ginger ale, Angostura bitters, and ice.

Variations of this drink can be found with exotic fruit juices such as passion fruit or lucuma.

This is a popular drink throughout the country and can be found a at most bars and restaurants that serve cocktails. 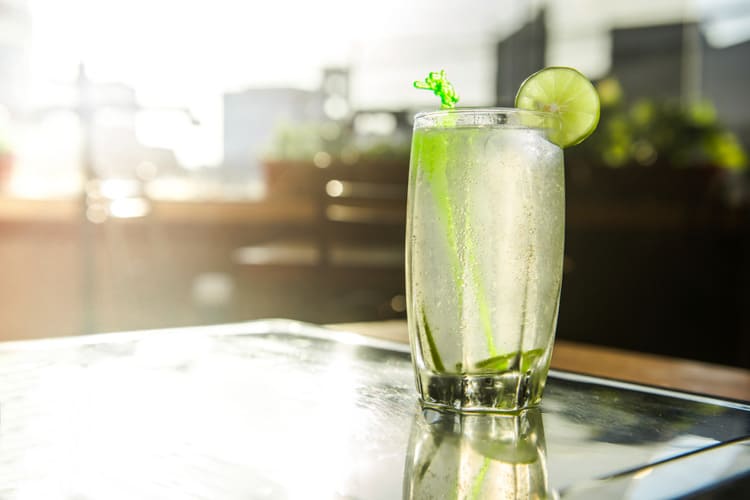 In the Andes region of Peru they drink coca tea. It’s a herbal tea made from the coca plant and is great to treat altitude sickness. It’s a hot drink with a taste similar to green tea.

The leaves from the coca plant have been used by the locals for thousands of years for its medicinal properties.

NOTE: A cup of coca tea can cause positive results on a drug test for cocaine. This tea is legal in Columbia, Peru, Bolivia, Argentina, Chile, and Ecuador, but is illegal in many other countries around the world. 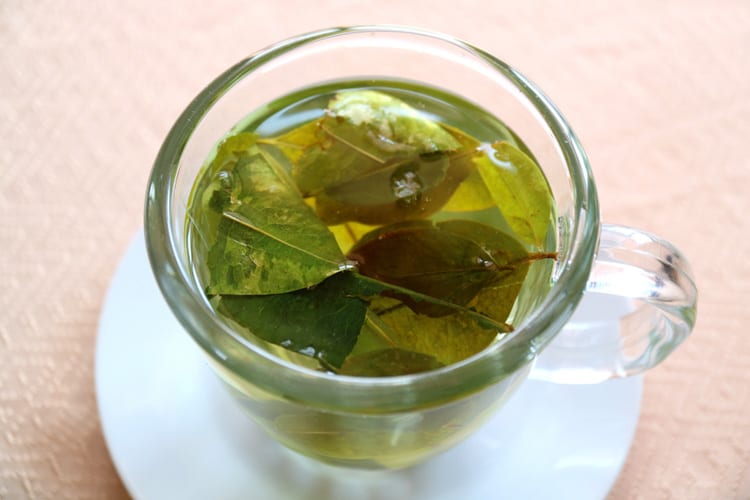 Pilsen Callao is a lager beer that’s popular throughout the country. It has a golden color and aroma of grain and grass. 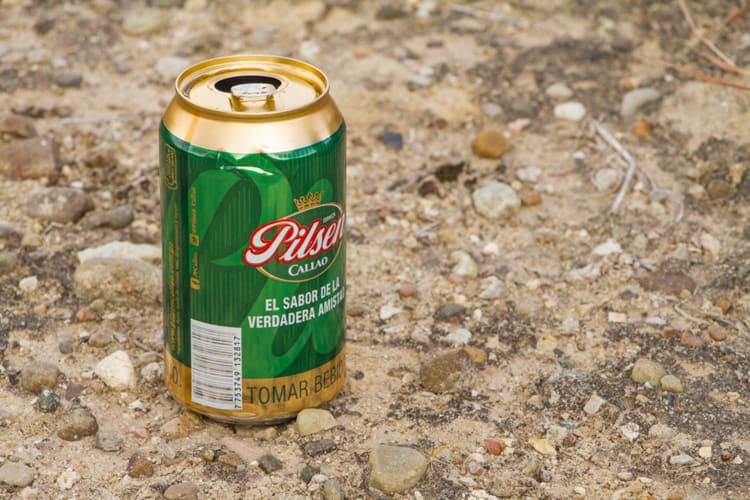 Another traditional Peruvian drink is Chicha Morada. It’s a drink made from purple corn that they boil together with pineapple, cinnamon, cloves and sugar.

Maiz Morada is a type of corn native to Peru and has been used by the locals for a long time. This corn is high in anthocyanins which is supposed to be healthy for you. It’s said to reduce risk of heart disease and lower your blood pressure.

It’s one of the non-alcoholic Peruvian drinks that’s a must to taste while you’re in the country! 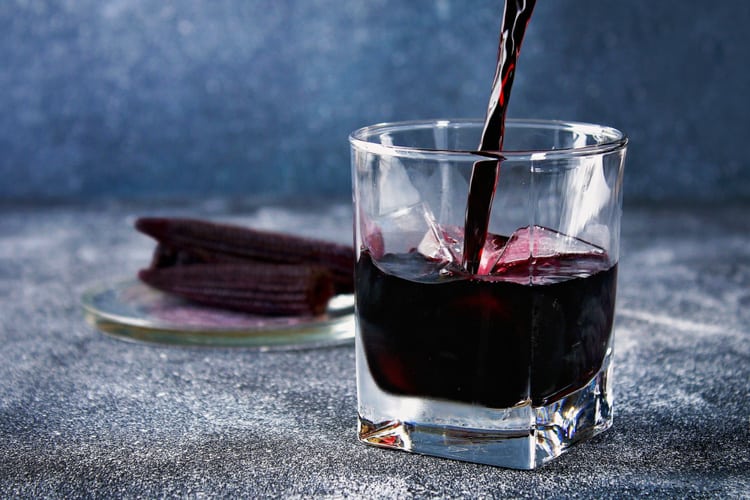 This is one of the most traditional Peruvian drinks from the Andes region. It been around for a long time and date back to the Inca Empire.

It’s a type of beer that’s made from Jora corn which is a yellow corn that grows in the Andes.

It usually comes in a big glass with a thick foam on top. It have a strong sour taste and is an interesting drink from Peru.

When drinking this beer it’s a tradition to spill the first sip of the beverage on the ground and say “Pachamama, santa tierra”, as an offering to Mother Earth. 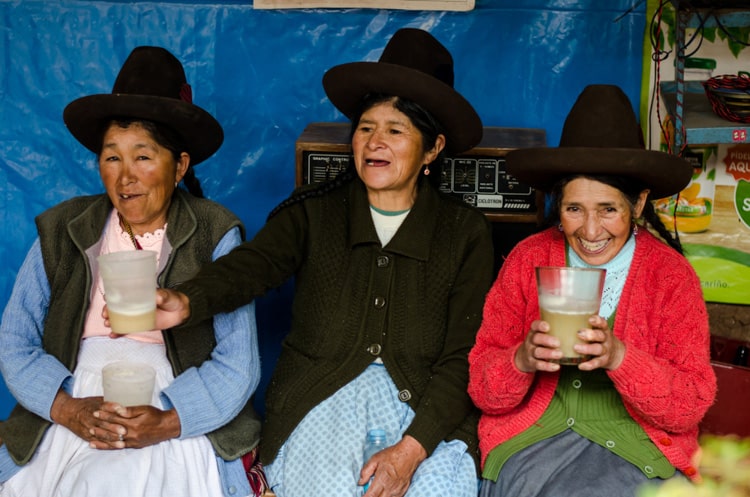 Lucuma is a local fruit that looks like an avocado but is orange on the inside instead of green. It’s a sweet fruit that’s high in beta-carotene, iron, fiber, zinc, calcium and protein.

It’s also full of antioxidants which is great for your heart, immune system, and skin.

It comes in many forms, but one of the most popular is the Lucuma juice. It’s simply delicious and a must to taste when you’re in Peru. 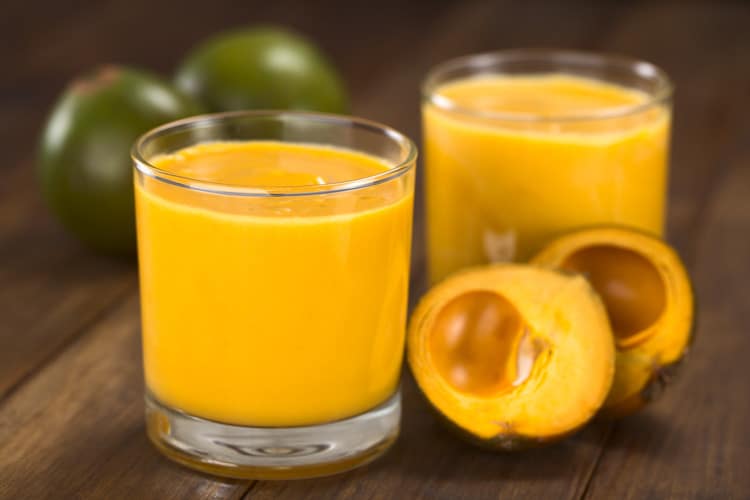 Peru is a country that cultivates more than 3.2 billion 60 kg bags of coffee every year. They’re the second highest exporter of fair trade coffee in the world after Mexico.

The coffee in Peru is simply delicious, so make sure to taste it when you’re in the country.

PS: A bag of local coffee also makes a great Peruvian souvenir for someone who loves coffee! 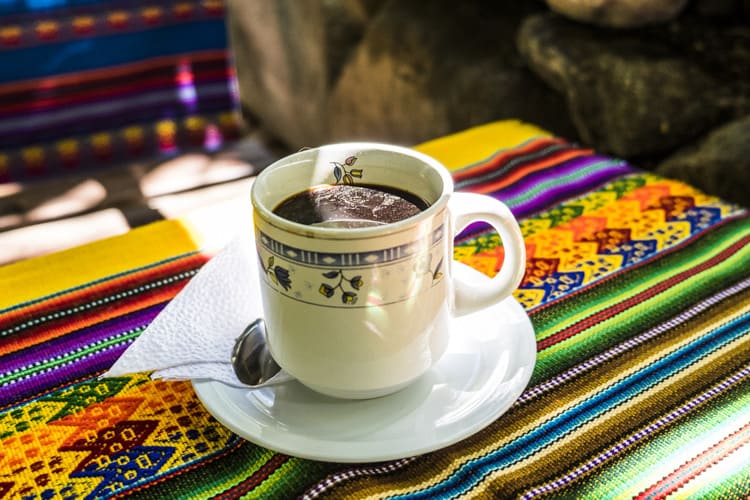 Emoliente is one of the most unique Peruvian drinks. It’s a herbal tea that’s sold by street vendors – especially during the cold days during winter.

Some people like this drink, and some do not. So you just have to taste and see for yourself wether you like it or not. 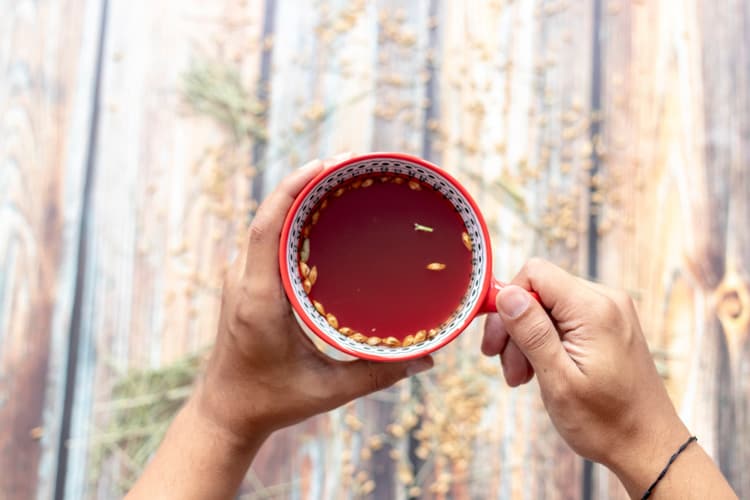 Peru is a country with both alcoholic and non-alcoholic drinks. Pisco is a grape brandy that comes from Peru and originated during the colonial period as a cheaper substitute to the Spanish liquor called Orujo.

From this liquor several other delicious drinks are made such as Pisco Sour and Chicano.

However, other regional beers are also available in some regions of Peru such as Arequipeña and Pilsen Trujillo. Also worth tasting if you find them in the supermarkets, bars, or restaurants.

A common beer-drinking-ritual among the Peruvian men involves a group sharing one glass of beer. The party holding the beer bottle waits for the prior person to drink from the glass before receiving the glass, filling it and passing the bottle on to the next in line.

It used to be a thing to do among men of lower class, but is today a fun ritual among people of both high- and low class, young people, as well as women.

What’s the national drink of Peru?

Pisco Sour is the national drink of Peru. It’s a cocktail that was invented in 1920 in Lima.

Do you have more questions about Peruvian drinks? Leave a comment below!