My Favorite Photos from Skyros

Skyros, a Greek island that I had no idea existed about one month ago. I’m so happy that I got introduced to this island because today it’s one of my favorite islands in Greece. It’s such an amazing island with beautiful nature, turquoise waters, friendly people and cozy villages.

Skyros is today a relatively unexplored island by foreigners. And why is that you might wonder? I can’t answer that question because it truly is a beautiful and unique island. I have many great things to say about Skyros, but to make it simple I will describe it with three words; authentic, friendly and beautiful.

It’s been around one week since my Skyros adventures ended, and I’m already longing so much to go back. If you have never heard about Skyros before, or simply need some inspiration to book your flight tickets – then make sure to check out my favorite photos from Skyros, and I’m sure that you’ll be convinced to go! 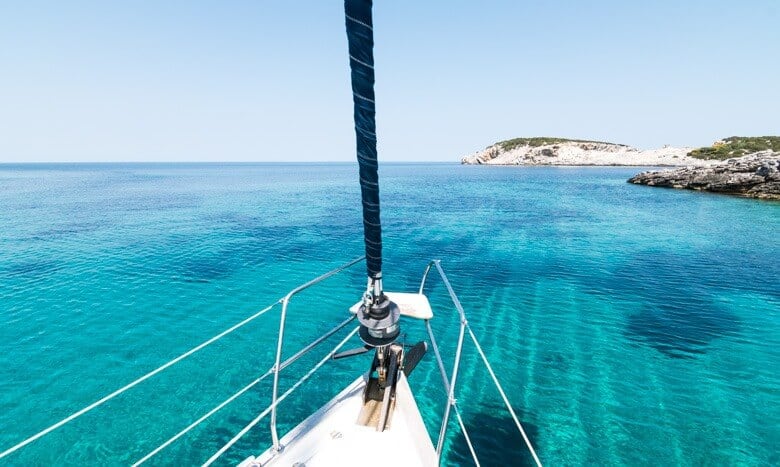 One of the best activities to do around the island is sailing. We sailed around the northern part of the island together with Feel in Greece, and I must say that we had such a great time. So, special thanks to Chrysanthi Zygogianni, the owner of Feel in Greece travel agency for a magical day!

We got to see some beautiful beaches that are only reachable by boat, a shipwreck, and we also got the chance to do some snorkeling. The waters around Skyros are crystal clear, and makes me still long to go back to jump into the water! 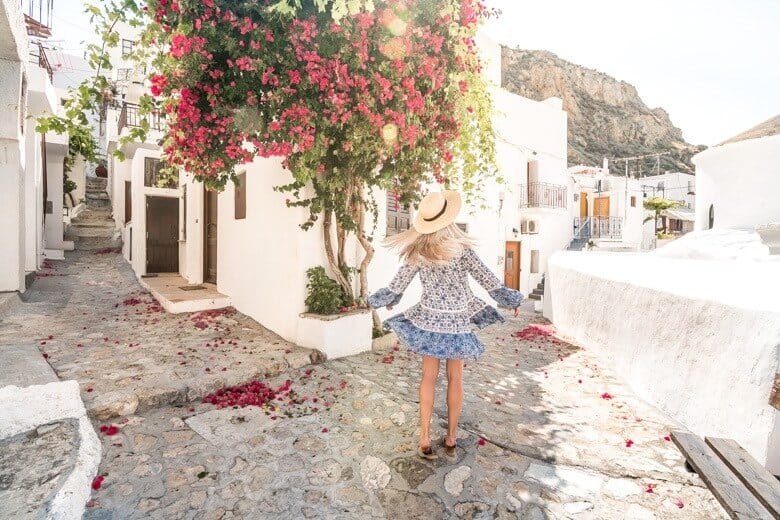 Skyros Town is a unique and authentic town in Greece. It’s not touristy, which I think is great and unique among the Greek islands. Around town, you can find some small shops selling food/drinks, clothing, and souvenirs – but not so much of the tourist stuff, which I love!

Strolling around in Skyros town is like a fairy-tale. Narrow cobbled streets with Bougainvillea, small churches, and local homes. It’s such a cozy town! 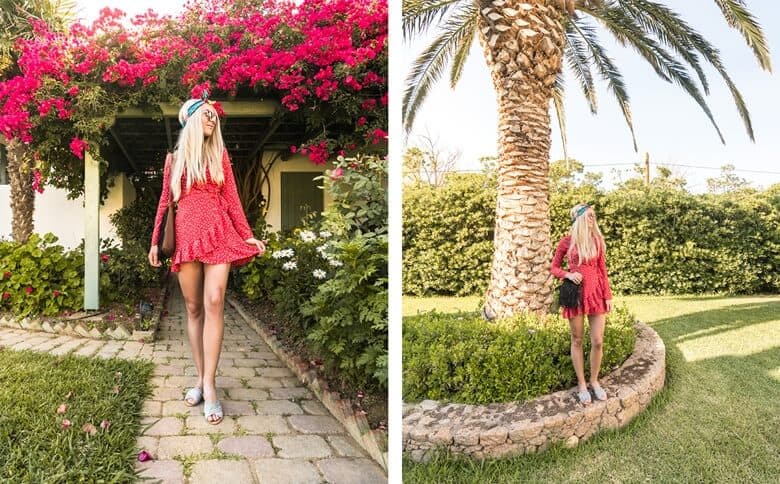 Two photos of me from Dioni Hotel that we stayed at during our stay in Skyros. I love their lush garden with Bougainvillea, palm trees and other kinds of plants and flowers. Hotel Dioni produces the most of what they serve in their snack bar and also at their breakfast buffée, which I think is a great touch. I love to know what I eat, and where the food comes from.

Alex and I got the chance to have a look at their garden where they grow veggies and fruit (without chemicals), and we got to taste figs, tomatoes, apricots and fried zucchini flowers made by grandma and grandpa of the family! 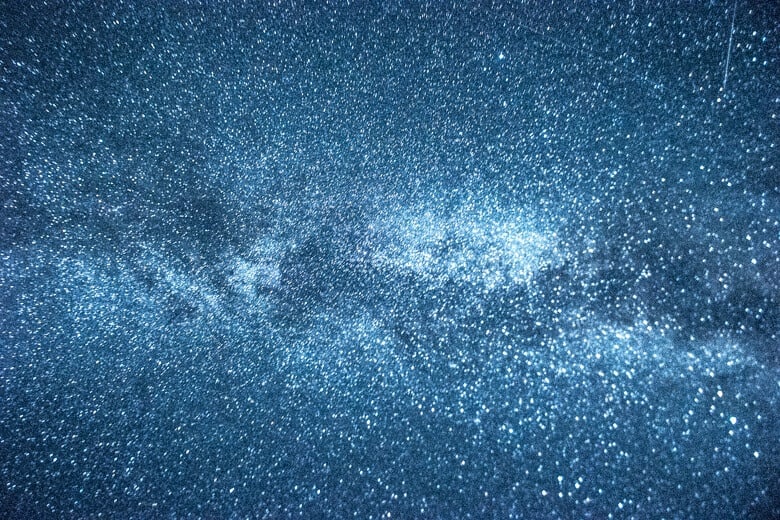 One of the best things about Skyros is that you can see the Milkey Way almost every night. Since there aren’t many people living on Skyros, there aren’t many lights on the island. Skyros is a zero light pollution zone, which means that you get great opportunities to see the stars at night. 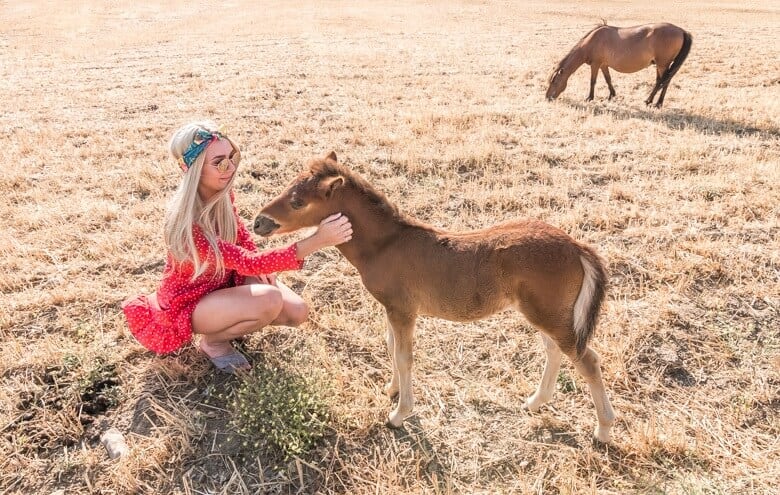 In the photo above you can see the famous Skyrian horse. This horse breed is unique in the world and lives only on the island of Skyros in Greece. The animals are small as ponies but look just like a “normal” horse. It’s a natural breed and can be found in loving farms and also in the wild.

They are super friendly and reminds me of dogs. The baby horses walked up to me all the time and almost tried to sit in my lap haha. 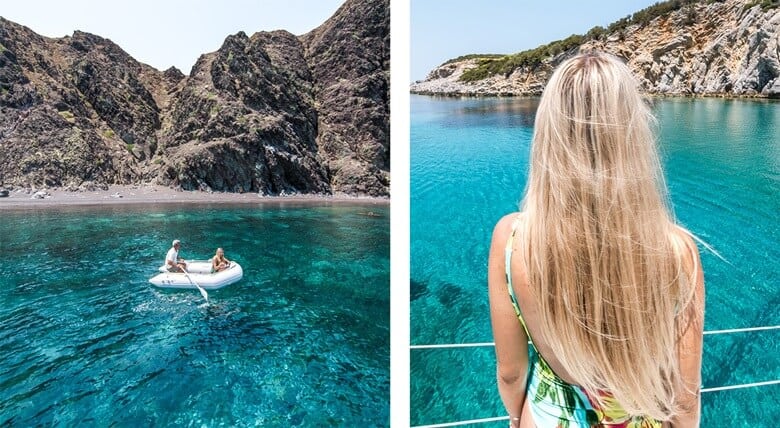 More photos from our sailing trip. The water is amazing with a perfect temperature for a swim! 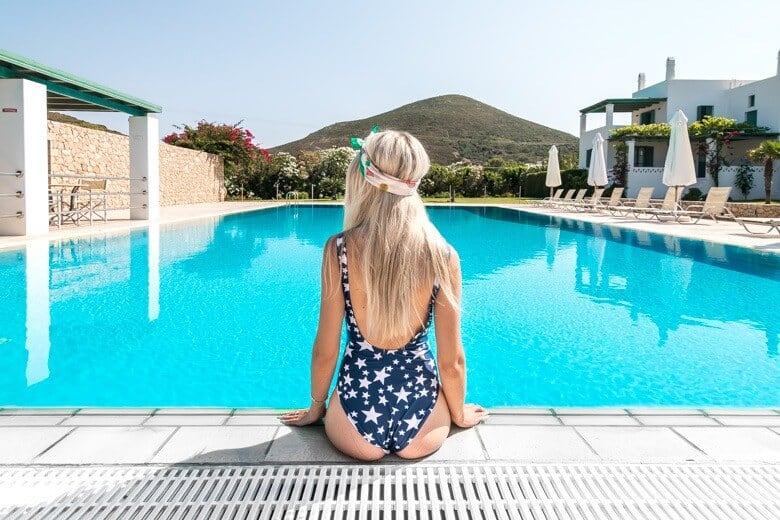 When you’ve been away all day, either on a day-trip or in Skyros Town, it’s always nice to relax by the hotel pool for a while. I especially love the pool at Hotel Dioni, since they have salt water instead of chlorinated water like a standard pool. 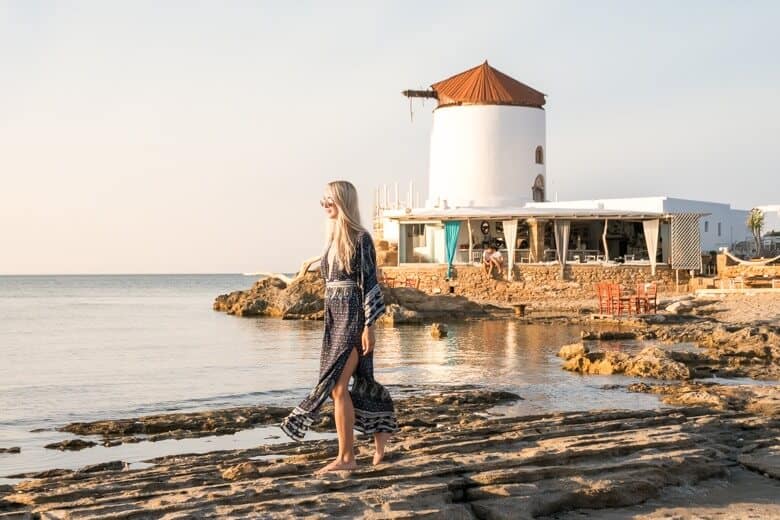 Romantic sunset strolls or dinner’s along the waterfront is always a good idea. Behind me is an old windmill, that today is used as a restaurant. 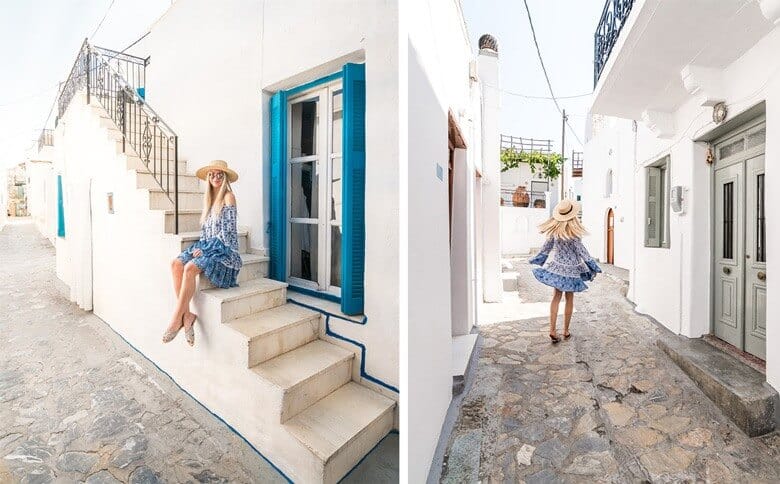 Skyros Town… I don’t think I have to say much more about it… It’s so beautiful! 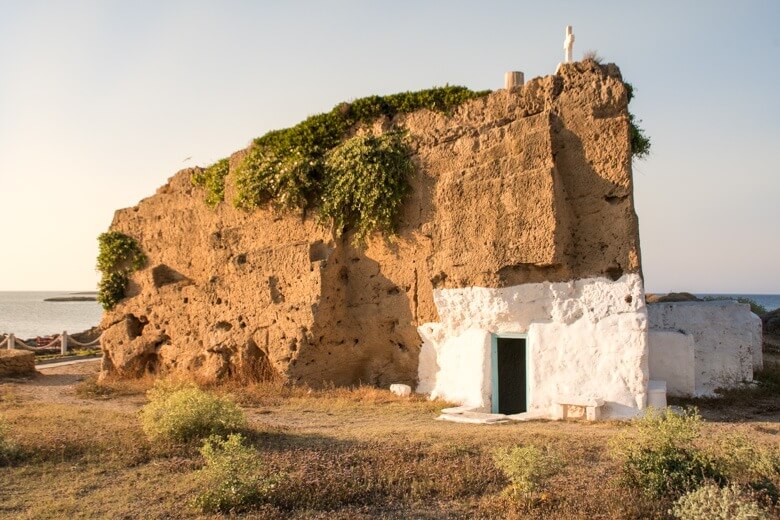 This is the Chapel of Agios Nikolaos, a famous chapel on the island that is built inside a rock. Behind this chapel, you’ll find the windmill that you saw a couple of photos up.

Have you been to Skyros? What did you think? :)