Want to know more about Portuguese food and cuisine? Portugal is a country known for its port wine, football team, and beautiful landscapes, but how about the food?

Açorda is a soup made from garlic, olive oil, bread, and fresh herbs such as pennyroyal or coriander.

The soup Açorda originates from the Alentejo region in Portugal. It’s typically served with a boiled or poached egg, but can be served with some fresh fish as well.

If you’re one of those people who love a good meat stew, then you must taste the dish Cozido à Portuguesa.

It’s a local dish made from boiled beef, pork, chicken, pork sausages, and vegetables such as potatoes, carrots, turnips, and beans.

Sardinhas Assadas is a classic dish of charcoal grilled sardines. It’s a dish that’s popular during summer festivals and celebrations in Portugal.

It’s a simple dish, but it’s packed with lots of flavor. A must to try if you like eating fish! 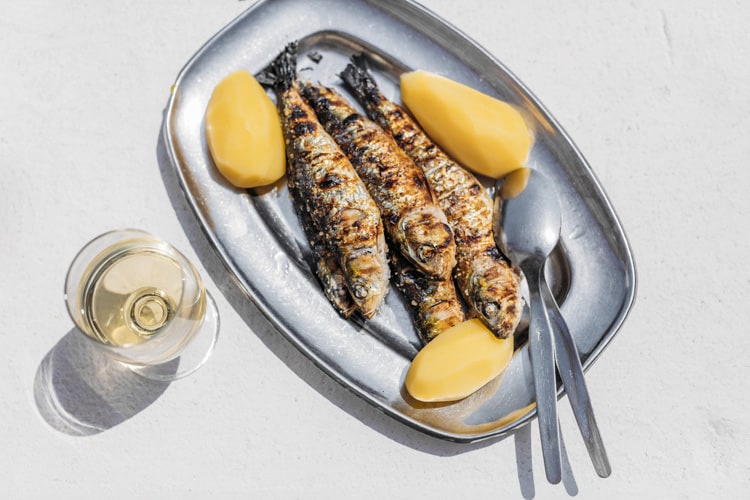 Francesinha translates into ”little French girl” in English. It was invented by Daniel David Silva who lived in France for a while and got inspired by the French dish croque-monsieur.

The local dish Francesinha is very similar to croque-monsieur, but it contains more layers of cheese and meat, covered in a light spicy sauce, and served with French fries.

This is a classic dish to eat in Portugal, especially in Porto where Daniel David Silva was born. 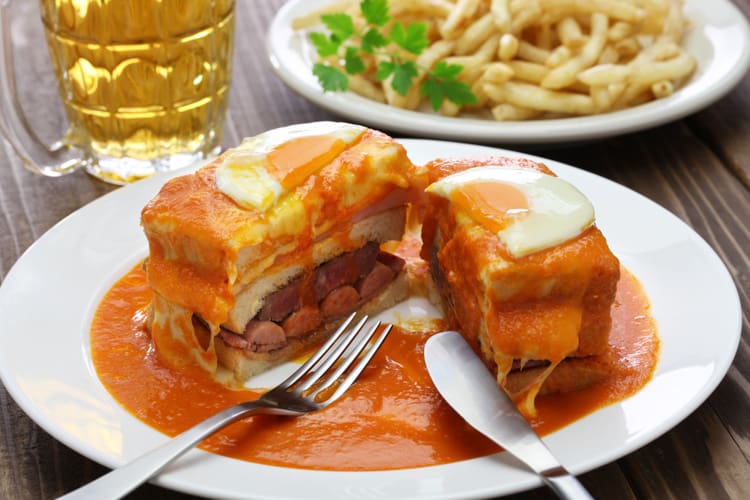 Alheira is a classic and historic dish in Portugal.

This sausage was invented by the jews in 1497 when they were given a choice to either convert into Christianity or being expelled from the country.

Many jews decided to do neither. They pretended to convert to Christianity to stay in Portugal, but practiced their faith in secret. To look less suspicious they created this sausage called Alheira, to look like pork sausage, so the Portuguese people would believe that they had converted.

Today you’ll find lots of variations of this sausage. It can be made from meats such as pork, veal, duck, chicken, quail, or rabbit, and is commonly seasoned with garlic. Some are also made from bacalhau or vegetables.

The most common dish with this sausage is Alheira de Mirandela. The sausage is deep-fried and served with French fries, a salad, and a fried egg. 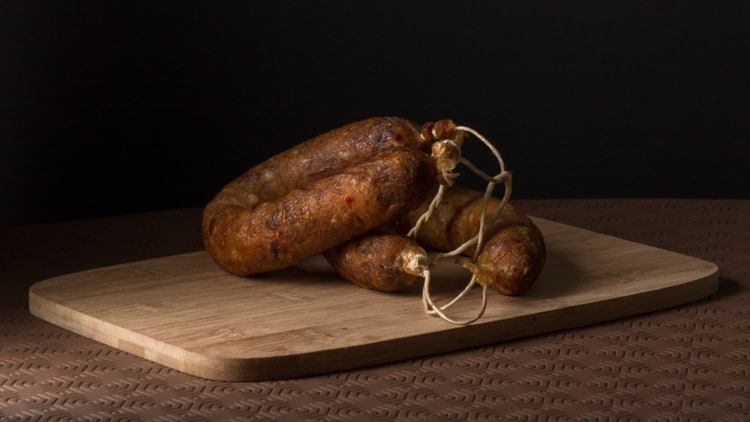 The fish bacalhau is prepared in numerous ways in Portugal. The bras style bacalhau is on of the most popular, and is very delicious.

It’s made of shredded cod sautéed with onions and and potatoes. Then cooked with beaten eggs and topped with parsly and black olives.

It’s truly a delicious dish, so make sure to try it if you see it on a menu in Portugal! 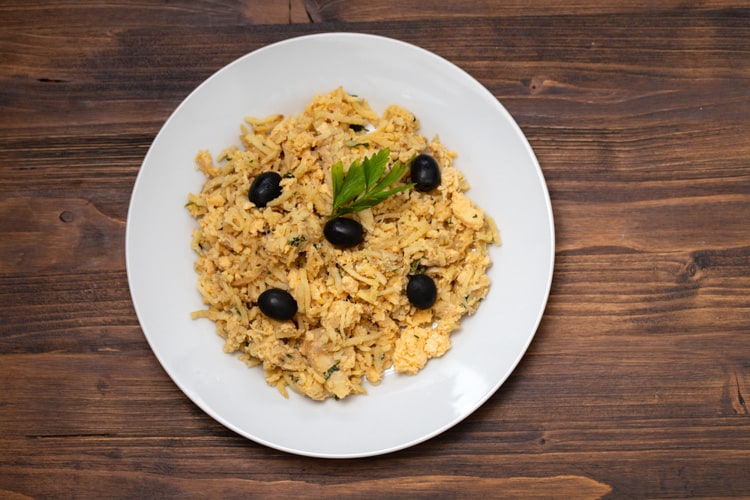 Feijoada is another popular Portuguese stew. It’s made from pork, beef, and beans.

This dish is eaten in many other countries around the world. In Brazil this dish is considered to be one of their national dishes, even though it originates from Portugal. 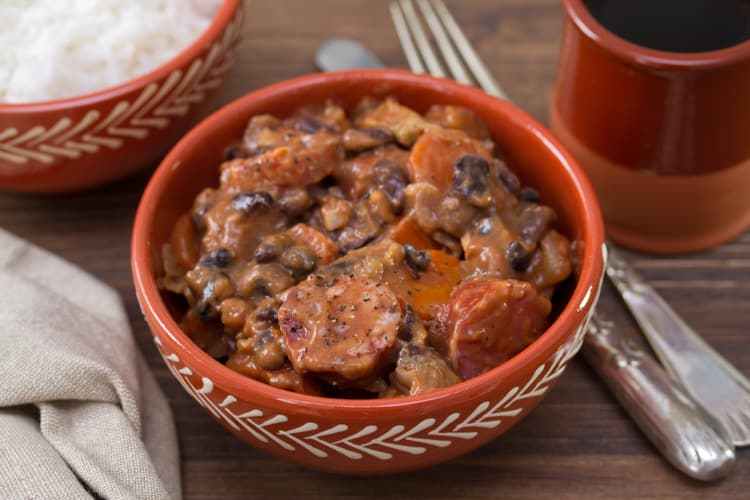 Porco preto is a pig breed from Portugal and Spain. In Portugal this breed is most commonly found in the region of Alentejo, why this dish often is called Porco preto Alentejano.

The meat is used for various roasted and grilled pork and dishes, as well for making the cured ham presunto. 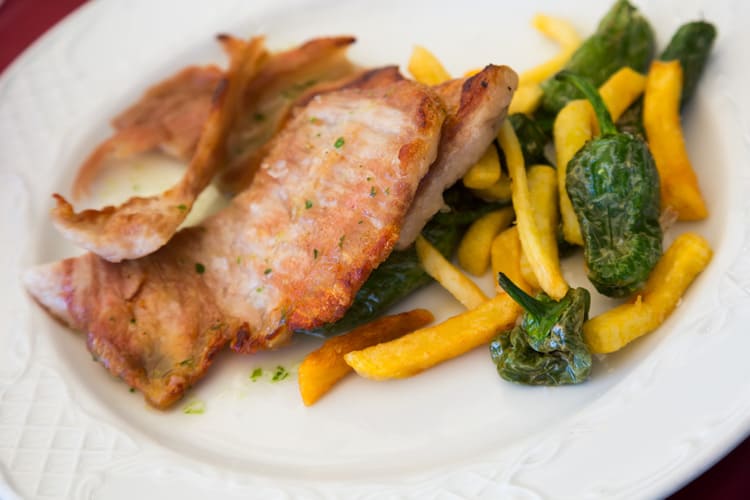 Caldo verde is a Portuguese soup made of potatoes, onions, olive oil, chorizo, and couve galega – a type of kale that’s grown all year round in Portugal.

The soup originated from the northwestern part of the country, where it was a staple food for farmers and workers. Today it’s an important dish of the Portuguese cuisine.

It’s simply delicious and a must to try when you’re in Portugal. 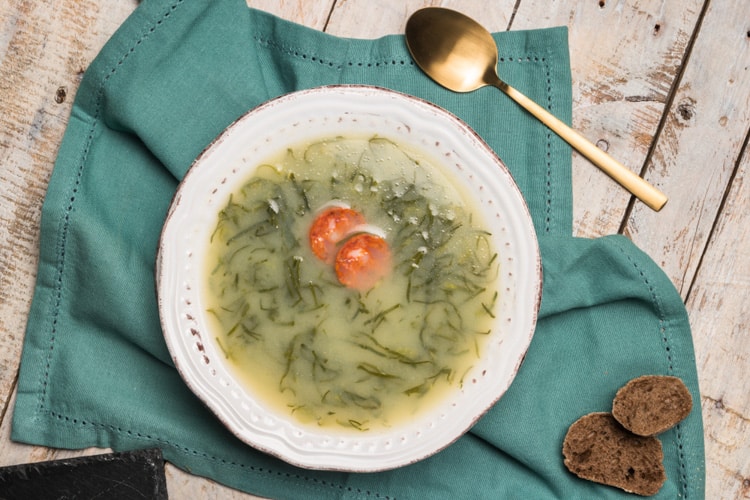 Another dish that’s worth tasting is Polvo à lagareiro, a traditional Portuguese dish made from octopus.

The octopus is first boiled, and then cooked in the oven with potatoes. It’s served with olive oil and chopped parsley.

If you like fish and seafood, then you must add this dish to your Portuguese food bucket list!

When it comes to Portuguese food, you simply have to try Arroz de Marisco. It’s a seafood dish made of rice and various seafood such as shrimps, clams, lobster, and monkfish, etc.

It’s a local favorite, so make sure to try it if you see it on the menu! 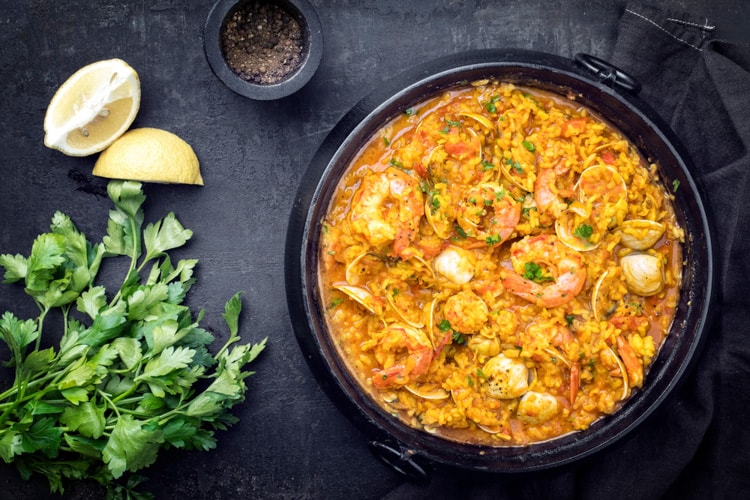 I simply cannot end this list of Portuguese food without mentioning Cataplana.

Cataplana is a type of stew that’s named after the clam-shaped copper dish it’s cooked in. The food is cooked in the bottom of the cataplana, and the top part is folded over to lock in the steam and juices.

I can recommend trying the Cataplana de marisco with seafood. It’s really yummy! 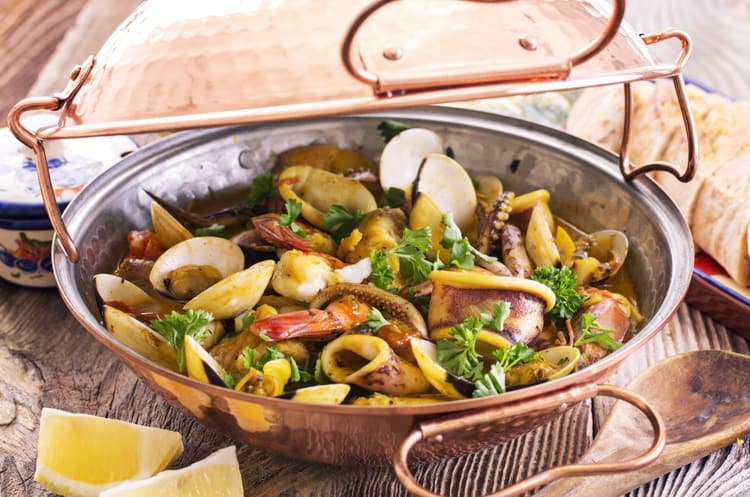 Bay leaves, garlic, wine, olive oil, and paprika are common ingredients in Portuguese food. Spices and herbs such as parsley, coriander, piri piri, saffron, and black pepper is also common to use in Portuguese dishes.

Pork is a popular meat in Portugal, as well as the fish bacalhau (cod).

When it comes to Portuguese desserts, eggs is a common ingredient. Flan, puddings, custards, and the famous pastry ”pasteis de nata” all include this ingredient.

What’s the national food of Portugal?

There are no specific national dish of Portugal. If you ask this question to the locals you’re going to get several different answers. If there would be a national dish in Portugal, it would be a dish with bacalhau, also known as cod fish. It’s served all across Portugal and is a favorite among the locals.

What is a traditional meal in Portugal?

Depending on region, you’ll find different kind of traditional dishes. However, dishes with cod fish ”bacalhau” is a staple in the Portuguese cuisine all around the country. 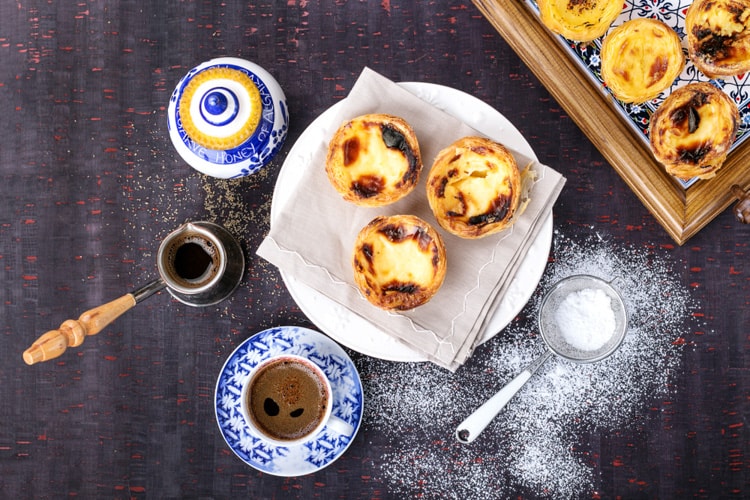 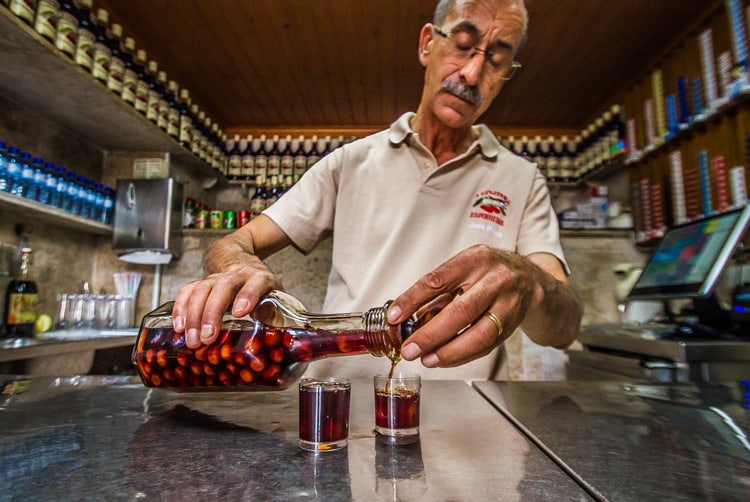 Traditionally, the locals eat several meat dishes during Christmas Eve. Bacalhau is a popular fish dish to eat all over Portugal, but some regions like to eat Polvo (octopus), or other fish dishes as well. 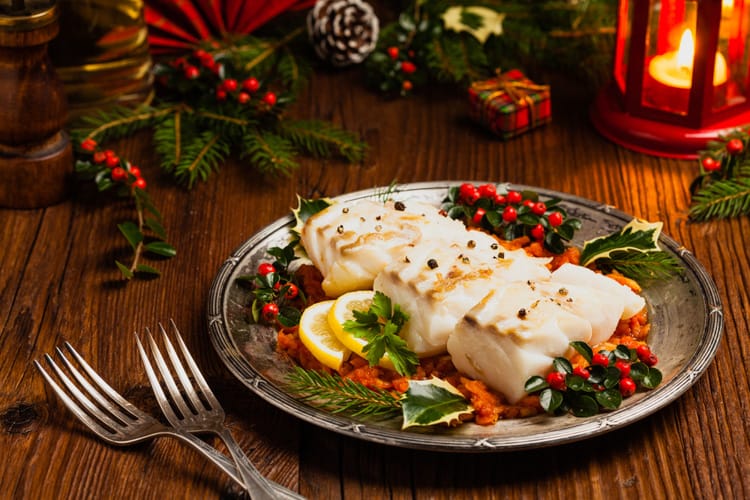 Do you have more questions about Portuguese food and cuisine? Leave a comment below!