When traveling the world there is actually one thing that always makes me angry and sad – irresponsible travelers.

Since Alex and I have been on the road for the last couple of years, we’ve been through many different situations and seen many horrible things. Through all those experiences our passion for responsible travel have grown stronger since we both want to help the world become a better place.

From the way some travelers interact with local people to the way they behave, things they support, and where they spend their money – there are many things that we need to learn and know about when it comes to traveling.

Our planet is a beautiful place and we should, of course, experience and enjoy it while we can, but we also have to take in important information before traveling.

Down below you can read about 6 key subjects that you need to know more about to be an educated and responsible traveler:

Animal cruelty around the world

Almost every country that we’ve visited we’ve seen some kind of animals cruelty.

Colored pigeons for photos in Croatia, bear cubs in chains on the beach in Albania, elephant riding in Asia, and much much more. There are so many different types of animals cruelty that tourists support while traveling, and that makes me really sad.

These activities that involve animals do more harm than good – so I hope that you’re really thinking about what you’re supporting when going on those kinds activities.

In many countries around the world, wildlife tourism is a big business, which means that they care more about the profit than the well-being of the animals.

Some of the many popular activities that are bad are:

I could write a long list, but I think you get my point. There are so many cruel activities that involve animals – animals that have to suffer on the tourist’s behalf, and that’s not fair.

If you want to see animals, go see them in the wild instead. I promise you’ll get a much greater experience. 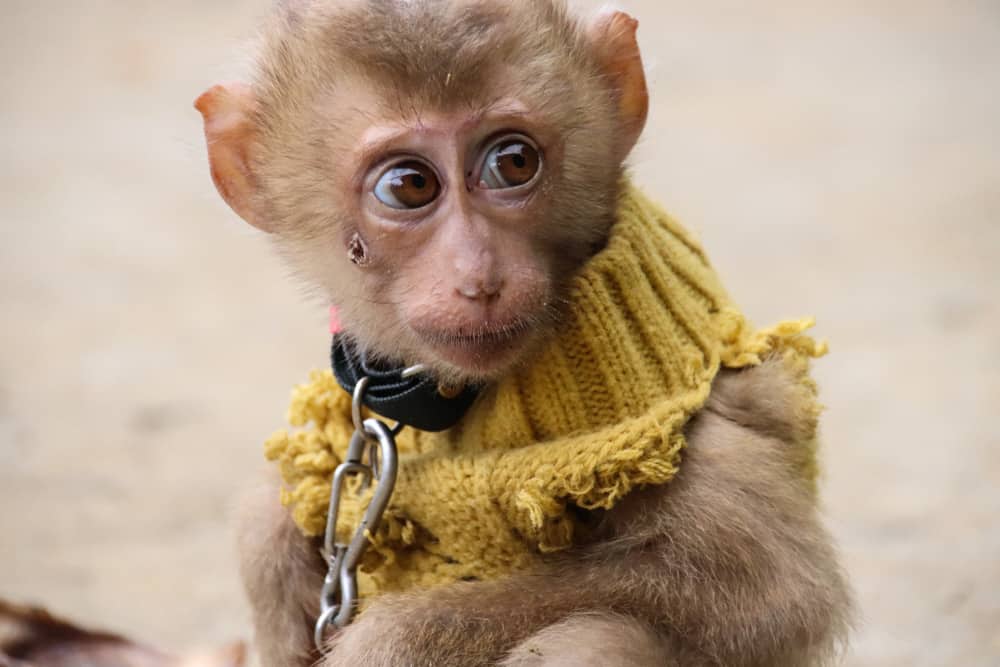 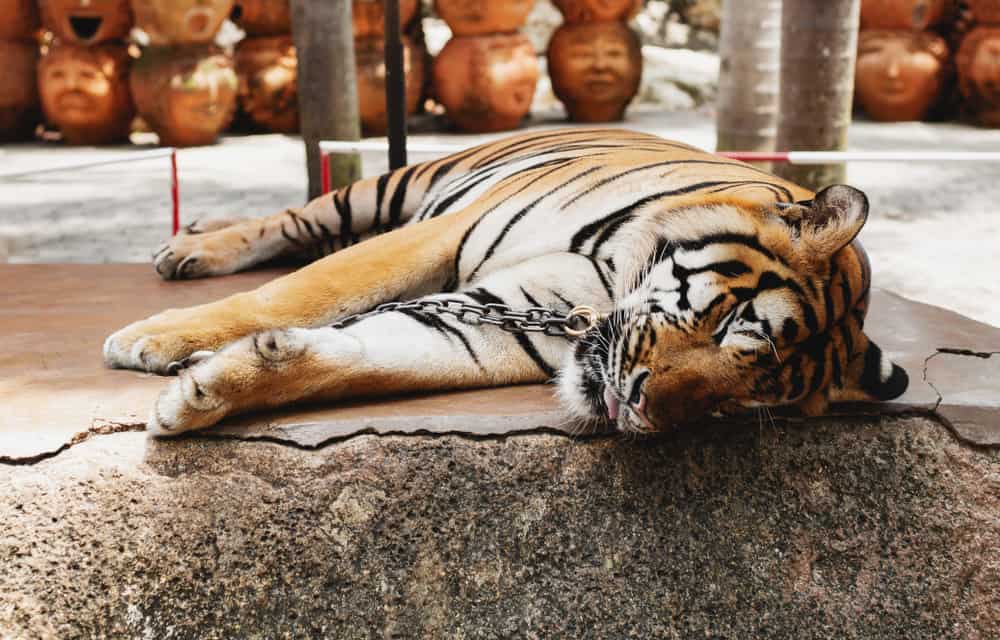 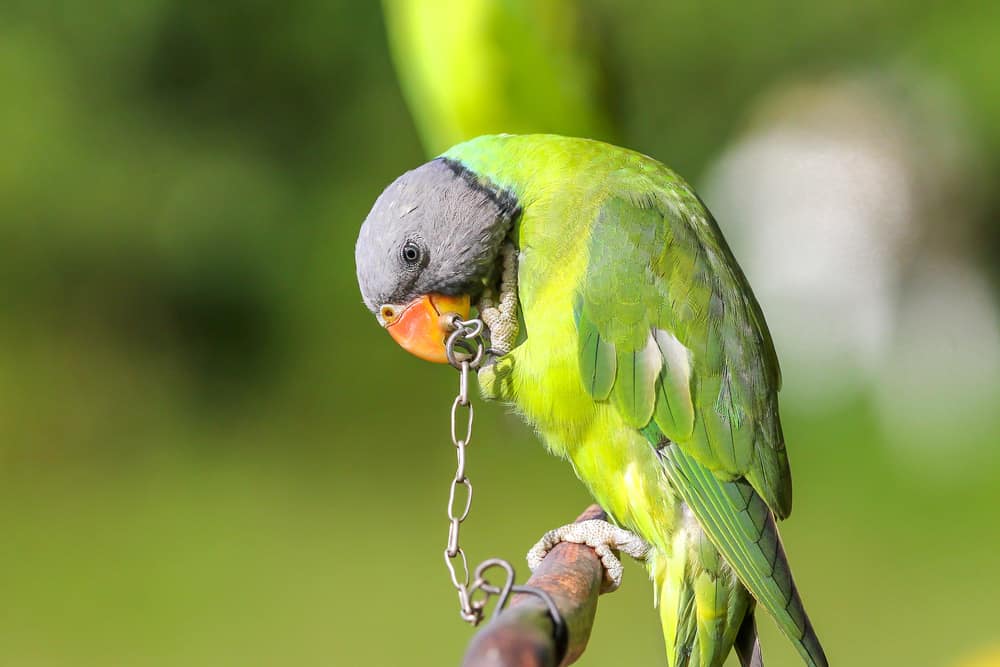 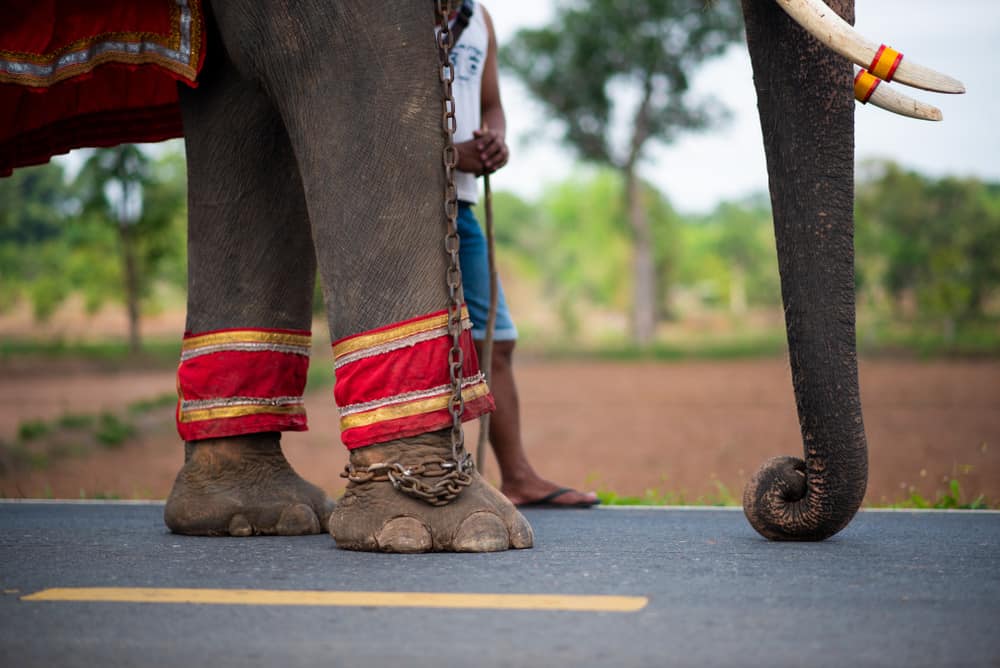 One of the best experiences while traveling is to learn about new cultures and religions. The world and its people are so diverse and fascinating, it’s simply amazing.

One thing that we must keep in mind is how important it is to show respect towards locals and their customs/traditions while traveling. Many countries around the world are strict about dress code, so wearing shorts and tank tops aren’t always so appropriate.

Before going on your trip, take some time to learn about the local customs so you don’t offend anyone. In addition to that, I always think it’s a great idea to learn some basic words of the local language.

It can just be some simple words such as; “hello” and “thank you”, which often is very appreciated by the local people. Imagine how happy you would be if tourists traveling in your country would say hello in your language! 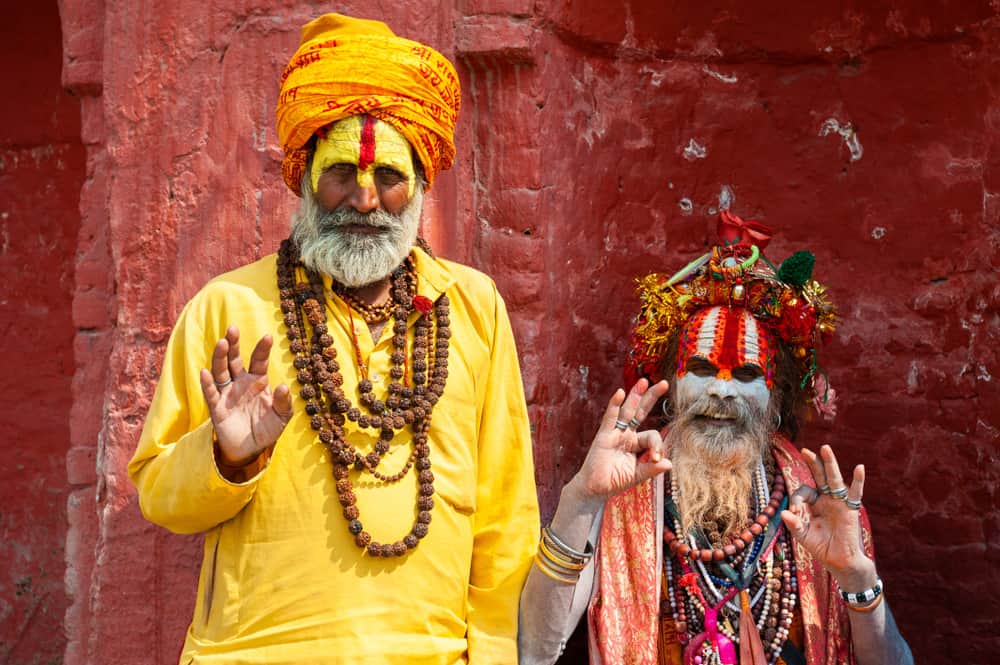 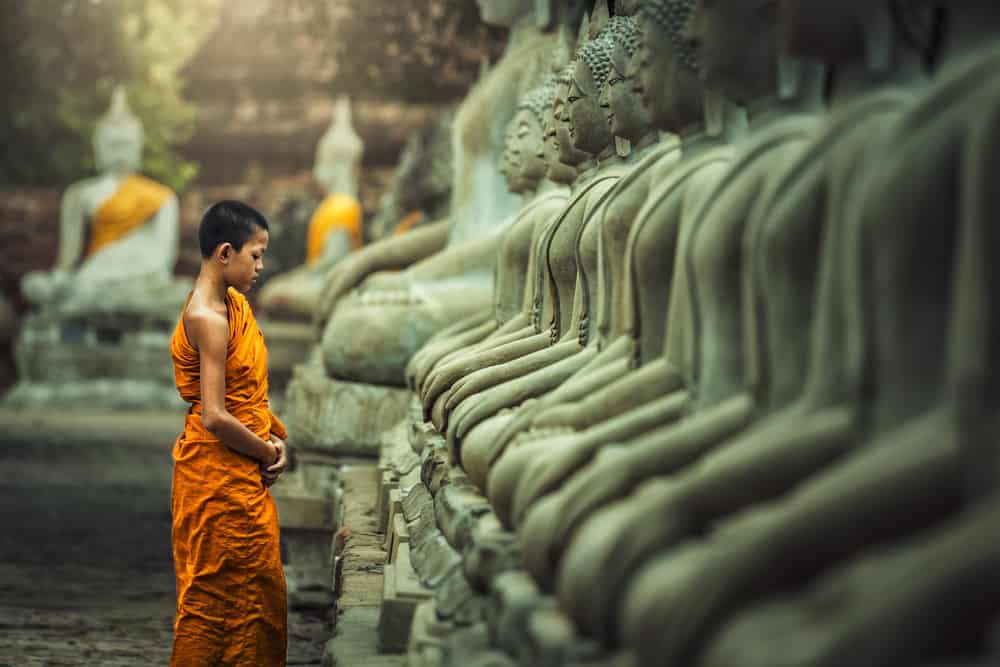 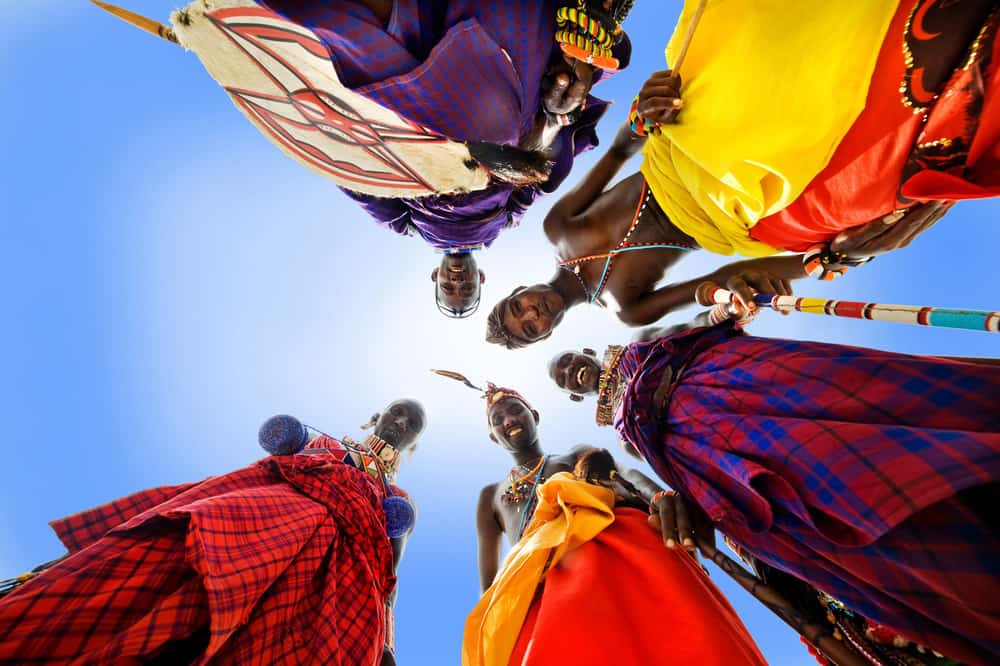 When you’re searching for holiday experiences online, there’s going to come up hundreds of tour operators to choose from in your search results. There are many good businesses that actively work with local communities or help to protect the environment, but there’s also those who don’t care at all.

Too many people book through irresponsible tour operators without knowing they’re supporting something bad, and that’s why I want to inform you to do some extra research before booking your next experience.

Bad tour operators are those who make negative impacts on wildlife and nature – totally careless because their focus is on the money.

Whale watching companies who chase and encircles the poor whales for tourist’s sake, whale shark excursions that feed the sharks all year round so they don’t migrate for food – which is bad for the breeding prospects. Elephant ”Sanctuaries” who let tourist sit on them, have chains around their necks and so on.

There are too many examples of bad tour operators around the world, so make sure to get your research done before booking your experience.

Those tour operators that call themselves good isn’t always true. 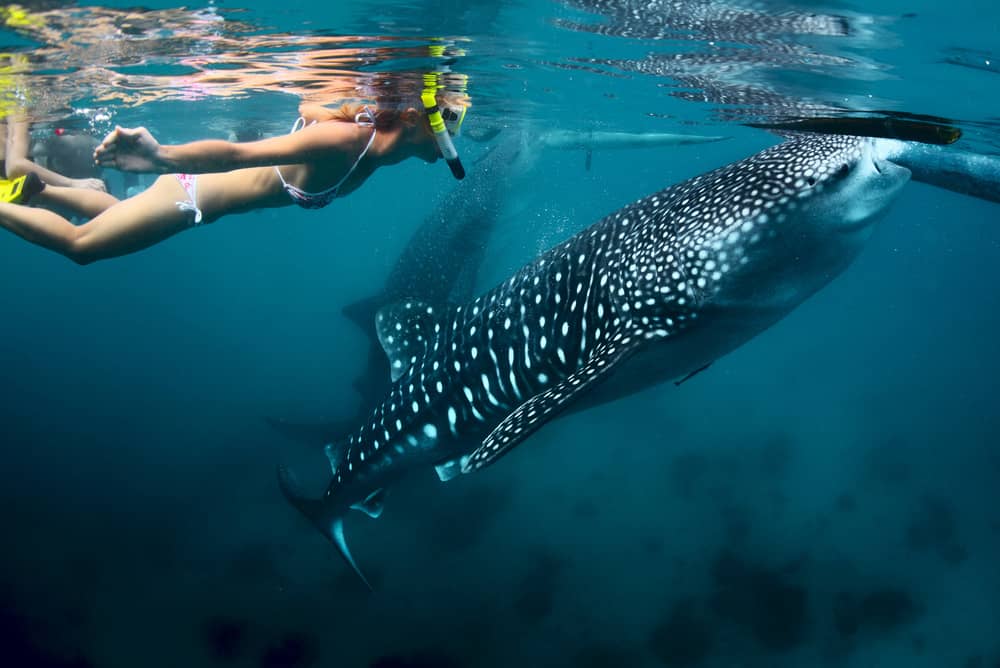 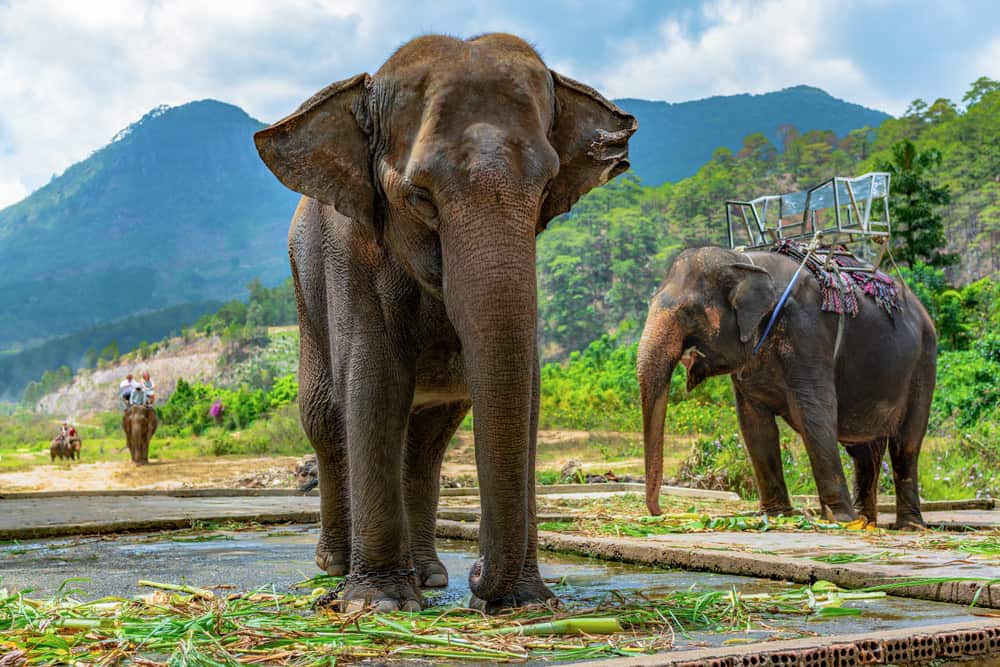 It’s very important that we all do our part to help the environment.

It’s on our beautiful earth that we and the animals live, and all plants and trees that give us oxygen and food on our plates.

The ocean is slowly dying, temperatures are getting higher and nature getting destroyed – all to the change of the environment.

There are many small things we can do in life to help the environment, and down below you’ve got three good examples:

Since we’ve been starting to travel more and more by the years, fragile environments have been put in danger due to the lack of knowledge among travelers. There are too many examples of how nature has been harmed by tourists – which is really sad.

Irresponsible campers leaving behind trash and burn holes in the ground, physical damage to the corals by careless swimmers, divers, and poorly placed boat anchors.

A good example of an irresponsible traveler is famous musician who went to Iceland to shoot a music video. In his music video, he was rolling and running around in the Icelandic moss.

You might think that this isn’t a big deal, but this moss takes hundreds of years to recover if it’s ripped out from the ground – which can happen very easily. And not forget to mention that he’s an idol for many people out there, so they might want to do the same when traveling to Iceland.

Be smart and be responsible. We only have one earth, so let’s take care of it!

When I say stop littering I do not only mean things like plastics and papers. There are many things that people just throw on the streets and out in nature without even thinking about how it affects the environment.

Chewing gums and cigarettes are two good examples of “everyday items” that are thrown in the streets and out in nature.

Cigarettes are one of the most common items of litter in the world. Smoking pollutes the air and the filter takes around 2-10 years to decompose depending on the conditions of the area it’s discarded in.

When you think it cannot get worse, think about that cigarettes are toxic waste and when you throw those out in nature they can end up in some poor animals stomachs sooner or later. Even infants have been seen eating cigarette ends since they literally lie everywhere.

This also applies to chewing gums, which takes around 20-25 years to decompose.

Minimising waste is something that we always should do, regardless if we’re traveling or not. In many countries, they’re not so educated when it comes to environmental questions such as recycling, so it’s important that you do your part to help the environment while traveling the world.

There are actually quite many things that you can do to minimize waste.

These are just a few examples above, but by doing all these small things you’re helping our planet a lot. 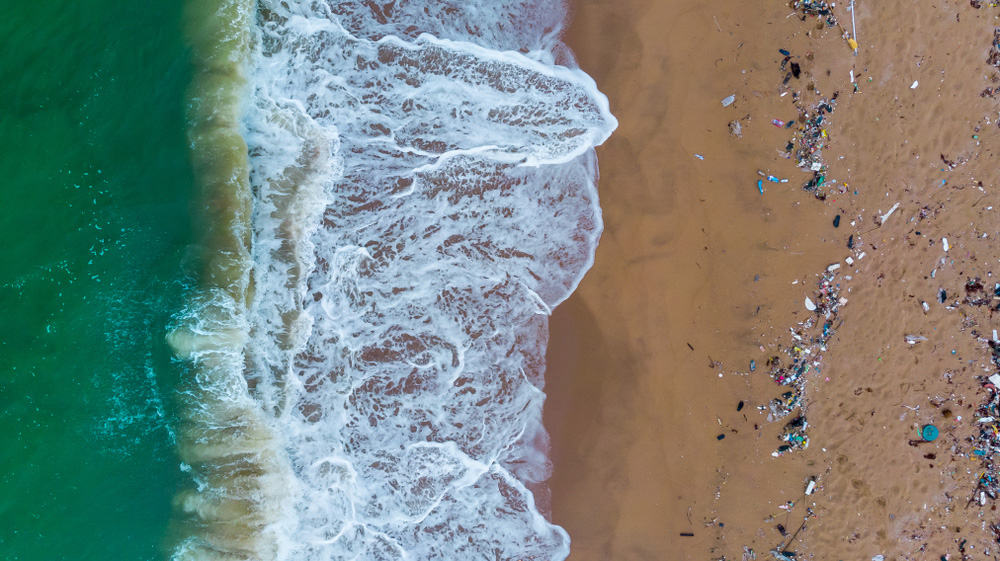 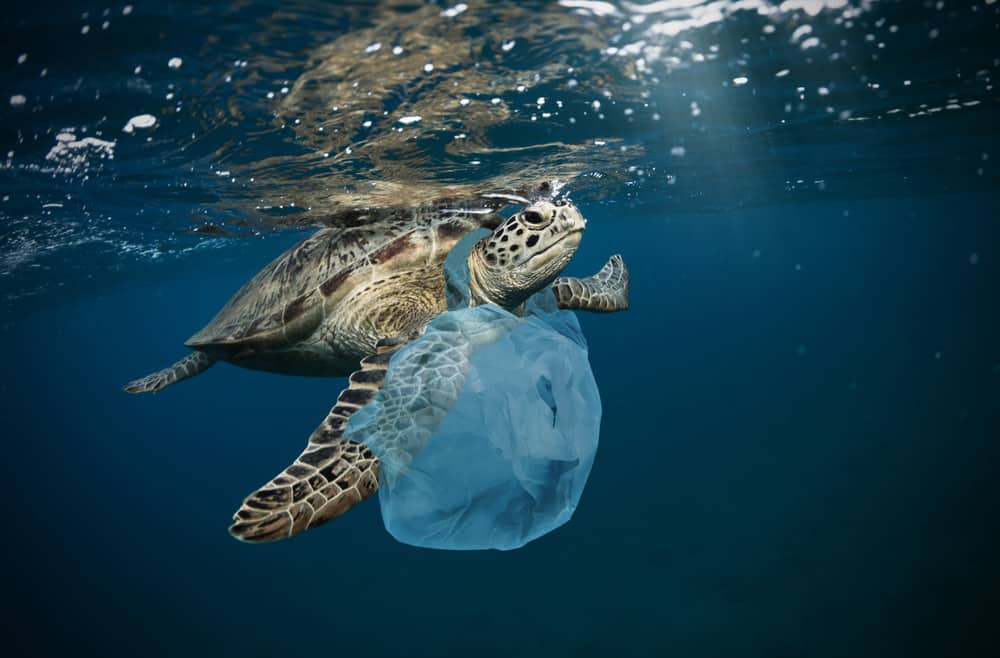 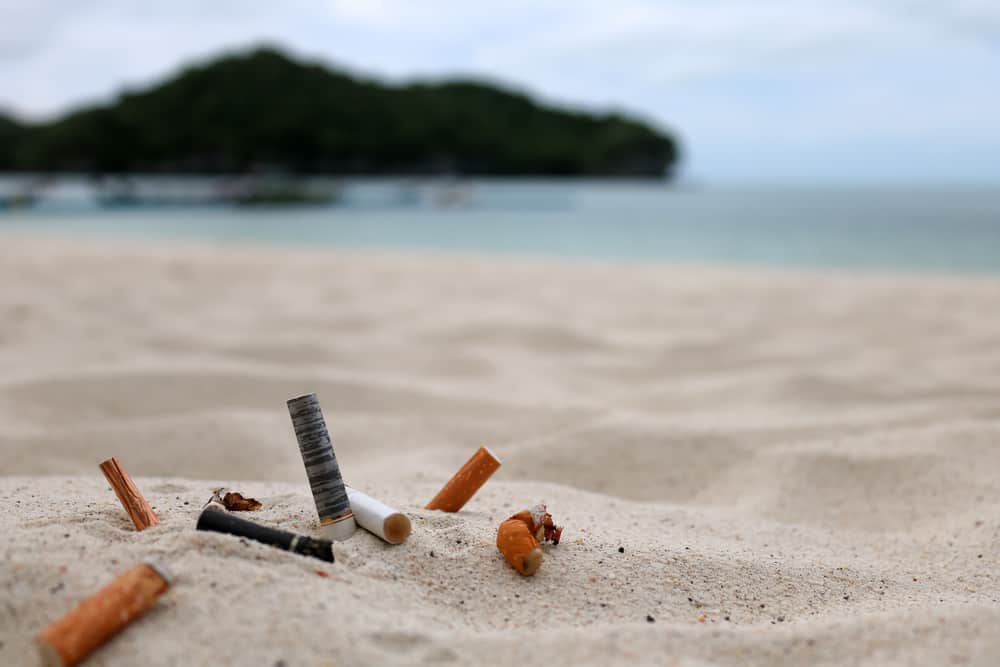 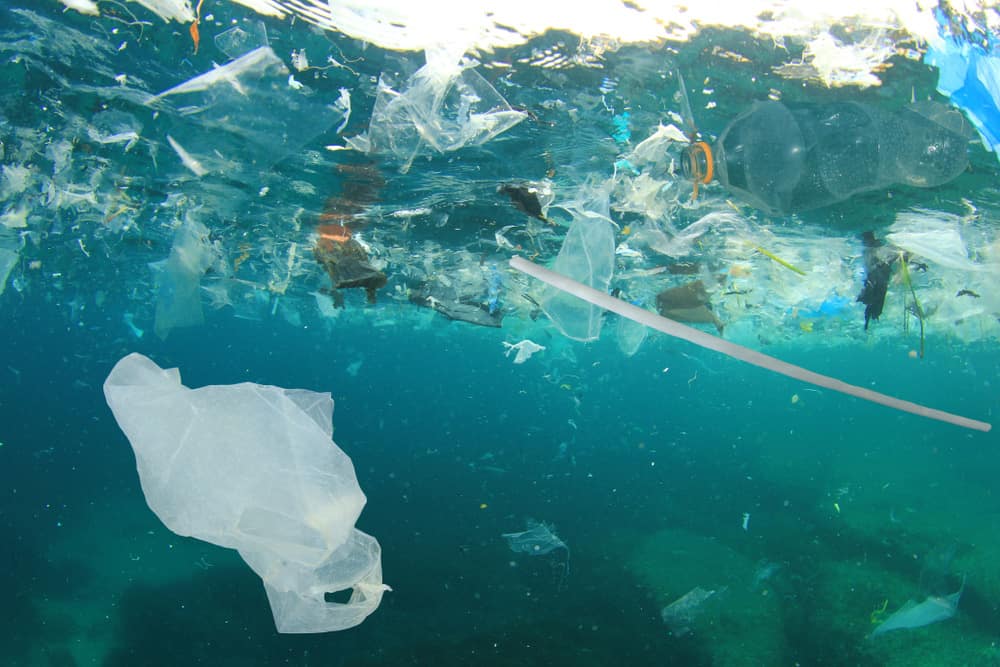 One of the hardest thing while traveling is to see people fighting poverty. It’s really heartbreaking.

Many tourists feel guilty by seeing these peoples condition and the fact that they’re so fortunate, that they want to help them get a better life by giving them some money.

As hard it may be seeing it, it’s important that you don’t give money to beggars as it can inversely impact the local people. Some children get forced out by their parents to skip school to go out begging on the streets for money and when you don’t think it can’t get worse; some infants and animals gets drugged to increase some people capacity as beggars – which is horrible.

If you really feel bad and want to help them in some way, give them a smile, clothes,  a meal or do something fun together with them. If they’re really in need, they’re going to appreciate your kindness. 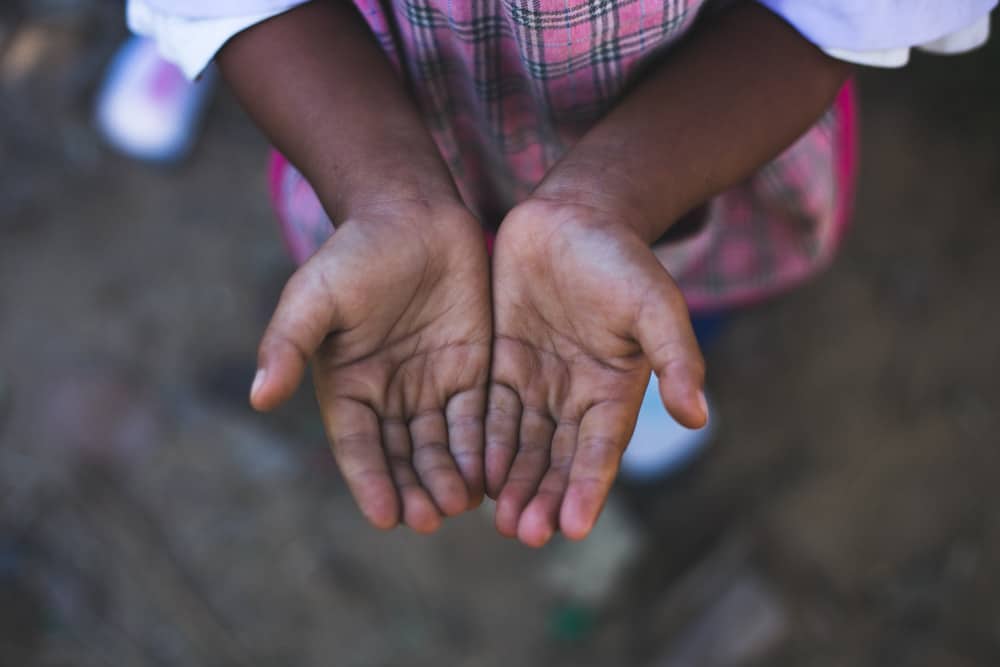 When it comes to shopping there are two things that you must have in mind:

When you’re investing your money in local services you’re putting money directly into the local economy.

For example, if you eat at McDonald’s every day, your money goes directly into Ronald McDonald’s pocket and the local businesses suffer.

If you’re buying at local restaurants, cafés, bars, shops, laundromats and so on, you’re directly supporting the country you’re visiting – which is important.

While we’ve been traveling we’ve seen many people buying things that are bad towards both animals and nature.

Ivory is one souvenir that has been recognized as bad over the years, which is good.

Even though Ivory is one of those things that have been much talked about, there are still many souvenirs that people aren’t even talking about.

Marine turtle shells and souvenirs made out of both shells and corals are not good. When purchasing one of these souvenirs you and your fellow travelers create a demand that leads to more picking of these natural treasures.

The local people won’t stop destroying animals and nature unless you stop supporting their bad business. Be smart and don’t support souvenirs coming from animals and fragile nature. 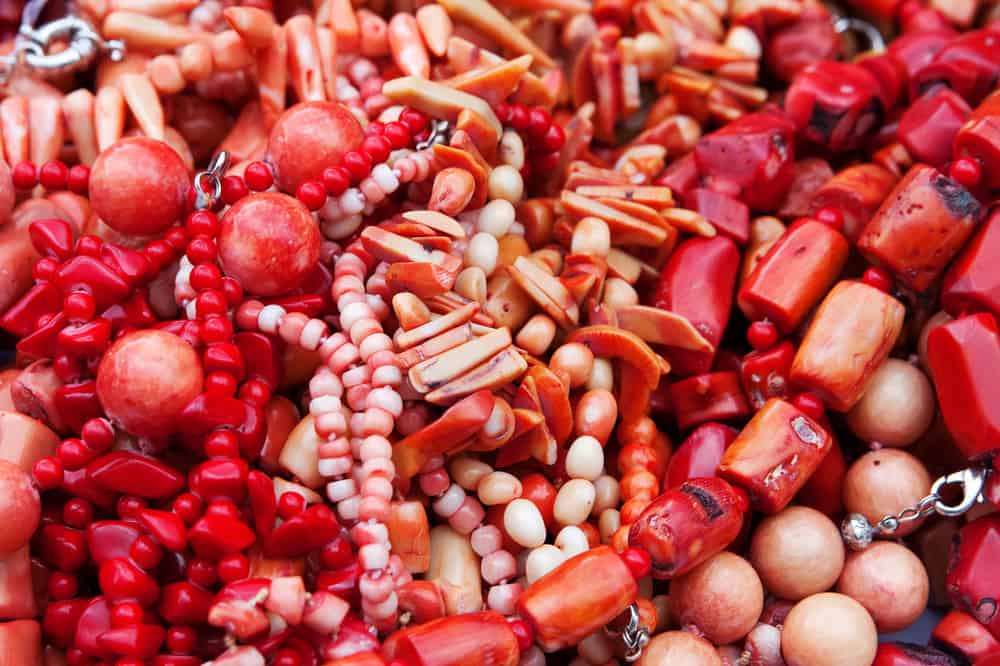 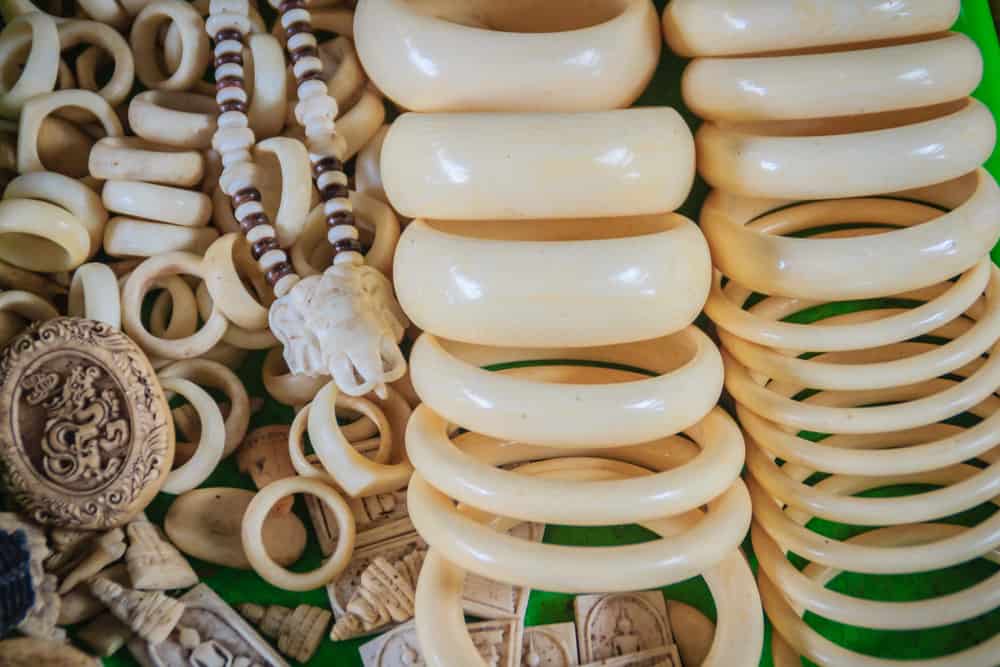 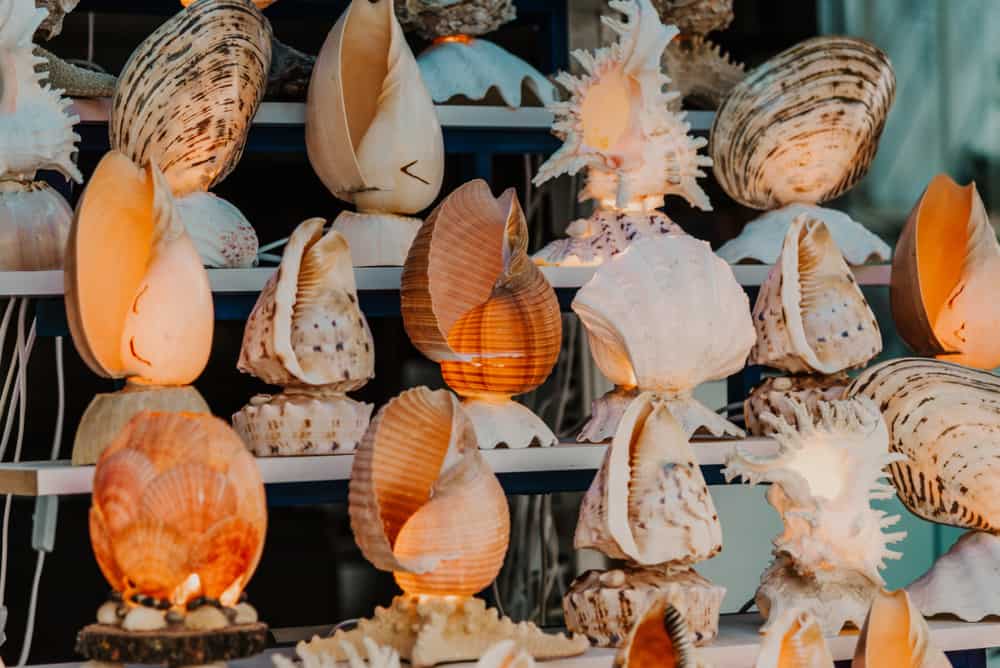