12 Things to Do in Kathmandu

Looking for things to do in Kathmandu? Kathmandu is a wonderful city that’s both lively, noisy and filled with both history and shopping.

In my opinion, Kathmandu’s locals were one of the reasons why I liked the city so much. It’s so amazing to see how happy the locals are, despite poverty and difficult circumstances.

It’s the combination of the lovely atmosphere, the beautiful attractions, and the culture that makes Kathmandu such a memorable destination. Here are my best tips of things to do in Kathmandu as a tourist:

Enjoy the view from Swayambhu

Swayambhunath, also known as the Monkey Temple, is one of the most popular temples to visit in the city. Partly because there are beautiful stupas to have a look at and macaques to see, but also because of the beautiful view. From this place you have an amazing view of the city.

In 2015, there was a major earthquake in Kathmandu that damaged several holy places and buildings in the city, but the famous golden stupa at Swayambhu survived without a single scratch.

Pashupatinath is a Hindu temple known worldwide among Hindus. It’s a sacred place that’s visited by millions of people during the Hindu festival Maha Shivaratri every year.

The complex consists of several religious and holy places that you can visit for a small fee. Before visiting, it’s good to know that they are cremating people in public here, if you are sensitive to such things.

Stroll around in Thamel

Thamel is the heart of Kathmandu and here you’ll find several fun shops and markets that you can visit from morning to evening.

This is a place where both tourists and locals meet in an environment filled with temples, restaurants and shops. You can shop both hiking equipment and Nepalese souvenirs in this part of town.

Make a day trip to Nagarkot

One of the best day trips from Kathmandu is Nagarkot. It’s a beautiful place that offers a view of the Himalayas and a view of Mt. Everest a clear day.

When we visited Nagarkot we stayed at the Hotel at the End of the Universe for one night, which is a nice hotel with good service, nice views and tasty food.

One of my best memories from Nepal was when we watched the sunrise over the Himalayas with a cup of lemon tea in our hands. That is a moment I’ll never forget.

You can buy both singing bowls, local artwork and hiking equipment from well-known brands. When it comes to hiking gear, there are a few stores I can recommend to have a look in;

See Himalayas from above

One of the most memorable experiences in Kathmandu is a flight over the Himalayas.

There are several companies in Kathmandu that offers flights with views of the famous Mount Everest mountain peak.

Buddha Airlines is an airline that guarantees a window seat to see the Himalayas during a 50 minute flight. A flight costs around 200 euro per person, which is not that expensive considering the view you’ll get.

Boudhanath Stupa, also known by the name Boudha, is one of the city’s most sacred sites. This is one of the attractions in the city that you have to add to your list of things to do in Kathmandu.

This stupa has been on the UNESCO World Heritage list since 1979 and is today one of the largest Buddhist stupas in the world.

Unfortunately, Boudhanath was one of the buildings that got severely damaged during the earthquake in 2015, but has luckily been rebuilt over the years.

Momos is a dish that originally comes from Tibet, but is today a local favorite served at most restaurants in Nepal.

It’s basically dumplings made of rice paper, stuffed with chicken or buffalo meat and chopped vegetables. They are steamed, deep-fried, or added to various soups.

When it comes to Nepalese food, it’s a must to taste momos!

Bhaktapur is a UNESCO World Heritage site located just outside the city. It’s an impressive old town where you can see attractions such as the Nyatapola Temple, Durbar Square and Taumadhi Square.

It’s no doubt one of the best day trips from Kathmandu. Expect to spend a couple of hours in this historic city.

In the north part of the Durbar Square you’ll find the Taleju Temple which is one of the most important Hindu sites in Kathmandu.

Unfortunately, the temple is not open to the public, but is still worth a visit to see on the outside.

If you’re in the city during the Dasain festival when Hindus are allowed to enter the temple, you may be lucky to see a glimpse of what the temple looks like on the inside.

If you feel like a relaxing day out in the wild then I can recommend visiting Shivapuri National Park. This beautiful park offers several good hiking trails that take you through beautiful forests, past waterfalls, and up to nice view points.

It’s popular to hike up to Shivapuri Hill Station which is approximately 2700 meters above sea level. It’s a perfect 1-day hiking trip from Kathmandu.

Hanuman Dhoka is another landmark at Durbar Square in Kathmandu. This place was originally built during the Licchavi period between the 4th and 8th century AD and was used as a royal palace.

However, much of the building was built in the 17th century by King Pratap Malla.

Unfortunately, this building was badly damaged during the severe earthquake in 2015.

Things to do in Kathmandu with kids

Kathmandu is a nice city to travel to with your children. There are plenty of things to both see and do in Kathmandu with a variety of historical sites and dining experiences to shopping and rides with trishaws.

Things to do in Kathmandu when it rains

There are several things to do in Kathmandu on a rainy day. You can visit the city’s various museums, sit down at cozy cafes and restaurants to people-watch, and pamper yourself at a spa.

There are many things to do in Kathmandu when it rains.

What are your favorite things to do in Kathmandu? Leave a comment below! 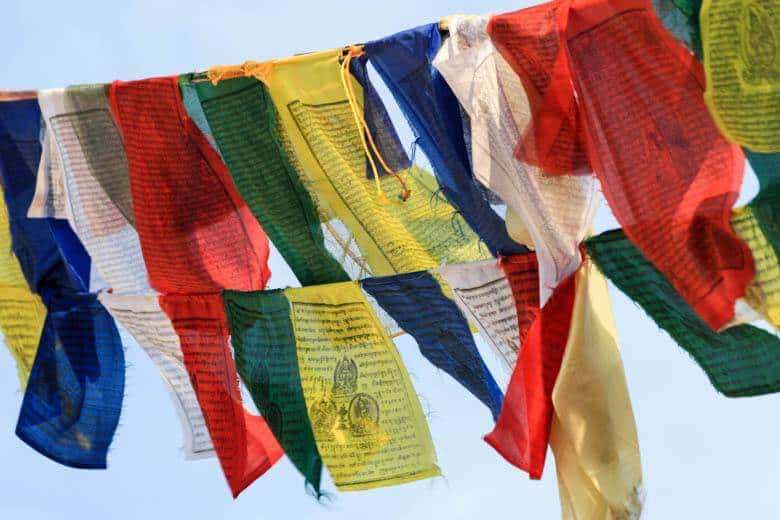 That Time I Experienced an Earthquake in Kathmandu 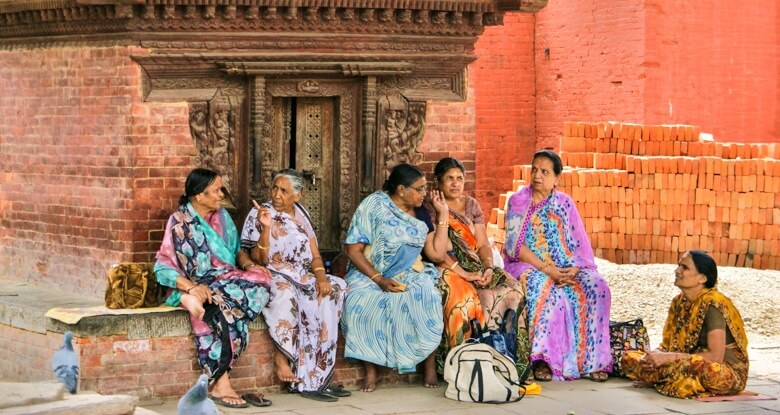 10 Photos to Inspire You to Visit Kathmandu

I’ve been traveling the world full-time for 4 years now, and knocked off some big adventures from my Bucket List. I love being out in nature and see wild animals, and I also have a big passion for paradise beaches and responsible travel.