The Best Arcades in Tokyo

Want to know more about the Tokyo arcades?

The game industry is huge in Japan, and has been since 1978 when Space Invaders was launched. Pacman came to Japan in 1980, and after that, several different games just kept rolling in to the Japanese arcades.

Today, the game industry is worth 450 billion yen a year – which is a crazy number.

It doesn’t matter if you’re a gamer or not, the arcades in Tokyo is a fun place for everyone. You can go to an arcade to play your favorite games, to win some cool manga/anime merchandise, or to simply watch the skilled locals play games. Sometimes you get really amazed by how talented these people are!

I am a little bit of a nerd myself, so I’ve been to many of the arcades in Tokyo. It’s so much fun, but can also be a bit confusing since most of it is in Japanese.

Down below you can read about the best Tokyo arcades, as well as useful information before visiting:

The Taito Stations in Tokyo are my personal favorite places to go if I want to play some games. They have a great selection of both claw machines and all different kinds of games.

I always seem to find the Mario Cart games there, which is my favorite!

Taito HEY in Akihabara and the Taito Station GameWorld in Shinjuku are two of the most popular arcades in Tokyo. 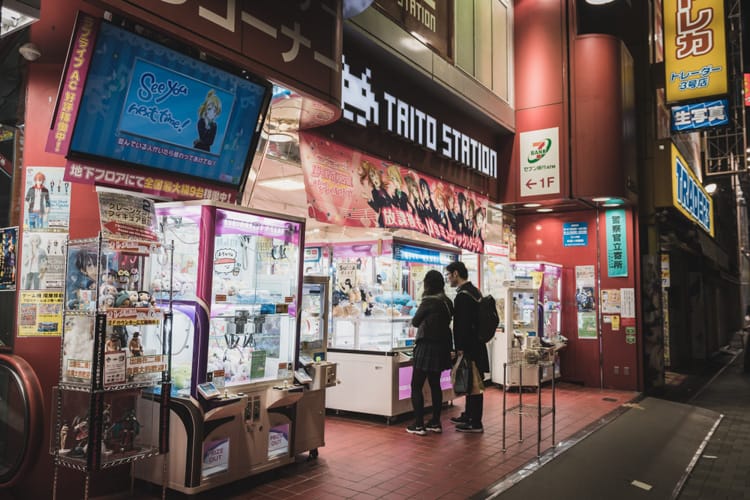 This might not be one of the best arcades in Tokyo, but it sure is one of the coolest!

The Anata No Warehouse arcade is located in Kawasaki and was designed to look like the Kowloon Walled City, once an over populated area in Hong Kong. This place looks a little bit scary, and almost like it’s going to fall apart.

To get to the games you have to walk though some weird places. Down below you have a video to see how it looks when entering the Anata No Warehouse in Tokyo.

Club Sega is another popular arcade chain in Tokyo. You can find Sega arcades all over the city.

The Sega arcade in Shinjuku is the most popular with over 200 machines. The customers of this arcade get the chance to play unreleased trial games and retro games like Tekken and Street Fighter.

There’s so much going on, and so many fun games to play! 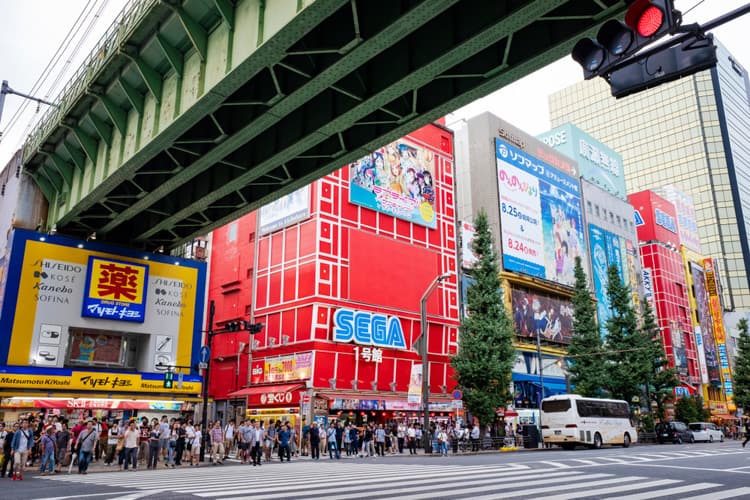 The Super Potato arcade in Akihabara is not one of my favorite game centers in Tokyo. However, it’s one of the most popular among the locals, so it can be worth checking out.

It’s a small arcade located on the 5th floor of the shop Super Potato. Here you have retro games like Super Mario Bros, Tetris, and Street Fighter II.

Another good thing about this place is that the store is full of gaming stuff and merchandise. Many of the things that you find in this store cannot be found anywhere else in Tokyo.

Joypolis is said to be one of the biggest indoor amusements parks in Japan. It’s filled with arcade games, prize machines, and the fun Japanese photo booths.

In addition to this there’s also several other attractions, simulators, and rides to enjoy.

There’s an entrance fee and additional fees for the attractions. However, it’s worth the money if you want an extraordinary gaming-experience in Tokyo! 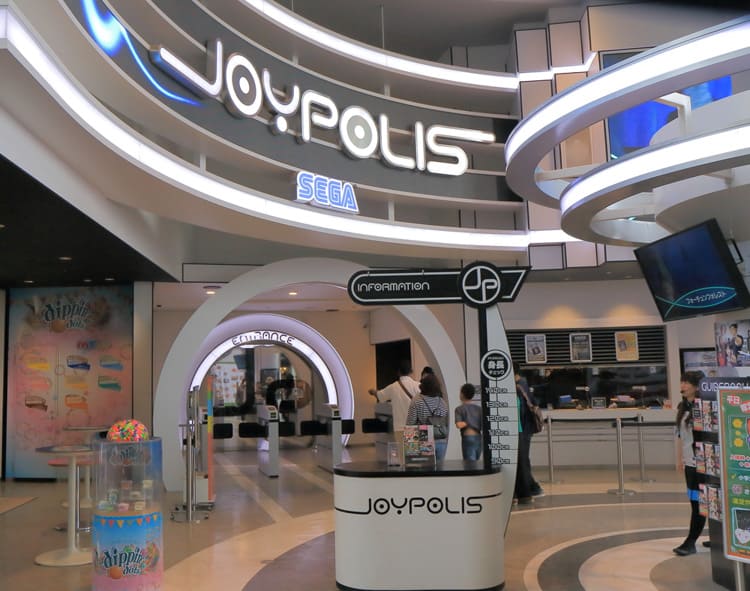 The Natsuge Museum translates into the “Nostalgic Game Museum”, and is one of the best places in Tokyo for Retro Games.

It’s like you’re in a museum with all these desirable games, but here you’re allowed to touch and play with them.

What makes this place so special is that it’s the original boards in the original cabinet housing, unlike many other retro arcade stations out there.

It features several games from the 80s, and is a place for anyone who loves retro games. You’ll for sure feel nostalgic going into this Tokyo arcade.

More about the arcades in Tokyo

What is a Taito Station?

Taito Station is of the leading arcades in Japan with some of the latest arcade games and prize games. The Taito Stations also features photo boots and realistic high-tech virtual games.

The Taito Stations are some of the most popular arcades in Tokyo, so it’s a must to visit at least one of them! 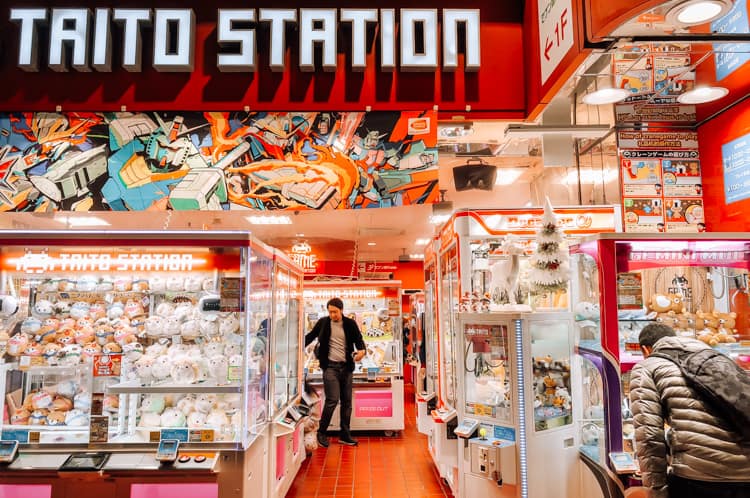 What kind of games can I expect in the Tokyo arcades?

There are all different kinds of games at the Tokyo arcades. You can find everything from Mario Cart and Dance Evolution  to retro games and high-tech virtual games.

In the different arcades of Tokyo, there are a big variety of fun games that are fun for both kids and adults! 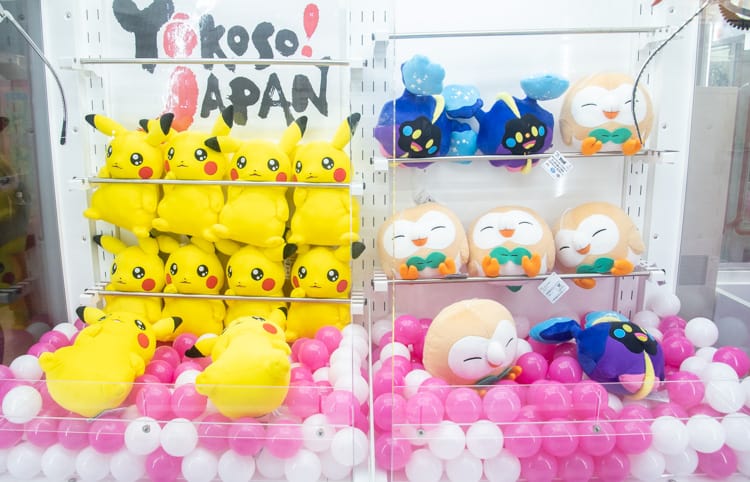 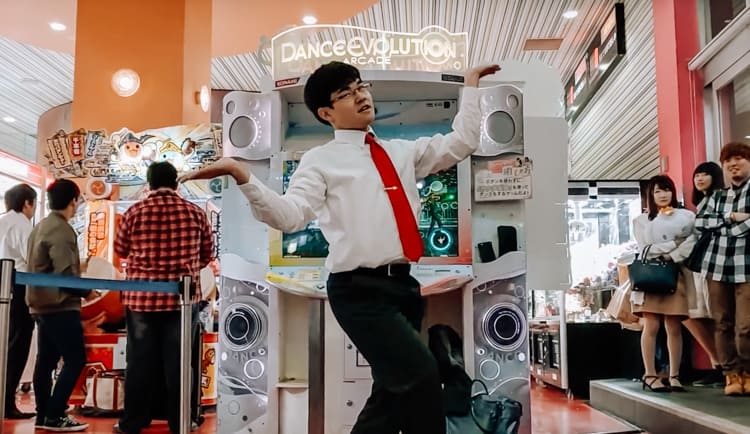 How much does it cost?

The price varies depending on which games you want to play, but I would stay that it cost from 100 yen up to 500 for the more advanced games.

Most of the games and machines cost 100 yen (0,8 euro) to play one time. Many of them also have a discount if you play more than one time.

Is it possible to win something from the prize games?

Yes, it’s possible to win things, otherwise the locals wouldn’t play so much. I have myself won two times on the prize games in Tokyo.

However, there are many different styles of these prize games, so the best is to just try them yourself and see which ones you like the most. 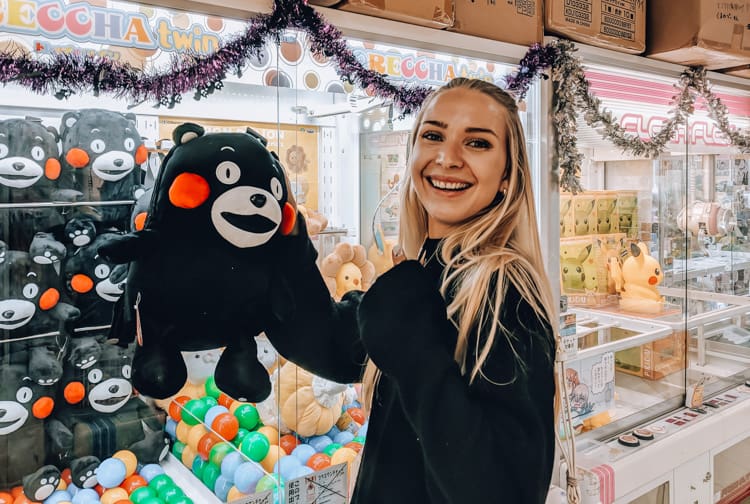 Do you have more questions about the Tokyo arcades? Leave a comment below!