Top 9 Things to Do in Skopje

Skopje, the capital of North Macedonia, is the country’s political, economic and cultural center where beautiful nature meets stunning architecture.

For the last seven years, the city center of Skopje has gone through a major transformation. Today you can easily spend an entire day without manage to see everything that the town has to offer.

There are several things to do in Skopje, including bustling squares, Ottoman-era neighborhoods, religious buildings, and beautiful national monuments. Just an hour outside the city center, you can enjoy the tranquility of nature and hike.

Skopje offers something for everyone, and I can highly recommend you to visit this beautiful city!

The Art Bridge in Skopje is such a sight that all tourists should see. A pedestrian bridge that is lined with statues of notable Macedonian artists and musicians with beautiful street lamps that leads you up to the National Archaeology Museum. A real piece of art!

If you enjoy taking photos, then you just have to visit the Skopje Aqueduct, which lies right outside the city.

The Skopje Aqueduct is no doubt one of the best things to do in Skopje for Photographers. This piece of Roman history dates back to the 1st century when it was used to supply water to the Roman colony of Skupi (Skopje). Later on during the history, it was used for the same purpose by the Byzantines and the Ottomans.

NOTE, this place can be a bit tricky to find on your own – so it’s best to go with a local guide.

The Old Bazaar derives from the Ottoman period and forms today the Old Town of Skopje.

The Old Bazaar is situated right next to the Kale Fortress and offers many narrow and cobbled streets with cute stores, restaurants, and cafés. Except for the food, stores, and cozy streets, you will also stumble upon mosques and great markets. 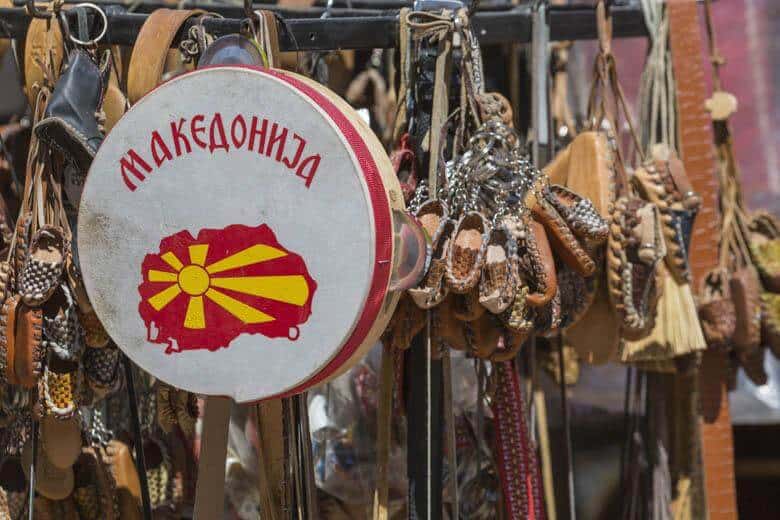 If you’re looking for a great view of the city that is centrally located, then you have to visit Kale Fortress.

This beautiful Fortress has been watching over Skopje since the 6th century when the Roman Emperor Justinian I ruled the city.

During the Ottoman occupation, the Kale Fortress was almost destroyed to the ground, and today only 121 meters of the fortress wall remains intact, along with three watchtowers and other historical findings.

Mother Teresa was born in Skopje, and two years after her death the Mother Teresa Memorial House was built in her honor.

If you are interested in history and religion, then this is a must among the things to do in Skopje during your vacation. This memorial house consists of a museum with several photos, memorabilia, and documents that follow Mother Teresa’s life and religious work. On top of the museum, there is a lovely chapel, which is worth a visit!

Enjoy the tranquility of the Matka Canyon

The Matka Canyon is a stunning lake and gorge which lies 20 minutes drive west of central Skopje.

A day trip to the Matka Canyon is a perfect destination and a must among the things to do in Skopje for nature lovers and adventure seekers. This particular area is home to several monasteries, hiking paths, climbing routes and caves. Lake Matka is very popular among those who like to kayak, swim and dive.

If you want to explore the caves, then you can get there by a boat trip that departs from Canyon Matka Hotel and Restaurant, which also offers great lunch and lovely views of Lake Matka! 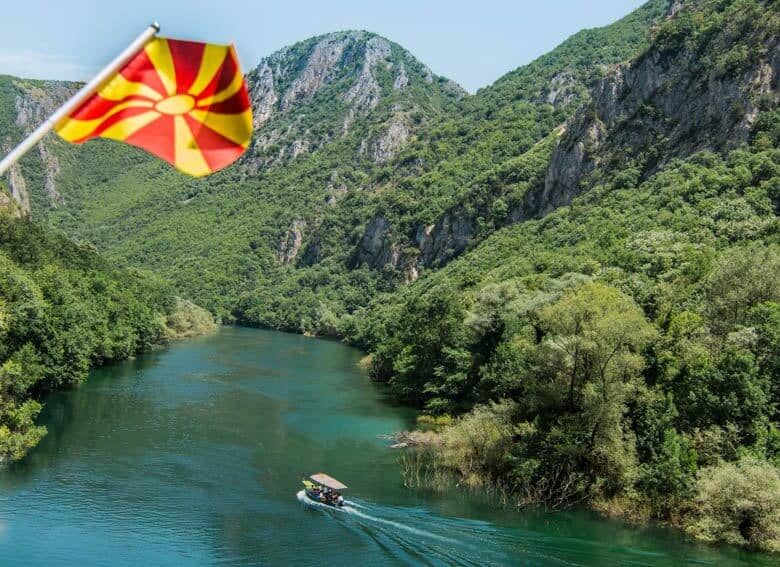 Walk across the Skopje Stone Bridge

The capital of North Macedonia lies along the banks of the Vardar River, so you’d expect, several bridges are linking one side to the other.

During the Roman Emperor Justinian’s rule, Skopje was known as “Skupi” and during that time they constructed a bridge that was made out of stone. The Roman Bridge was later destroyed and rebuilt by the Ottomans in the 15th century, and that is the famous bridge that links the old and new part of the city together today.

If you have a couple of extra days in Skopje, then I would highly suggest you go on a day trip or overnight in Ohrid.

Ohrid is a large town in southwestern North Macedonia that lies on the shore of the beautiful Lake Ohrid, which is an attraction in itself. The lake is over three millions years old, and Ohrid is one of the oldest human settlements in Europe as it was mentioned in Greek documents from 353 BCE.

Ohrid is such a destination that all photographers would love to visit, as it offers a beautiful blue lake, a lovely old town, and lush green nature. A day trip to Lake Ohrid is one of the best things to do in Skopje if you have an extra day or two!

Take a Cable Car up to Mount Vodno & the Millennium Cross

Near town lies the famous Millennium Cross – a 66-meter tall cross that is built on the top of Mount Vodno.

This cross was constructed in 2002 to celebrate 2000 years of Christianity in North Macedonia.

From central Skopje to the cable car station you will have to either walk, take the bus or hire a taxi. A round trip at the cable car cost 100 Denar for one ticket, and you will be treated with an excellent view during your 8 minutes in the cable car.

This is no doubt one of the best things to do in Skopje when it comes to beautiful views!

Do you have any other questions about the top things to do in Skopje? Leave a comment below!