12 Things to Do in Verona

Looking for things to do in Verona? Verona is one of the most important cities in the Veneto region in Italy, and is known for its history, various attractions, and beautiful architecture.

It’s the second biggest city in the region after Venice and dates back to 89 BC. Here are the best things to do in Verona as a tourist:

It’s not only Rome that have a beautiful and well-preserved amphitheater in Italy, Verona has one as well. This amphitheater is just as impressive as Colosseum in Rome, which is something not many people know about.

Arena di Verona is located in the middle of old town and is today one of the most famous attractions in the city. Not only can you explore the theatre on the inside during the day, but you can also visit it during the evenings to see various concerts.

Personally, I think it’s really cool that this amphitheater it still used for its original purpose – entertainment. 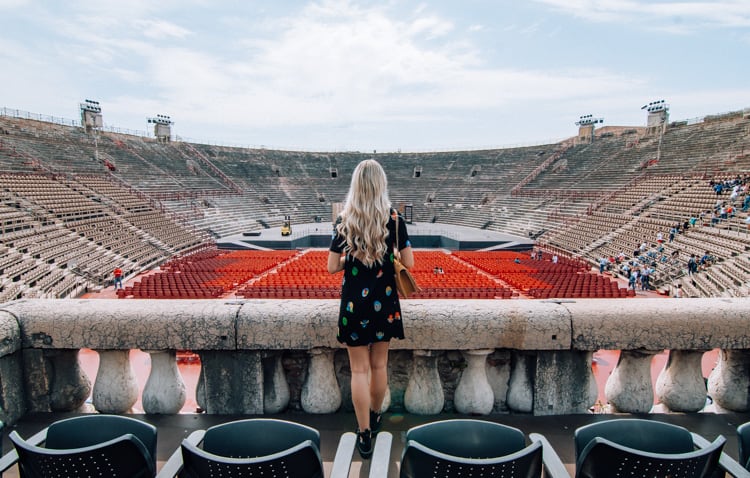 Verona is a city known for being home to several of William Shakespeare’s plays. One of his most famous plays is Romeo & Juliet, which is said to have taken place at Via Cappello in central Verona.

One of the most popular things to do in Verona is to visit Juliette’s house. Here you are allowed to go inside her house and walk up to the balcony where Juliet once stood and talked to Romeo.

This is no doubt one of the most popular attractions in the city, so make sure to stop by and have a look.

If you want to see Verona from above, head to Torre dei Lamberti. Up in this tower you have one of the best views of the city.

Torre dei Lamberti is a tower that’s 84 meters tall and located next to Piazza dei Signori in the heart of old town.

The tower was built in the 1100s, but was not completed until the 16th century – which is something you can see in the different architectural styles. 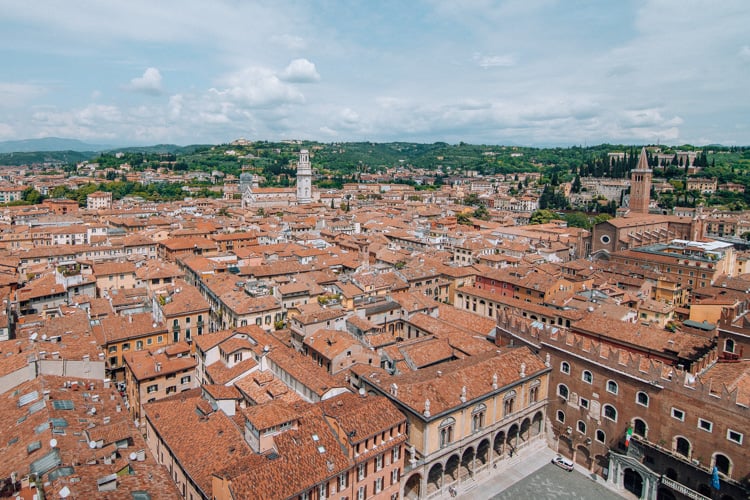 When you’re in Verona you have to visit Castel Vecchio. It’s a castle that has been around since 1354, and has a lot of interesting history to share with its visitors.

It was built as a defense and is today a museum where you can have a look at beautiful architecture as well as art, furniture, and other royal objects. 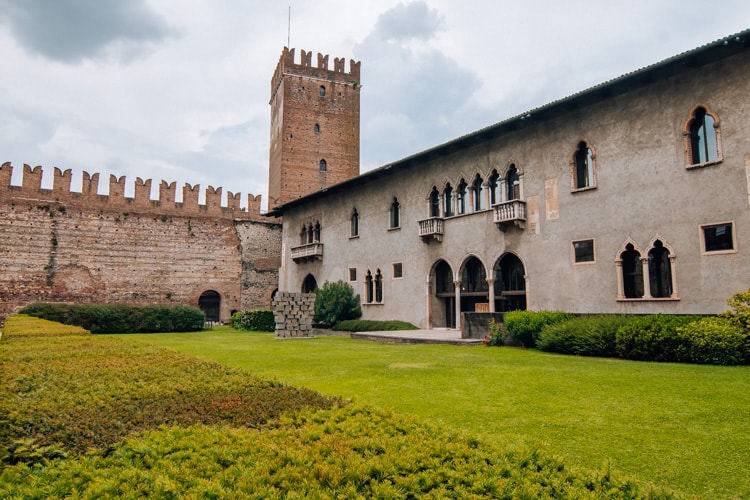 Right next to the Vecchio Castle you’ll find this beautiful bridge built in the same style of red brick. It’s built over the river Adige and is connected to the castle.

In addition to crossing the bridge, it’s also nice to stroll along the river on the opposite side of the castle. Here you have a nice view of the bridge and the castle.

Castel San Pietro is a castle located on the eastern side of the Adige River and was originally the site of a church dedicated to Saint Peter.

During the 1300s, the castle itself was built to protect the city from attacks and stood firm for over 400 years.

Unfortunately, you can’t visit the inside of the castle, but you can visit the area around the castle where you can have a look at the architecture and enjoy the beautiful views of the city.

This is one of the most important religious buildings in the city. Partly for its beautiful architecture, but also for being the fictional place where Shakespeare’s Romeo & Juliet got married.

The church is well worth a visit when you are in Verona. The inside of the Basilica di San Zeno Maggiore is very beautiful with beige and peach colored floors and arches.

If you like to go people watching, then you have to sit down at one of the cafes at Piazza Delle Erbe. It’s one of the city’s most charming squares located in the heart of old town.

The square is lined with beautiful old houses and some of the city’s most important buildings; Torre Lamberti, Palazzo Maffeia and Case dei Giudici.

Sitting down at one of the restaurants or cafes for a drink or something to eat is no doubt one of the best things to do in Verona.

Sant’Anastasia is a Gothic-style church located in the oldest part of the city. The church was built in 1280 and wasn’t completed until the 15th century.

The church is known for its 72 meter tall tower and its beautiful interior which is adorned with beautiful arches and frescoes.

If you like visiting churches during your travels, it’s a must to add this attraction to your list of things to do in Verona.

Do you like to stroll around in beautiful gardens? Then you have to visit Palazzo Giardino Giusti.

Palazzo Giardino Giusti is a palace with a beautiful garden located on the opposite side of the river from old town. This palace was built in the 17th century and is home to one of the most beautiful gardens in Italy.

Definitely worth a visit if you have a few days to spend in Verona!

Go shopping at Via Mazzini

If shopping is your thing, you should visit Via Mazzini, which is one of the best shopping streets in town. Here you will find everything from souvenir shops and luxury boutiques to international and local stores.

This is one of the best things to do in Verona when it rains. 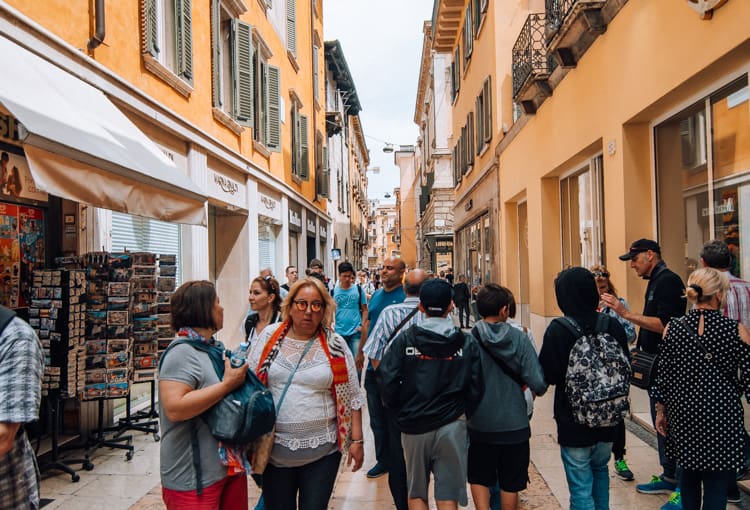 Piazza dei Signori is one of the most popular squares in town and is lined with several beautiful buildings such as Palazzo del Capitano, Loggia del Consiglio and Case della Pieta.

In this square you have both cafes and restaurants where you can sit down for something to eat and drink.

Next to the Piazza dei Signori, you’ll also find the Scaliger Tombs, which is another popular attraction in the city.

Things to do in Verona with kids

Things to do in Verona when it rains

Do you have more tips on things to do in Verona? Leave a comment below!